Are Online Games (MMORPG) Too Fun?

Have you ever tried a MMORPG (massive multiplayer online role playing game)? I played one MMORPG for a few years and will talk about my experience later. There are a lot of opinions about these games both positive and negative. There have also been a lot of stories of gamers becoming addicted to online games. Why does this happen? What are the positive and negative effects of MMORPG?

On The Positive Side

Social MMORPG games bring people from all over the world together into a common community to work on achieving common goals in the game. Players are able to vocally communicate with each other through programs such as Ventrilo. Players are supposed to complete quests, some of which require multiple players to work together to complete the quest. To achieve this goal someone in the group needs to take on a leadership role and assign players to different positions to succeed in completing the quest. In order to level up in the game and move on to new areas you must be social, talk to, and work together with other players. Real, long term friendships and even romances have blossomed from the social aspect of the games.

Do You Want to Date My Avatar (computer image of your character)?

Gaming improves eye-hand coordination. According to University of Rochester researchers, gamers have the ability to split their attention between six targets at the same time without confusion versus the typical four things at once for a non-gamer. Research shows that gamers are faster than most people when it comes to decision making while maintaining a high level of accuracy.

A study done by researchers at the North Carolina State University found that MMORPG had positive effects on the cognitive ability of the elderly. Participants in the study were age 60-77 and played a MMORPG game on their home computers for 14 hours over the course of two weeks. Those in the group that played the game had a significant increase in cognitive function over the control group. Spatial ability and focus showed the most improvement while the ability to memorize saw no change in participants. (source: http://m.digitaltrends.com/gaming/body-versus-mind-gaming-and-your-health/)

Once immersed in the game, it is easy to lose track of time. Being so involved can cause a player to abandon other interests such as a social life outside of the game and other extracurricular activities. Players tend to get less sleep and poor nutrition due to forgetting to eat or grabbing unhealthy food to snack on while playing.

Addiction is not exclusive to MMORPG and not all people who play a MMORPG will become addicted. Some signs of MMORPG addiction include:

The solution seems simple, just delete your character and stop playing the game, right? As with other addictions, it is not possible to just stop (otherwise it wouldn't be an addiction). Deleting a character is like the sudden death of a person's (virtual) ego. It can cause a mental break considering how much time was invested in creating and leveling up the character (avatar).

Social anxiety is one of the reasons for a MMORPG addiction. Some individuals find it easier to make friends and build relationships in a game than in real life. A good transition for becoming more social and backing away from the game would be to join a physical role playing game such as Dungeons and Dragons to experience face to face interactions. If you or someone you know has a gaming addiction, please seek professional help.

I played a MMORPG for about five years. I haven't played in at least three years, but my avatar still exists so I could go back to the game and pick up where I left off. I didn't consider myself addicted, but admit I spent a lot of time thinking about the game when I wasn't playing. The graphics, the world created in the game was gorgeous. The scenery was very realistic, it made me feel wonderful while exploring and completing quests. The music was perfect and lovely. Completing a quest gave me a feeling of accomplishment. It was easy to make friends with other players. I am actually still friends with several people I gamed with and talk frequently by phone. I do occasionally still think about the game. I realized one day that there were a lot of things I wanted to do with my life including being a good mom, write, write music, etc. I wanted to spend what little spare time I had working toward achieving these goals instead of playing a game. Once I stopped playing, I stopped thinking about the game so much, freeing my mind to concentrate on other things. I may not have become a successful writer, I've only sold a few copies of the two songs I've demoed, but I feel more proud of these efforts than any achievements I earned on the game. I'm not blaming the game for not working on these dreams earlier, rather the choices I made with my time.

So we are left with, to game, or not to game, how to find a balance. 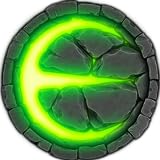