Golf is the true Grand daddy of Big Boys Toys. Golf, and the equipment to play it, have been in constant evolution since the beginning of the game. The first recognition of golf as a game was made in an Act of Parliament in 1457, which banned the sport as it was interfering with Archery practice in the Scottish Army. Needles to say the game won out over the law, though I think many ‘golf widows’ lament that this law was allowed to expire and was never really enforced. Boys will be boys, King and Country aside; it is the game that captures so many of our hearts and minds. It is glorious in its simplicity, devious in its subtleties, and still is the only game on the planet where the contestant must penalize himself for infractions of the rules. My favorite TV Golf announcer, Peter lynch, calls it “The Grand Game” and when he says it you can hear the reverence in his voice, like a perpetually young lad standing for the first time at the first tee of St Andrews. 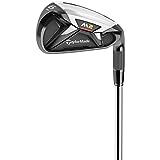 So what do you get for your Big Boy? There are a myriad of options for you here as the modern game is full of gadgets and gear.

Clubs - The Choices are many but these are the top Manufacturers of quality clubs today each has a loyal following and offer the best feel in the game. 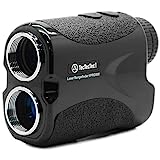 There are also a slew of golf gadgets that vary from high tech binocular range finders and GPS system, to beer caddies and a host of tees, balls, and green tools to name a few. Rarely do they actually improve a score though they all give a little more confidence in an amateurs play and since the hardest part of the game is in the golfers mind, sometimes the most inconsequential thing will make a difference. 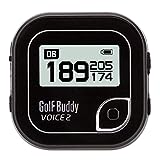 Golf bags have come a long long way since the beginning of the game, and exponentially so in recent years with higher tech fabrics and plastics replacing heavy leather or canvas. The choices are huge and can be tailored to your golfers style of play, If he is a golf cart rider, a bigger cart bag can be great as you can carry so much extra stuff in it 'think Beer, or Chips, or Cigars, not to mention loads of Golf Balls and tees. his shoes, his umbrella, his jacket, his hat, special compartments for wallet, keys, tees, etc... A functional equivalent of a small hotel rooms amenities including the honor bar.

On the other hand, if he likes to walk the course you might consider a fold up cart for the guys past the age when humping it on your shoulder is fun. The younger guys that like to walk the course generally like to carry their bag as well and the innovations here have been really cool since I first played the game. 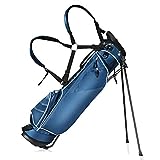 Finally in this array comes the foundation of good golf shoes. There are again many varied manufacturers and styles. It was in fact the shoes that got my Zena to try it a couple of times though she had a long standing hand injury that prevented her from continuing. Though on occasion she would accompany me and caddy for me. We had loads of fun doing that together and if nothing else you may want to give your golfer that most precious gift and that is your time and interest in a sport he loves.

Hit em long hit em straight and be true to the game.

Like What You've Read?? Give it a Thumbs up!

Do You have something to say??? Join Hub Pages - It's Free!!