I have been a big fan/fanatic of old action movies from the 1970s and 1980s; Assault on Precinct 13, Rambo, Die Hard, the list goes on and I saw my first one at age 5; the indestructible Terminator. Seeing Arnold Schwarzenegger punch through a car windshield, repair himself in front of a mirror or decimate an entire police station really blew me away and ever since, made me wish I was this indestructible. Then comes Rambo whose talent behind heavy weapons and a bow is unmatched even by an entire Soviet war machine in 1980s Afghanistan. However, there exist many Terminator and a handful of Rambo games and most of them are pretty good right down to being excellent. Terminator 3 Redemption prime example of how to do a movie license game.

However, what I really want to do here is to feature some films that are yet to leap into the fray of interactive entertainment due to their high potential for a fun time. These films are Deathwish 3 (Charles Bronson) Cobra (Sylvester Stallone) and Assault on Precinct 13. Finally, the games that may be a good base for said adaptations are also somewhat underground in a sense that few remember and even fewer know them; this was done to avoid the fatigue of modern gaming which was created by the trio of first-person shooters, open-world games and action RPGs a' la Diablo.

Charles Bronson is a vigilante hero who takes out an entire gang single-handedly using an arsenal of weapons that includes a Browning M1919 machine gun. The DeathWish movies are a pentalogy (loosely based on a Brian Garfield novel from 1972) but I chose the 3rd film for its emphasis on action; a better premise for a game. DeathWish 3 would make a good isometric shooting, exploration game where the player is seen from top-down as he explores a big map and fights enemies while collecting items and weapons.

The isometric action game formula was started by a 1985 arcade game Gauntlet where the player chooses to play as one of the 4 characters to explore dungeons, collect treasures while fighting enemies. However, the best isometric game for a DeathWish adaptation is Take No Prisoners, a 1997 PC game by Raven Software. Here, the player explores big worlds with fortresses, sewers, derelict cities and cultist temples as he faces enemies that are unique to the different worlds.

The adaptation for DeathWish 3 can feature a new narrative where the player assumes the role of a patrol officer who, after the events of the film in question, gets transferred to that precinct and has to face new gangs that take over the town after the dominating first one (from the film) was taken out. Take No Prisoners broke its in-game world up into different sectors to house enemy factions; each with their own weapons, attack patterns and behaviours; this idea can be used for the gangs in the theoretical game.

While the area would be big, the game won't feature open-world tropes we are tired of today (towers to climb, collectables and bases to liberate) instead, the goal would be, as a patrol officer to respond to the police scanner while patrolling on foot and on a cruiser; the only vehicle the player would use. The narrative would be minimalistic with each piece to be obtained from interrogating gang leaders the player arrests; if the leader is killed the story would follow a different path which the player finds through talking to civilians and other officers.

Take No Prisoners also required players to solve puzzles in order to even access some enemy strongholds; done by collecting special equipment and finding alternate paths through. The Deathwish 3 adaptation can use that way of accessing the late-game objectives as more gang leaders require arresting as each one grows in power. While the premise is relatively simple; to take out gangs and arresting leaders; the game itself would be a simple isometric shooter with exploration elements that includes varied combat using police arsenal of lethal and less-than-lethal ordnance.

Overall, the DeathWish game adaptation would feature a new narrative where instead of the film's hero, the player would see the crime war through the perspective of someone who is involved in it head-first; a police officer. This step gives room for the player to feel immersed in a hostile world where he gets more virtual violence thrown at him as he is in the centre of the crime-ridden world while on a clear extreme side; the peacekeepers trying to preserve what's left of the law. From a gameplay standpoint, this not only gives a varied arsenal of police hardware to experiment but fleshes out the goal set orientation as police work where combat (the main focus) is fleshed out to include many means to take out enemies.

A 1976 film featuring a police officer fighting off an ongoing onslaught of gang members at night in a defunct police precinct with all communications down and rapidly dwindling resources. The film had elements of action, horror and thriller with dark overtones where the hero uses extreme tactics to win. This premise would make a good survival horror game in the style of System Shock 2 where the player had to conserve resources, build his character to suit his playstyle to survive in a hostile world where he is on his own against many enemies; ranging from mutants to corrupt machines. However, while the game in question was sci-fi, the film adaptation would take place in the 1970s with decade-appropriate arsenal, aggressive enemies, minor role-playing elements and focus on melee combat and improvisation.

System Shock 2 is a first-person survival horror, role-playing game where the player moves through an abandoned space station which was taken over by a rogue AI program and an alien life-forms which turned crew members into aggressive mutants. How does this tie to a 1970s film? Well, it does so with the horror elements of being against unfavourable odds with almost nothing in your hands. Assault on Precinct 13 had endless bad guys coming at the hero at night almost non-stop which is not far from what System Shock 2 did. You could clear a room using a semi-full magazine in your pistol to obtain an access card only to come back and there would be different enemies populating that same room.

While System Shock 2 gave you nothing the game adaptation of Assault on Precinct 13 would have the player arrive on-scene in the police cruiser like the hero did in the film, therefore, giving a headstart of a 12-gauge pump-action shotgun and a police nightstick. The in-game narrative would be loosely based on the movie in a sense that the battle would be re-imagined/re-played by in-game actions.

Played from a first-person perspective, the focus, as mentioned above, would be on melee combat alongside resource management and improvisation; crafting elements to create traps for incoming enemies. Taking place within the titular police precinct and it's exterior grounds (car parking, stairwell, rooftops) incoming enemies would be armed with projectile and melee weapons; coming at the player from every entrance point not disclosed to the player. Finally, the game's goal would be survival and respond to goals given via a 2-way radio equipped by the player; talking to the distant police superiors on their way to provide back-up.

Overall, the game would re-visit the film's narrative and leave the action to the player while taking some liberties with the story to compliment the action. Melee combat would be the main feature alongside collecting materials to improvise traps and upgrade weapons throughout the gameplay; taking out a thug with a nightstick, looting his body to obtain bolts to later attach to said weapon to improve efficiency. Finally, the first-person perspective would be used not only for immersion but to add to the horror elements as the player gets a clearer view on his threat.

Loosely based on the 1978 novel by Paula Gosling "Fair Game," the film features an LAPD officer fighting a Darwinist cult. Starting from hunting a serial killer right to an epic climax of a mass showdown where Sylvester Stallone takes out an army of said cultists. The basic premise for a game adaptation would be to take down the cultists in a fast-paced, stylish fashion, therefore, I have chosen a game that would be a good inspiration; Total Overdose. The game in question features agile combat with shoot-dodging akin to Max Payne, special moves and minor vehicular sections despite the game not being in an open-world.

Total Overdose had third-person shooting, vehicular sections, special moves and a hub world to explore for collectables used to upgrade some attributes; adrenaline levels, health and weapon handling. A Cobra adaptation would work in a similar way minus the vehicular sections because the focus would be fighting the cultists using guns, melee weapons and hand-to-hand moves that the player could upgrade and expand.

The narrative of the game would only feature reasons the player goes into an area; e.g. the cultists have taken hostages. Played from a third-person perspective, the player starts with Sylvester Stallone's signature Colt 45. 1911 handgun from the film and builds up his arsenal from picking up weapons from downed enemies. Upon running out of ammo or when the enemies come closer; the player goes into a hand-to-hand mode similar to Dead to Rights; a more impactful, fluent combat system (punches, kicks and disarms controlled individually) which is superior to the popular counter-based one featured in the Batman Arkham games. 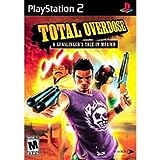 Overall, these are the films that are yet to be adapted to the gaming medium and these are cult games that have good mechanics that would help in making said adaptation better. I felt that I also made a reasonable effort to avoid cliched, trope-ridden themes of most mediocre movie licenses; the open world and first-person shooters which leave almost nothing to the imagination. Most good movie-license games that are good did something differently from a gameplay standpoint which I also tried to convey here as well. Finally, these cult movies would also feature genre elements that we are not seeing lately; survival horror and isometric action, exploration games which would include the aforementioned genre experimentation.