Since being "retro" is in, I thought I would share some games and toys from the past. I know some of these that are listed will bring back memories for many of us. It surprised me just how many classic toys and games that can still be found and are still being made. The one thing I always wanted was an Erector Set and a Susie Homemaker. I never received either one of these but an Erector Set still sounds fun to me even at almost 40 years later. There is also nothing better than a game of Monopoly which I hardly ever win! It is a tradition of playing games with our kids that seems to have taken a back seat to video games or being on the Internet but wouldn't it be nice to share share some of these games with your kids. 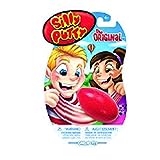 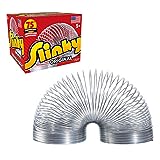 Trademark owned by Crayola. Back in the day when newspaper ink had petroleum in it the Silly Putty would pick up the print and were able to transfer the image. What became a toy was a result of an accident during WWII in making rubber. Who actually came up with the idea or invention is disputed to this day.

Another toy that sprang from a mistake is the Slinky. In 1943 at the shipyards of Philadelphia, Richard James a mechanical engineer was developing springs for the Navy when he knocked one over which gave was the slinky. In 1952 the Slinky Dog debuted and other’s followed during the 50’s. From 1945 to 2005 over 300 million have been sold. 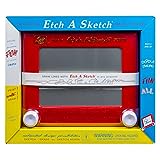 The Etch a Sketch was invented by the Frenchman André Cassagnes in the late 1950’s. In 1959, Andre Cassages took his drawing toy to the International Toy Fair in Germany, and the Ohio Art Company had no interest in it. The second time the Ohio Art Company saw it; they decided to give it a go. In 1960 commercials began to appear on US television advertising a new toy called, Etch a Sketch.

This isn't a toy but is considered a classic game that almost every one of all ages has played. What can one say about Monopoly? It came about in 1903 and was called the “The Landlords Game” and this game idea would lend itself to what would become Monopoly. Though some would dispute this and claim that Charles Darrow decided to sell copies of a game taught to him by friends. In 1935 Parker Brothers bought the right from Charles Darrow and the rest is game board history.

This toy was invented in 1946 by Abe Bookman but the ideas were from his partner Albert Carter. It is a fortune telling device and has a standard set of answers. 10 answers are positive, 5 are negative and 5 are non-committal. Fun to sit around and ask questions to see what kind of answer the ball gives.

The Tinkertoy Construction Set was created in 1913 and came about after watching kids play with pencils and empty spoils of thread. The set was introduced to the public with displays of a Ferris wheel. Over the years Tinkertoy’s have constructed to complex designs and machinery.

Many of these toys and games bring back fond memories. Not on the list but what about a deck of cards! Teach your kids, "Go Fish", or "Crazy Eights" and relive those days sitting around trying to outdo your friends.

Here is some great information on classic board games that everyone can enjoy. Check out Ancient Board Games that make great gifts or games for the family.

Listed here are some of the Top Selling Nintendo Wii Games .

If you are looking for some rare or forgotten toy or game from the past eBay has some fun stuff. It is worth looking into for bargains when shopping for classic games or toys.