Growing up in the 90’s, I played my share of video games, and afterwards I ate my share of video game products. What’s that you ask? How was I able to eat a video game product? Food companies made edible versions of video game characters and objects, such as: cereals, pastas, fruit snacks, and flavored drinks. These video game inspired foods were much more fun to eat than average foods. Nintendo did a lot of advertising with food between the NES and SNES era. Listed below are some of the fun food products, loaded with memories, that were around in the late 1980’s, and early 1990’s. If they were still being produced today, I’d sure be eating them!

“Mario Soda” was produced by Shasta in the early 1990’s and had only a short time on grocery store shelves. These 8.oz sodas were marketed toward kids, and they consisted of four different flavors: Mario Punch, Luigi Berry, Yoshi Apple, and Princess Toadstool Cherry. I drank my fair share of these as a kid. The Mario characters and themes made the soda cans lively, because the cans were made in the image of popular video game personas--if only sodas today had this much spunk. These themed sodas weren’t as successful in America as they were in Japan.

“Nintendo Cereal System” was an over-the-top cereal that was manufactured in 1988 by The Ralston Cereal Company. The box was decorative, and it consisted of two separate parts containing the best Nintendo games of the time. The first part featured "Super Mario Brothers," and fruit flavored cereal shapes that resembled things found in the game, such as: Mario, Bowser, Mushrooms, Koopah Troopas, and Goombas. The second part featured "The Legend of Zelda." Its cereal was berry flavored, and the shapes consisted of Link, Keys, Boomerangs, Heart Pieces, and Shields.

Inside the box, beside the cereal, a collectable sticker of a Nintendo character was included, and twelve Nintendo Power trading cards were on the back of the box. Offers for a chance to win a Nintendo Power Pad, Hologram T-shirt, or Super Mario cereal bowl were also included. I enjoyed this cereal, and its flavor variations, it had a delicious taste.

Let us take a brief break from Mario and look at this classic dot and ghost munching hero--Pac-Man. Pac-Man was the icon of videogames in the early to mid 80’s. He was so popular in fact that t-shirts and toys were created in Pac-Man's likeness. However, one unique product stood out--Pac-Man Pasta. Pac-Man pasta tasted like similar flavored pastas from Chef Boyardee. The excitement of eating it came from all of the creative advertising and fun pasta shapes, which came in these varieties: Pac-Man, Pac-Woman, and Pac-Baby. There were three different types of Chef Boyardee Pac-Man Pasta: Pasta in Spaghetti Sauce with Mini-Meatballs, Pasta in Spaghetti Sauce with cheese flavor and no meatballs, and Pasta in Golden Chicken-flavored sauce. 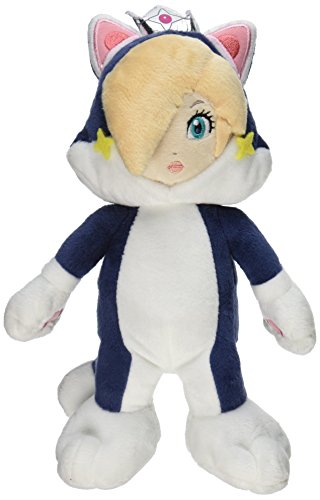 Super Mario 3-DEES is a product Manufactured by Au’some Candies, included in addition to the discontinued Nintendo products of the 1980’s and early 90’s. Super Mario 3-DEES are a much more recent snack than the previous foods mentioned. These candies are roughly the size of a fun sized Snickers Bar, made in a total 3-d shape, not flat-sided like most mass-produced gummies. Its plastic package consists of four randomly selected flavors, and seven gummy candies.

There are also sugar coated sour packages that include gummy candies that have more of a solid build; they aren’t as gelatinous as the original, so they keep a more chiseled likeness to the character they are meant to represent. These gummy candies seem to have a love/hate relationship with the people who consume them; either they taste amazing, or downright horrible.

These video game inspired products stand out amongst common grub, due to the sheer popularity of video games. I grew up eating and drinking these products, and thoroughly enjoyed them. The products that were around in the 1980s and 1990s have since expired, but If we can't consume them then whose to stop us from collecting them as keepsakes? Or collecting them to sell at a later date? In fact, I recently came across "The Nintendo Cereal System" for sale on EBay, priced at a whopping $300.00. Classic video game food items are over-priced boxes of food to some, and unique collectable treasures to others. These products also have the uncanny ability to inspire players to dust off an older system and play a game. So the next time you enter the supermarket, don't be ashamed to pick up that video game food item. If you are a gamer and want to spend more time away from the system, yet not lose contact with your adventurous 2-d or 3-d glory days, feel free to be a kid again, and buy what you like. No one is ever too old to have fun and cherish fond memories of childhood, whether it is through food or another means.