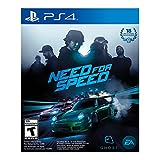 For a Windows user, first desktop based game would probably be 'Solitaire' or 'Minesweeper'. Those who have also worked on MS-DOS (Disk Operating System) might have played some word games. There was a time when no rich Graphical User Interface (GUI) based games were available, so even playing a character or word game was fun in itself. You had to hit the falling characters by typing the same character from computer keyboard. As game becomes fast, it became more exciting, the same way it happens with rich graphical games.

With the introduction of user friendly Operating Systems, gaming industry also advances. Initially, simple GUI based games were developed to see the market reaction and response. Games like Solitaire and Minesweeper are still played by many persons all over world, even being decade old games. With the advancement in technology, development of rich graphical games started for PC users.

Online gaming industry is also booming as Internet has already marked its presence around the world and online games are also not way far from making their presence feel globally. With the introduction of games like 'FarmVille' and 'Mafia Wars' on Facebook, online gaming is getting more popularity and user base. But, desktop based games are still popular and can easily outweigh online gaming users. Games like 'NFS' (Need for Speed), 'Age of Empires', 'FIFA' are quite popular and played by a large community of PC users.

Some desktop games are single-player games, they can be played individually. There are some multi-player games, which can be played on LAN (Local Area Network). These games are normally played by group of friends or in some game parlours, where different PCs are connected via LAN cable. 'Unreal Tournament' is one of the famous multiplayer network based games that is enjoyed by various gamers around the world. This game has engaging graphics where you have to kill the other team by using a number of amazing rifles and snipers.

'Call of Duty' is another desktop based multiplayer war game with super graphics and sound. This game will make you feel part of an actual unit rather than a one man killing machine. There are lots of war based games like Star Wars, Street Fighter and the list goes on quite long. Earlier, there were few animated games but now time has changed and there are few simple games left that are famous. 'Bejewelled' is a simple PC game that can be easily downloaded. No matter how wide internet may become, but desktop based games will remain there and people will continue to enjoy playing them.