When you play Munchkin, you don't get much sympathy when you're in first. No one really likes you, and they have to receive a significant reward to be convinced to help you out. If people need to get rid of Curse cards, you're more likely a target than most of the other players. Wouldn't it be nice to have a little bit more incentive to be in the lead during a Munchkin game?

I'll be honest, there really isn't much nuance about this card. It gives a variable bonus, either +1 or +5 depending on your position in the game. It occupies one slot of Headgear and is valued at 900 Gold Pieces. However, one shouldn't be quick to sell it (when are you ever going to have headgear that gives you more than +2?) as the description reads "You get the +5 Bonus if you are in the lead (of levels) and no one is tied with you."

Basically, if you're level 2 and everyone else is level 1 as the base values, attribute an even spread and it continues to work. As long as you're one level above the second highest player, not tied with them, you get the +5 Bonus. If you're tied, it's still +1. 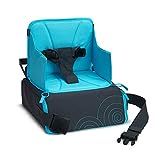 With this card, play aggressively! Challenge riskier monsters, play your Go Up a Level cards immediately, sell unwanted or second-rate Treasure cards, and so forth. Truthfully, there isn't much nuance to it. You get an extra +4 whenever you're in the lead which may be enough incentive to play aggressively, or you may just have the right kind of draw and regularly play in 1st. With this card, the idea is to tackle bigger challenges earlier on in the game before other players stockpile cards to effectively stop you.

Also, hold on to your Curse cards that cause other players to lose a level for when you tie with another player. That Curse card might double as a +4 bonus anyways.

Also, if you fall so far behind the lead, just sell this card. All you need is another 100 Gold Pieces and you get a free level!

Conversely, if another player is utilizing this piece of equipment, you have a different way of manipulating other players. Did you know you can play Go Up a Level cards on other players and they must accept it? When the user of the Crown of the Victor is in the lead and are barely winning a combat, cause another player to level up to tie with said player to rob them of their +4 bonus. It's a little roundabout, but it's a fun way to screw over another player.

This literally goes with any deck, that goes without saying. Some decks have one or two cards that have a focus on the first place player during the game but those are for you to find.