There aren't enough equippable cards with variable bonuses. Here comes the Executioner's Axe, one that relies more on the appearance of the card (which may become debatable) instead of the usual gender or numbers on the monster.

It's a Treasure card, more or less designed for the Core/Fantasy Munchkin deck, but can be applied to any other genre. It's a 2-Hand Big item that gives a +2 Bonus. That's awful, you say? Not quite. The special effect on its description says this: "Receive an additional +2 for every head the monsters' have." So, what's that mean? By default you'll have a +4 against any single monster (unless it has an amorphous shape or somesuch).

However, this card becomes more amplified depending on what you fight. The Wight Brothers feature two undead monsters with the head/neck combination. Using the Executioner's Axe, this custom card becomes a +6, not including any item enhancers already on it. If someone is to add, say, the Lame Goblin to your fight, the Executioner's Axe receives an additional +2 for the neck/head combination, reaching a +8 bonus. It's pretty good, but for some of the monsters in the game, say Fire Hydrant, you'll have a +8 bonus without any additional work.

Obviously this card is effected by duplicators such as ...And Its Mate or Two-Headed, which effectively doubles the Executioner's Axe's bonus. It's also affected by Monster Enhancers. Before you complain, think of it this way; most monster enhancers start off at least at +5 with one head on the card, if any at all. The monster will still have a stronger bonus than the Executioner's Axe will. However, there are a very few that will make the axe stronger than the monster, such an an enhancer card that features three beings with different heads which would give this card a +6 and the monster only a +5.

This is certainly not a game-changer or over-powered card, but it can be fun and presents something of a mystery bonus before the monster shows its face. 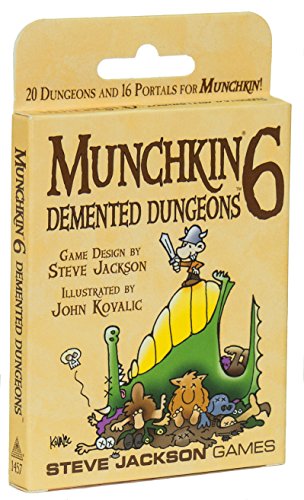 Truth be told, this can can function well enough with any thematic deck. It may be the only big item in the Star Munchkin decks but it shouldn't break up the gameplay too bad (since Star Munchkin doesn't really have Big items, it doesn't really overlap). It might also contrast with the theme of the deck (such as Munchkin Impossible or The Good, the Bad, and the Munchkin) but really, Munchkin is designed to be looney.