Custom Card Ideas: I've Got One Too!

Versatility out the wazoo. A lot of the cards I create are very specific, designed to bring about a specific goal or purpose. It's not that they're usable, but they have to fit into certain strategies in certain ways. Well, this card isn't like that, at all, and gives you almost unprecedented power for one action.

This card copies any other card perfectly, within certain restrictions (as in, you cannot simply name Annihilation and then remove another card from the game). Let me explain. The card reads, "Select one card from play, the top of the discards, or a card in your hand. Play this card by calling it by that name. This card copies that card until being removed from play."

If it's a Treasure card, it can be equipped normally. If it's a monster in your hand or the top of the discards, you may play it immediately like a monster card. If it's an effect card like a Curse!, play yours at the same time to wreak double the havoc. Even pair this card up with one of your own for more mayhem!

Please keep in mind though that all rules and restrictions to the card being copied are still to be enforced. If someone wants to play this card to become a specific Race while in the middle of combat, he or she can't do that and must wait until the legal time to change their race. Same goes with equipping items, selling items, playing Monsters into combat, and so on and so forth. 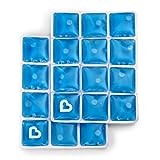 In terms of versatility, this card is outrageous, I know (The most immediate thought would be a copy of the Annihilation Card against the Annihilation Card, or two players wearing Magnificent Hats). However, that's why this card was made. There's only one, it's a Door Card, and it can be used in nearly any way or fashion. Level up? If you want. Counter Curse cards? Definitely. Friend won't trade you his awesome weapon*? Copy it for yourself.

While it seems this could be a Divide-By-Zero card (similar to dying with a Rubbish card) the players must always adhere to the rule of priority. The card this card is copying will likely have been played first and will take priority first (unless someone uses Annihilation on an Annihilation card). However, if you do make this card and you encounter a Divide-By-Zero situation, let me know! I'll include it here and give you a mention if you want.

Speaking of the Rubbish card, if you have two Rubbish cards in the deck with the added effect of needing 3 to automatically win the game, you can use this card to copy a Rubbish card for the third piece! Personally, this is how my custom cards line up.

*Note: If someone copies a weapon with Item Enhancers on it, this card will not have the Item Enhancers. It copies one card, not an item. The same goes for Class cards with class enhancers and other cards in similar capacities, monster enhancers, and other similar enhancing cards such as a Super Munchkin or Half-Breed card. Remember, it copies one card, not everything that's attached to it.

Literally any deck! This card is designed to be the most versatile of any card, custom or otherwise. You can control the flow of Cultists in a Munchkin Cthulu, copy somebody else's Bananfofanafaser (but not other gun attachments) from Space Munchkin to add to your own -aser weapon, or any other number of techniques unique to various thematic decks. Really, this card goes with anything.