The basics of making a character

I am going to assume you all know about making characters in the Dungeons & Dragons game and will focus more on the making of the Warlock character. If your new to making a character in D&D this might be a bit advanced for you as I will skip over the basics of making a character.

The first thing I think about when making a character is what I want their story to be, how do I want to play the character, what is his/her story before becoming an adventurer. I want to know what their personality is going to be and what is their goal in life. These things make it easier to know what to make and how to make them.

As I said above this is about making a fun character to play and also coming out with a fairly powerful character. If you're looking for a metagame, kill all, be all character this might not help you.

I guess I am old school and want a character that is strong yet fun to play with in a group. He/she doesn't need to be all powerful. I will try to show all the different options and you can adjust where you need to, to make the character you want. I will also tell you what I choose to make one of my favorite characters so far in 5e.

As the Players Handbook says you should start with your Race.

Some races might be favored for a warlock due to increases in your Charisma or Constitution, like the Half-Elf (plus 2 Cha), and Tiefling (plus 2 Cha) really you could pick anything. Personally I went with Tiefling cause it tied into my story and vision of what I want the character to be.

I wanted a fairly mysterious character who is torn between wanting to be a good character but being drawn to the evil. He fights everyday to keep his inner demons within him from raising up. So two things worked well for this vision, the Tiefling with the Infernal bloodline works well and of course the Warlock with the Great Old One works well for this story. (I will get back to the Great Old One)

So first figure out your story then find a race that will fit that story.

I guess the first step to building this all would be to check with your DM if they will allow you to put the scores in any order so that you can make the character you really want. Our group was allowed to roll the 6 ability scores and choose where they went.

Building a Warlock your two most important scores are your Charisma and Constitution. Those should have your highest scores. After that it's really up to you where you put the others.

So what did I end up with? A character that is pretty quick on his feet (DEX) but average in Strength (STR), both his Constitution and Charisma are high. He is intelligent enough to know what to do but I left his Wisdom a little low as he sometimes doesn't know when to do something or if it really is the best idea. He fights his inner demons on what the best course of actions is.

When you are putting your numbers in think how they might affect your story line. Is he oddly strong? give him high Strength. Does he trip over his own feet? Well, then his Dexterity should be really low.

What step to do next?

So here is where I kind of jumped back and forth trying to make the character exactly the way I visioned him. You can either go with the class and get that all done or do the personality and background.

So here I will tell you about the class in itself and then we will move on from there. The Warlock gets its powers from another worldly being not a God but maybe a demon or archdevil or some other being that you and your DM can work out.

Warlocks are all about needing more knowledge and this can drive them into service of this other being. Think about what brought you to this being, did you seek it out or did it find you and why? Do you want to work with it to get more powers or do you fight to get free from it?

For me I decided that my character wished to be powerful and once said he would do anything for power. Careful what you wish for. The Great Old One heard his call and took him in granting him powers that he would learn to regret.

One of the first big choices in building your Warlock will be the Otherworldly Patron that you serve. These patrons will give you access to some extra spells and other features that you will get every few levels.

The Archfey, The Fiend and The Great Old One.

Each of these give you different abilities and once you make your choice there is no changing it so think about it carefully.

The Archfey is a lady or lord of the fey. They come in both good and evil, they are quite tricky and do revolve around the nature and the elements.

The Fiend comes from the lower planes of existence, a being whose aims are evil.

The Great Old One is a mysterious entity. Its motives are incomprehensible, and knowledge is immense and ancient.

When looking into choosing one of these see how it fits into your background story and see which fits your idea of the character that you are wanting to play.

Personally, I went with the Great Old One, it fit my thought of being a mysterious character and wanting to fight the evil that is in him. Plus, it put in the story that he will try to protect the knowledge he has from anyone else getting the knowledge.

So what are they? In your studies of occult lore, you have uncovered some forbidden knowledge that imbues you with these magical abilities. They can give you better skills, extra spells, more powerful spells or a number of other enhanced abilities.

Again, try to pick the ones that work well with your story. Personally, I took Agonizing Blast which adds your Charisma modifier to the Eldritch Blast cantrip damage. I also took Mask of Many Faces which allows me to cast Disguise Self at will. These I though worked well for me, I mean who doesn't want to do more damage with Agonizing Blast and if I am trying to find more information sometimes it is better to be someone else. 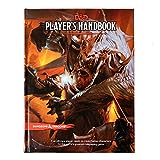 Pact of the Chain gives you the spell Find Familiar and also allows you to choose a special form of familiar. Imp, pseudodragon, quasit, or sprite. It also has a few of the invocations that only can be used if you choose this Pact.

Pact of the Blade allows you to use an action to create a pact weapon in your hand. It also has a few of the invocations that only can be used if you choose this Pact.

Pact of the Tome gives you a book of shadows that your patron gifts you. This allows you to choose three cantrips from any class and you can cast those three at will and they do not count against the number of cantrips you know.

For my character I went with the Tome. I figured it was more to my story, more knowledge. It also was nice to choose more spells. If your wondering what three I took...I took Produce Flame from the Druid, Spare the Dying from the Cleric and Fire Bolt from the Wizard.

If you don't have a story in mind for your character read over the backgrounds and see if anything jumps out at you and build your story with the background in mind. If none of them work for you at all, talk to your DM and see what you can work out.

So I knew my characters story and for me the Sage - Researcher worked out well for me. As a young man my character was researching something and stumbled on some old, old book and in this books was a lose piece of parchment that he couldn't quite read but he took the parchment with him and hid it under his pillow at night. That night as he slept Dendar, the Night Serpent came to him in a nightmare....