Bronwen and her family have enjoyed collecting many things, including fans, clocks, books and shells.

Dolls are one of the first toys that were made, way back in antiquity. They have even been found in Egyptian tombs from over 4,000 years ago. As well as being toys for children, dolls have been used in magic rites in many parts of the world.

Materials that dolls have been made of vary greatly, ranging from basic shapes made from rags, wood or clay, to very sophisticated models of teenagers and adults with movable limbs and beautiful clothes, or to baby dolls that blink, cry, talk, drink and wet their nappies.

At first, simple dolls were made individually, but as time went on they began to be mass-produced, usually using fabric, porcelain or plastic, or a combination of materials. Dolls that are now collected and most highly prized are usually ones that were made in Germany, where doll manufacturing began in the 1400s.

I did not intentionally set out to collect dolls, and I still don't. My collection just happened over the years and they became part of the family. Some survived, some I gave away, and some were discarded as I grew.

Although I had a teddy bear and a rabbit, the only remaining doll from my early years is Daisy-Daisy, named after a popular song at the time. During the Great Depression, my Grandfather, who began his working life as a carpenter and later became an architect, made me a wooden doll to teethe on. She looks a little scary, but I loved her, she was easy to grip and to chew on - and also made a good weapon at times for hitting relatives who tried to smother me with sloppy kisses and pinched my cheeks - quite painfully at times. Good old Gramps!

As I grew older, there was a range of rag dolls that both my Mother and her Mother made for me. They were usually bought ready printed onto calico, then cut out, sewn up and stuffed, usually with worn-out knitted woollen garments that had been cut into very small pieces. This meant that they would dry easily when washed. I remember that my sister had Raggedy Ann and Raggedy Andy, two popular story-book characters that were made this way.

Tarlton Rayment, the very talented writer and traveller lived not far from us, and Mother was keen for us to learn about the original inhabitants of our land, so I was given his book, ' Prince of the Totem,' one year, and another year, 'The Little Black Princess.' At the same time I received a new doll that I named after the book. She still wears the dress Mother knitted for her, although it's a little moth-eaten now, and she's actually made of wood and moves at the shoulders and hips, so can sit. 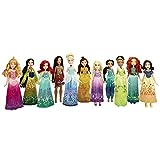 Over the years, my sister and I both received life-sized baby dolls that had eyes that opened and shut. They were mostly made of fabric and stuffed, but from the neck, elbows and knees were made of a composition that was solid and washable. Dad made me a cot for her and Grandma made a velvet pillow and bedding. We spent hours playing with our dolls and sewing and knitting new clothes for them. Mine went to my daughter when she had her first child.

Some of our friends had 'Wettums' dolls. They had tiny bottles that they fed to the dolls and the fluid came out the other end, so nappies needed changing.

Above is a baby doll that somehow did not get given away. She came in at time when dolls were being made with 'natural' expressions on their faces.

When we lived overseas with our children, dolls in the national costume of the different countries made lovely souvenirs and were great for discussing the various places we visited together. I once had a whole cabinet of them, but most have been given away, although I still have the tiny Welsh doll (above) from our years living in the United Kingdom.

Some elegant dancers (below) are a memento of a holiday in Thailand and they remain, too.

During our years of living and working in Taiwan, we saw many funerals. They were quite grand occasions and could last for days. Tents were even set up across lesser streets where the mourners could gather, so we often needed to find a different route. At these funerals, a variety of gift were brought for the use of the deceased person in the after-life, including paper money, cardboard copies of TVs and cars, and even attractive dolls to amuse them.

Once, in an English magazine, I found knitting patterns for dolls and thought it would be fun to make one for each of us. The children were given theirs long ago, but I still have the ones I made of my husband and myself. I saw myself as a lady with grey hair and a bun, and knitting. However, I was hopeful with the grey hair - years later it's short and remains at the pepper-and-salt stage!

Well, I still knit - a 26 year-old granddaughter came visiting the other day; she crotchets beautifully, but wanted me to teach her to knit, so we had a lovely afternoon together.

The German dolls are definitely the upper class of my collection.

Firstly, there is Matilda. I don't know what her original name was, as Dad brought her home when he was clearing out his old home after his parents had died.

She's lovely now, but was a bit sorry for herself when she arrived and had no clothes and no hair. During a visit to a Doll's Hospital, she was repaired and given a wig of real hair. Then I set to work making her clothes. She even has a corset with bone set into it and pants edged with lace that goes down to her knees. Her dress is made from a piece of my very first ball-gown and the lace was in my Grandmother's collection and may have been made by her on her lace pillow.

Letitia Jane was my Grandmother's name and when I was given her doll I named her for Grandma. She, too, comes from the 1800s and was made in Germany.

I don't know exactly when my Grandma was given her, but Grandma was born in 1862 and married in 1889, so probably in the 1870s. Letitia has her original clothes, including her knee-length panties that tie at the waist (as my Grandmother's did, too, as elastic had not been invented then), her shoes and laces, the summer dress she is wearing, her maroon velvet bonnet and a matching draw-string bag, and some other clothes as well. However, she only has one petticoat, and my Grandma wore four in the winter; the bottom one was grey flannel.

So, you see, my collection is not very large when compared with some I have seen, but it is much loved. The only problem now is who to give them to as most of my thirteen grandchildren are girls!