It's always difficut to get gifts, presents or toys for teenagers. Teens love electronic toys, we know that, but WHICH ONES?? Teens seem to change like the wind: at one moment the coolest thing is a Palm Pilot; the next moment, and iPad. And teens are naturally secretive about what toys they like. Here's a little story about brainstorming around the office, around Christmas time, to answer the burning question of the hour: what electronic toy can I get my teen kid for Christmas?

At one point in my career, I worked in an office for a non-profit organization as their Finance Manager. I had many women friends in this office: it was a great place, a really friendly place to work. I enjoyed going to work there, just because of the social life! The work itself was a little pesky--I had to keep track of a lot of different revenue streams from various granting authorities and help write the budgets for grant applications, and things like that. I also had to present the financial statements every month to the Board of Directors, most of whom were non-accountants. That was a real challenge in communication!

Even though I was the only person who had any sort of real accounting background in the office, I still enjoyed working there so very much, and made many friends. These people were so upbeat, and positive, and forward-looking. They were all educators and trained to deliver the various programs our non-profit organization funded, including Active Parenting programs, after-school programs for students at risk, and many other educational and literacy programs.

Two of my office friends both had teenage daughters, and one of my office friends had a teenage son. That was the most fun, for me--I had already been there and done that with my stepsons, and I knew exactly what my colleagues were talking about, when they started on about their teenagers.

I could relate so well. There is something terrific about being around children, young people, teenagers. They have so much energy, and they don't know how to spend it all! The ways they find of amusing themselves are past our adult reckoning, and always good for some exclamatory remarks the next day in the office. Life is just full of surprises with kids around.

There were a few things that kept coming up. One biggy was, what do I get my teenager for his/her birthday, Christmas, other occasion?

The parents wanted to make it good. They wanted something their child would really get a kick out of. But teenagers can turn sorta secretive, almost unknowable to their adult parents. What the parent thinks is the best thing since sliced bread might just get the big ho-hum, lightly plastered over with a wan smile and a dull "Thanks" from the teen.

We had some think tanks over this one, at lunch time, with all the women gathered round the big table in the cafeteria.

Me, I suggested music. Musical instruments. I played in a band in my wild youth, and one thing that stands out clearly from the general haze, I remembered how very much I loved my music as a teen. And it was a special thing--the adults didn't really know about. It was ours, not theirs, it was our own thing, and that made it really special.

My friend Pam did research on line, snooped in on a couple of her daughter Beth's phone calls, and got her the BEST PRESENT IN THE WORLD! A real hit. The present that made family history.

She got her daughter an electronic guitar, with an amp, and it was a girly guitar, and IT HAD HER NAME ON IT!

It was the jazziest thing, the best thing. Her daughter LOVED IT! Pam said she couldn't wait until summer, when the guitar would be banned from the house to the garage. I went over there a few times and it was a gas. Bethy was whanging away on the thing, having the time of her life, and she had a few girlfriends over, who were doing sort of a karaoke thing. I'm glad her friends didn't have a real microphone, seriously. The floor of the living room was thrumming a bit. The girls were in the basement, and when we peeked in on them, they had the little amp cranked up and had the tunes going from the CD player in the basement and were dancing around all over the place with great big smiles on their faces. Beth, with her guitar, was definitely the star of the show.

My friend Pam and I fled the basement fairly quickly. The noise level was a bit too high for our older ears. Pam and I talked for a while, and she thanked me so much for that one little idea. Pam really did all the tracking down, and got the thing. I didn't do anything, really. But Pam shared with me deep feelings of how good it was to see her daughter so active, so involved in something, so much more outgoing and profoundly less depressed.

Yeah, I thought to myself, music can do that for you. 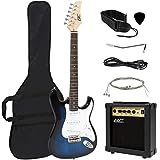 Many of these games have been out for a while, and your teen may think they're already passe, or they may already have these games. It's hard to keep up: new games are born and old games die faster than we can change our underwear, it seems.

These games have the history of being the best-selling, the most popular choices, for your gaming teen. However, the real thing to do is simply ask your teen what game he/she would like! They'll tell you!! They want you to know, especially around Christmas time.

Whatever kind of electronic toy you choose for your teen, make sure it's suitable for your teen. Make sure you have the right equipment to go with it, if there are any perpherals required: otherwise you may end up spending a lot more than you originally intended to.

You may find you enjoy the electronic toy you got for your teen, even more than your teen does! Many of these games and toys are quite addicting.