As a movie car collector, yours truly sometimes goes to eBay to look for a certain item to complete my collection. Seeing from my previous hubs, I have already collected many movie cars diecast from different films – Herbie’s love bug, the Munsters Koach, different models of the Batmobiles, and The Fast and The Furious vehicles (which is one of the main lines of my collection). However, as the FnF (Fast and Furious franchise) originally started out as a racing / car chase film, it is quite obvious that there are a lot of interesting cars that appeared on that movie. The notable ones are the classic muscle cars favored by Vin Diesel’s character (Dominic Torretto) and the import / tuner cars used by Paul Walker’s character (Brian O’Connor).

Since Toretto and O’Connor are the main stars of the film, it only follows that the vehicles they used would be mass produced as toys / diecast. For example, the black 70 Dodge Charger with blown up engine used by Dominic on Parts 1, 4, and 5 have diecast replicas by Hotwheels, Racing Champions, and Greenlight – all popular diecast car manufacturers. These toy manufacturers have produced diecast replica of the black Dodge Charger in different scales and packaging making it a common item to come by. I, for one, have many copies of these particular Fast and Furious diecast in my collection. The ones missing in the collection are diecast cars of the vehicles used by supporting stars like the pink Honda S2000 of Suki (2Fast 2Furious).

Unfortunately, Racing Champions is the only one that produced diecast replicas of the said Pink Honda S2000 in 1/64 and 1/18 scale – which they have also discontinued making the particular Fast and Furious diecast quite rare and extremely expensive.

Jada's Initial D is also a highly sought after diecast collectible. As can be seen on the sample on the right, it is above the $100 range. While the pink Honda S2000 of Suki is in the range between $40 to $50 – shipping not included. For the readers who are not familiar, just imagine a hotwheels sized car at pegged at the said price. The example below is a 1/18 example whose bid starts at above $40.

Below are current listings of expensive movie cars found on said online stores: 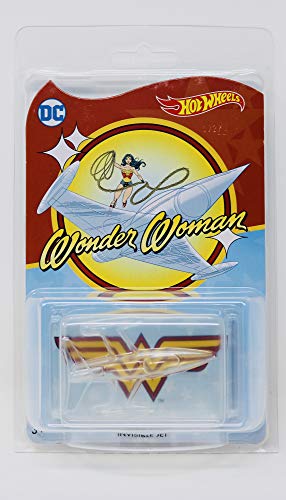 Needless to say, there are other expensive hard to find diecasts that are currently being sold on eBay or Amazon. True collectors who have the means to purchase them would surely go for it. On the other hand, yours truly prefer to wait until a cheaper one comes out – simply because, am not willing to shell out $40 (or more) for such a small diecast toy. If it was a 1/18 scale diecast, then I might, but if it is only as big as a regular hotwheels car – it’s a definite no!

Movie car diecat collecting is a fun hobby – it makes great displays, conversation piece, and visitors (especially kids) would surely wow when they see it. However, it needs a great degree of control. New collectors must focus on what they want for their collection and don’t just go about spending anything that they see. Some collectors just to complete their collection may go for a $40 small diecast replica because to them it is a treasure that they have finally found. For me, I enjoy hunting and looking for more movie car diecasts to add to my collection at a reasonable price.

To end this hub, please enjoy looking at some diecast of my current collection.