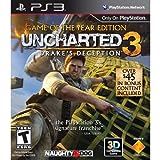 My review on GameFly

First of all, I would like to state that I myself am a huge gamer. I play mostly FPS and Hack-n-Slash games but I love them all for the most part. I have all three major systems, the Wii, PS3, and 360. If there is one flaw in owning all three systems, it would be that I have to pick and choose between which system to buy games for. Why is this? The games are way to expensive.

Luckily, I stumbled across a service, much like Netflix in nature, that allows you to rent video games and have them delivered right to your doorstep within a couple of days with no late fees etc. This is really great for me because I can rent a game that just came out, play it as long as I like or until I beat it, then return it for another new release. This saves me a ton of money.

I'm sure you want to know what the company is. GameFly is the name of the service I'm talking about.

They are awesome. I'm on the 2 at a time out plan but they offer a cheaper 1 out at a time for games. But when you sit down and think about it, it is really cheap anyways because think about the average game cost these days. What is it now, like $59.99 plus tax? OK, so with this, I only pay about $20 a month and get unlimited rentals with 2 out at a time, don't have to worry about sell outs, can keep the games as long as I want, and don't have to worry about much of anything. Oh, they are always on time too.

So if you are looking for a way to get games for cheap and play them as long as you like, this is definitely the way to go. And if you don't want to get into a monthly commitment yet, check out their free trial. It's a pretty cool deal too.

So my final recommendation would be to go with them over Blockbuster or anything like that.GameFly delivers exceptionally well and I couldn't be more happy and I'm sure other customers feel the same way.

All in all I'm satisfied. Sure I still do buy games that I really enjoyed so I could move on and get new ones delivered. GameFly doesn't mean you won't EVER have to buy, but it means that you can play the new releases and see if they are really worth forking over your $60-$70. I mean, after you beat it, you may not play it again for months or even a year or two. So renting with GameFly really has its benefits.