Golden oldies that deserve a remake or a sequel

Dungeon keeper was an old DOS game if you do find it, you will realize it starts with Dos-box emulator, the graphics are terrible but yet it was fun back in the day, to dig out your dungeon, digging out gold seams and fighting of the heroes to enter your realm with all your minions and demons, objects to develop and spells to research, yes dungeon keeper did get a better version that did improve the graphics for Pentium 4 but that is where it left off until....

Was released, some new minions and demons with slight changes in the game mechanics, but the real difference was the in depth graphic improvements, they still kept all the important parts of the game intact, laughter in the cut scenes that still looked horrible in all aspects they were short from a 2-4min each after some levels, the research still remained in the game and development of new objects.

With disappointment the game still had too much of the same story, you start from the bottom and fight your way up to the castle where you will make your breach of the world above where the heroes reside and that's exactly what happens in the last ever dungeon keeper cut scene, they did pronounce a Dungeon keeper 3 but was shortly cut off until recently a fan base game was in development.

War of the Overworld

War of the Overworld

This is supposed to be the new Dungeon Keeper but from the beta I played it’s not a sequel to Dungeon Keeper 2, it’s not a title in its own either, it’s just a remake of the Dungeon keeper tittles, the Dungeon lord won’t be taking the top to face the heroes in their own realm yet again the same just fighting in a dungeon.

The game seems much more stable now and can be bought on Steam this game is surely fun, but not as fun as the dungeon keeper games, we at least expected for the funny moments to be back yet even this lack terribly, we see a bunch of new multiplayer modes where none of them really work, releasing a game with these as a selection but isn’t ready yet is just disappointing.

This feels much more how a new Dungeon Keeper should have been like, it’s fun gameplay and very entertaining, you have everything that Dungeon Keeper originally offered, you have to research rooms, traps and spells, planning your dungeon and then dig them out for a variety of rooms, preparing for the invasion of heroes by placing traps and guard posts, grabbing your own minions and placing them strategically to insure victory.

That’s not all battle don’t just take place in your dungeon, but you can take the battle to the top as well where the game turns more like a WarCraft RPG point and click game, where you will select the units you have there and lead them to battle or lead them to do a quest and while you can go to your dungeon at any time to make and send more units.

The graphics are much better than other RPG tittle and even other strategy games, some of the maps feel really small but this has only increased the fun at making a creative dungeon, I will rather play this game over War of the Overworld

We now have War of the Overworld, like said this game doesn’t grab me like the original Dungeon Keeper did, even if it’s more stable now it feels like half a game, this fan made game can easily be a remake to Dungeon Keeper, though this game don’t feature the entertainment and laughter Dungeon Keeper titles brought us. 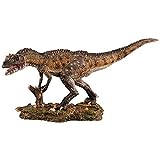 This might be one of those games that weren’t as successful as many didn't pay attention when it was released, however those that did play the game would know it was a great game as a tycoon style.

It’s very short but playing the sandbox never really bored me, sending teams to find fossils, then extract the DNA and eventually clone that Dino, building the park was fun as well with one natural disaster a twister, but what really made it fun was you could set the prices on each shop and your own entrance fee, this game didn't have a wide range of dinosaurs nor buildings, only a few. Back in the day this was amazing as is.

Yes I am aware there is a new Jurassic park released, but it wasn't a tycoon instead it was more of an interaction game where you need to push a bunch of buttons to prevent something from happening.

Since we are talking about that, that game in its own right deserve a remake or a sequel as well if it want to see more fans, instead of making it interaction they could make it a full out action survival game or just stick to a tycoon game.

Remake or sequel this game can be amazing in our time, add more buildings, more dinosaurs and more disasters combined with modern graphics with some side quests, you can already look for fossils by sending teams instead of sending a team, you should look for them yourself at the preferred destination, this is just one idea for this game there is much more that can make this game very interactive to keep the player playing while enjoying a good tycoon game.

This can be a massive tycoon game if they ever decided to remake Jurassic Park: Operation Genesis or make a sequel to this game, with everything mentioned above and added more this game will be the best for old fans and new fans.

This would have been a great learning game, but in that time Tech wasn't all that great in the times of today, the game was fun and OK, still it was left short, so a lot of people never bought it to start with, researching new formulas for disease and organizing your hospital was a lot of fun, though there wasn't enough diseases to start with, you had nearly not enough space to build your hospital that was just a bad drop for me and after a few hours of game play it turned sour as a tycoon, defiantly not one of Bullfrog's best games.

Since it had enough fans to this title it would only be good to say a remake would be nice, sadly with every aspect of this game, bigger space to build, bigger map may be a variety of plots to choose from with a town or city where clinics can be placed with doctor offices, more variety of staff, most importantly a smart way to develop a cure of a disease with detailed disease document with what it is how its formed with each disease, with enough accurate documents this game won't just be a tycoon but a good simulator where you could learn something.

Add new technology with some in depth detail how to use it and most importantly add the graphics of today. And hopefully if this ever took place as a remake no bugs and better mechanics to game play.

Either way the above mentioned is just an idea still at any rate, there is many rooms of this game that has loads of space for improvements.

I really enjoyed this game, for unknown reasons it was intense when it was released, maybe because of the fact that most of your weapons don't have any real effect on the creatures that lurk in the murky Antarctic, with of course the fact that anyone you save if they die it’s over with a back in your head sense that any of them can change into something deadly when you have no health.

The boss fight was great starting of really small and then bigger by each encounter between aliens and the thing I would fear the thing most as it can take over your body or close by without you knowing, the remake of the movie wasn't bad at all and I have high hopes of a new game to follow.

I would love to see a new game for many reasons when it was released years ago, it was intense, the Antarctic was a good place for an intense action, horror, in the day it was brutal like Freddy Kruger, though now more of a comedy, yes believe it or not people died after that movie was released due to lack of sleep especially kids between the ages of 10-14.

The Thing as a remake or even a sequel will be fantastic, just imagine what a team like Naughty Dog can do with this, if there ever is an announcement of The Thing 2 then we should hope it’s not Capcom, it feels like this company lost the touch of horror games and tries too hard to mix to much action into their horror games.

Quick mention of other games

Before this update we had Final Fantasy 8 which I am sure will never be remade despite so much can be improved and so much can be added, we also had titles of the resident evil series all the way to resident evil 4, Revolutions 2 is for me slightly better but not yet how it was.

A few sequels I would want to see that is decent would be the following; Spyro, Dark Cloud and then another game that really isn’t that old at all Shadows of the Damned

Shadows of the Damned was action packed and funny from time to time and I would like to see what Garcia Hotspur will have to do next.

This will conclude my list for now as of games that I believe deserve a remake, now I know not all might agree with this list and would prefer other games, but everyone here that reads this have different tastes in gaming and that believe some of their favored golden oldies should be remade or deserve a sequel to it. Leave your games that you think need a remake or a sequel in the comments below.

The games I selected here was for the people that enjoyed them and was hoping for a new title and major improvements that was let down to never seeing them.