Playing for Free as a New Player in Eve Online

PLEXing your account as a new player is not going to be easy. Your biggest problem is lack of experience, but once you learn the methods, it can be much easier in subsequent months. It is possible to play Eve without ever having to pay the subscription fee, but it takes a lot of work up front, so don't expect it to be easy!

If you end up paying the first month or two, you will find that it is possible to snowball your ISK and use it to build some capital. Ideally, you never spend your last few cents at the end of the month to pay for the next. You want your wallet to grow AND pay the bills!

My guide won't get into excruciating detail, but it should give you some leads into finding an activity you enjoy as well as profit from. If you enjoy playing the game to earn that money, then the time is not wasted. Just don't let the grind overtake your fun factor.

Before we dive in, a few notes on Alpha accounts. You can now play for free, with limited access. While this limited access means it may also be harder to earn ISK by playing, it still gives some options in case you don't quite make your month's fee.

All the tips below still apply to Alpha Clones, but be aware your ship options may be limited, and that alone can make your income significantly smaller.

This section is here to bring down your hopes of earning your subscription while AFK. I want to get it out in the open that mining will not get you paying for your account in your first month. It can be the most hands off, but the skill time and lackluster profits really hinder the effort.

A well skilled player with a group of alts and support ships, can really rake in the money mining. Until you have a few months in, I'd advise trying a more active approach. Mining isn't all bad, it just doesn't fit the bill for reaching the PLEX mark within 30 days.

With the proper skills however, you could be out mining, and managing station trade orders at the same time! You can't remotely adjust orders before you inject and train a few different skill books though.

This is by far my favorite. It can be tedious at times, but it is like the lottery, you only need a few big drops to start earning ISK. The most simple explanation of this, would be to compare it to named boss hunting in other games, where "faction rats" are the named.

A fairly low level frigate can do the burrows and hideaways. A well skilled frigate, or any cruiser should have no problem in the refuges. I recommend never going battleship or higher, as it is overkill and takes longer to fly between sites. Use enough to kill easily, but keep your mobility so you can run more sites in the same amount of time.

You want to look for basic low level sites in your site scanner. The most promising for a beginner are Burrows, Hideaways, and Refuges, in that order easiest to hardest. Each are named after the NPC faction rats in the region. You can find these by undocking, and pressing Alt + P or finding the button on your HUD.These sites do not require scanning and are the easiest to start running!

Be sure to go to the plain versions, if it has a prefix such as Hidden, or Forsaken, they are not the same! These are higher difficulty, and generally even when I'm able to do them, they aren't worth the time.

Once you have a ship, and find a site, you are just killing all the enemies like it is a little mission. At the end, there is a chance for a faction rat to spawn, such as a Dread Gurista, Dark Blood, True Sansha, or Shadow Serpentis. The items they can drop range from junk, to several hundred million ISK items. They also produce T2 salvage, if you have your skills trained up. This works well with a drone ship or a ship with a utility high slot. That means a slot you can't fit a gun into anyway, such as a Drake that has 7 high slots but can only equip 6 launchers. The lowest faction rat can still have a rare shot at huge loot items.

This is one of the few ISK farming and grinding methods that gets me excited still, because you never know what you will get. Some sites also "escalate" but you likely won't be able to run those as a new player, and there is plenty of info simply typing the escalation site name into google.

All ships have the ability to use the basic scanner, and the combat sites you are looking for require no skills or scanning. You can warp right to them from the scan window.

Once you get all sorted out and start running sites, you need to turn that effort into ISK. Killing a faction spawn has a small chance to drop a faction level module. There are hundreds of varieties, and you may get good and bad drops. EM resistance shield modules are especially valuable, while kinetic resistance shield modules are not huge sellers. That is because the natural weakness of shields, is EM. For armor, it would be opposite, and an explosive hardener would be the more valuable item.

Normal modules come in meta levels 1-4. These fall under Tech I. Meta 5 is what you call a tech II module, and they are indicated by a little orange corner tab with a II marking. Meta 1-4 decrease in fitting cost per increase in level. Tech II (meta 5) actually requires more fitting space, and longer training, however the return is better attributes. Using faction modules can let you squeeze much more power into a ship, and that is why they can command some nice prices.

Faction Loot is meta items level 6 and above. They vary widely on their stats, and fitting requirements. They also only require the training of Tech I modules of that type. Often some items are particularly valuable for their lower fitting requirement, such as Shadow Serpentis Remote Tracking Computer. Other items are valued for their bonus to whatever the item normally provides, such as Dread Guristas Adaptive Invulnerability field which has 37.5% to all resists, over the Tech II's 30%. When you have capital ships with hundreds of thousands of EHP, this 7.5% can be huge.

Here we have the most potential profit, however you can't start straight away. "It takes money to make money" applies here more than ever. Once you have a starting fund, don't ever put all of it into one trade, split it up among many item types. You want to think of it like a stock market. Buy low and sell high.

When you right click an item to sell, you may notice it has a duration. Selling instantly is the easiest, but you can set up an order that lasts 90 days, and try to make a higher margin. You can also set the buy order, to take advantage of those people using quick sells! In general you will start with a buy order for an item where the difference between buy and sell is 10% or more. This takes research, use the market window to make sure you aren't buying in at an unusual time. You can view up to a year prior for average prices and item volume per day.

It is tempting to sit on these orders and update them constantly, but I made better returns by setting them up when I log in, going off to mission, explore, or pvp, and then maybe update again before I log off.

Once you learn the ropes, and have some knowledge of item trends, you have a few more options. You can try Eve-Central to find routes to haul between stations where buy orders in the destination are higher than sell orders in your starting location.

You can also be a bit riskier and set up orders for items in the low points in historical data, and hope that the cycle repeats. Always start small, so you aren't hurt badly if it fails. You can look at the price history of bombers, and see they tend to go in cycles from 17 to 25 million, usually with a 2-3 million spread at most. If you can stand long term holdings, you could possibly buy them at 17 with an order that takes weeks to fill, and sell them for 25 in a few more weeks. This is slower profit, but it really lets you back away from the monotony of updating trader orders. 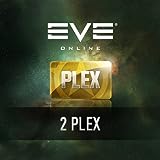 Invest in a Head Start

If you can't wait to get started, you can always buy some PLEX to sell for ISK to get you on your feet and use the time to build your wallet. Using it as an investment to station trade, or build a ship for exploring or mission running is a fairly common way to jump over a few entry level hurdles. A fairly new feature, you can also buy Skill Injectors to instantly train about a week worth of skills. Remember, the most expensive ship in eve isn't indestructible! When a ship blows up, it is gone for good. Use your first few months being cautious, and NEVER carry a PLEX in your cargo hold!

Always try new things! Instead of burying yourself into one method, use them to support each other. I got my start by exploring until I had enough to get into station trading, and was easily making 100 mil per day without much capital. To pay your account with in game money, you only need to earn about 40-50 million per day. It is surprisingly achievable, and the barrier to entry is often just knowledge, and not skill.