Are board games dead?

Have computer games killed the board game?

So, have the ubiquitous computer games killed off the good old board games of yesteryear?

I am very happy to report that the answer is no. In fact the answer is better than that. It would appear that board games are not just holding their own but they actually seem to be gaining ground.

This is a heartening thought in the light of the, usually violent, computer games that are often played alone or against many other unseen internet players. They are a genre of games, often glorifying violence and war, that help to make the weedy nerd sitting in the dark envisage himself as some muscle bound, AK47 toting anti-hero or a mysterious and sexy assassin with free running capabilities.

As for actually doing some free running, forget it ... that would involve moving, coming out into daylight.

Board games, by contrast, may well have an image problem and are rarely thought of as sexy. They do have something else however, and that is a much more social feel.They usually require, at the very least, two corporate players (corporate as in being there in body, as opposed to floating about in the ether) and often many more.

has to be said that there is something much more wholesome about board games. They are so wholesome there is almost a feeling that they could probably cure pimples. 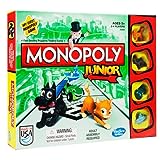 The true value of board games.

When my children were still little, but just old enough to play board games, we would play some form of board game most evenings after our evening meal just before they went to bed.

More often than not they chose Monopoly where I would always end up depressingly bankrupt and the youngest player, my son Joe, would always end up with all the money and would be bankrolling the rest of us. At six years old that was pretty good going and I had high hopes of him.

(Sadly, it was a misplaced hope, as at thirty three he has inconsiderately put happiness before being a millionaire, so we cannot look to him for pecuniary help in our old age). At the time none of the rest of the family understood how he managed to accumulate all the wealth, but that was beside the point.

The real point of the games was that this time spent together was an irreplaceable and precious family bonding time.

Nowadays, if the television adverts are to be believed, this happens over a game of something on the Wii which, apart from its sniggersome name, involves the necessity for a large lounge area as you appear to have to throw yourself about actually simulating games.

As my children were children long before the advent of Wii we had to make do with the actual physical activity of rounding them up with all their mates and having to have a huge cricket match on the village green with kids and parents playing until the summer sun went down.

We ended up with physically strong, healthy children who formed long-lasting friendships and interacted easily with all age groups. Ah, those poor deprived times before computers, eh?

Board games in the era of computer gaming.

So, far from becoming obsolete, board games seem to be going from strength to strength in the era of the computer game. Nowadays they have become much more creative with their settings and rules and it is all a far cry from Ludo and Snakes and Ladders. But the basic criteria stays the same ... they are all games for players who actually sit down around a board and play.

They interact socially, they bond, they argue and they question. And they learn, not just about one another's character but also how to get along with one another.

The majority of board games are gentle, non-violent and some are very funny.There is none of the physical violence so graphically portrayed in computer games, no-one's head explodes, no grannies are kicked.

Even the board games that could be thought of as mildly aggressive, like Chess and the Viking war game, Hnefatafl, which has been around for at least 1500 years, merely involve the capture of one's opponents playing pieces.

These are games of cunning and slow, long view strategy as opposed to violence but, because they are much more cerebral, it is likely that their appeal is limited for the majority of the younger generation who prefer to merely use the twitchy thumbs and fast reactions required by their computer games.

It is with a feeling of relief that I can report that the board game is not just alive and kicking but that it is also apparently proliferating. They won't all succeed and fashions and fads in them will be the same as with most things in this fickle age but they do look set to continue and I, for one, am pleased by that.

This is not just sentimental nostalgia on my part. It is more a genuine acknowledgement that a lot of fun can be had by families and friends sitting noisily round a table, arguing and laughing over an apparently simple board game.