How Things Have Changed

"Best Arcade on The Planet"

We are the original gamers. At 8 years old I would walk to the corner store most weekends and clean up the parking lot. The owner of the gas station, a tubby old man with a receding hairline, would give me a roll of quarters, from which he would remove 1 quarter for every cigarette butt I failed to pick up. I would then take the remaining quarters into his convenient store and spend every last one on the Excite Bike and Donkey Kong arcade machines. I would leave a couple of hours later broke, but with a big smile on my face. Already thinking about next week, and another roll of quarters.

We are the gamers that actually played in the arcade. Back when your imagination did all the work. A dot on the screen was an asteroid. A dash was a missile, and a triangle was a space ship. Heck, Pac Man was an unfinished circle. The player's imagination was an integral part of the video game.

Don't get me wrong, I am thrilled games have evolved to the point where anyone who walks by the TV during an NBA 2K video game stops to have a second look. I can watch an entire game in demo mode. That's how good it looks. Yet, we have lost a bit of our imagination with the more detailed graphics and lifelike AI. Imagine the look of astonishment on the face of a young football fan, were he or she to throw the most recent Madden into his or her Xbox, only to hear the "chuck, chuck, chuck" sound that the players foot steps made as they ran down the field in 10 Yard Fight.

We could play an entire season of 9 on 9 football in one night. Of course, we would have to create the season ourselves on a piece of paper, seeing as there was no season mode, and the only difference between the teams were the color of their pixels. Still, we would have told you it looked amazing! We couldn't wait for 10 Yard Fight 2!

Games are better now. More complex, with better visuals and more realistic game play. They have evolved. And so has the gamer. The gamer is younger, with better eye/hand coordination, and a big mouth. On the other hand people look at me funny and snicker when I mention video games. I get looks of disbelief and disgust if I admit I play. To many it is childish and silly, sometimes irresponsible. I like to think, maybe I just haven't grown up yet, and I don't plan on growing up any time soon.

I admit, I don't fit the profile. First of all, I'm not 50 yet, but close enough to have lived in 6 decades. Second, I have kids old enough to be gamers, and finally, I've held very "grown up" jobs for over 25 years, and it shows. Still, I have made it work. Not only have I made it work, but I have thrived as a gaming father and husband. (Although I may need to run that by the wife before I publish). It took some work, and a gamer always wants to play more, but it has been worth it because believe it or not there are benefits to gaming you just have to be sure your priorities are in the right place.

Like Kathy Lee Gifford on the Today Show, many people think grown men playing video games is weird. Donny Deutsch, from the Today Show, said "When you're in your thirties, there should be something more on your mind or attention than video games." There is this stigma that games are for antisocial pre-teen boys, but more grown men play video games than you might think. A study by the Gaming Social Network, Pixwoo, showed that the average gamer is a working 35 year old, with a family.

It is challenging to play video games when you have a family. That usually means you have a job too. So where do you make the time? If you do find time, what games do you play? Games have become so much more complex, it is nearly impossible to complete any game to 100% if you don't have hour upon hour to invest. My bookshelf is littered with unfinished games. Great games, but games that require hours to explore the open worlds built into them.

Games are also fairly expensive, and there really is no excuse or reason for buying a video game that will sound logical to a spouse that believes you shouldn't be buying one in first place. As my gaming friends and I started getting older, our game nights of Madden and NBA JAM grew further and further apart, until the only time we played was when one of my friends would stop by on the way home from work for a quick game. It would have been easier to stop at a bar for a drink instead, since that's what he would say to to his wife to avoid telling her that he had come by to play a video game.

Still, there is hope. Games are not all that bad. in fact there is proof that they may even be good for you. Tell that to your significant other.

At what age do you think you will stop playing video games?

Playing Video Games Can Be Good For You

A study by the Queen Mary University of London found that "particular games like Starcraft, can increase a players brain flexibility." Which they say is the "cornerstone of human intelligence."

The Huffington Post reported on November 7, 2013 in an article called 9 ways video games can actually be good for you, "German researchers conducted a survey" in which they took two groups of adults and asked one to play "Super Mario 64, 30 minutes a day, for two months," while the other group did not play at all. An MRI afterward showed a "Volumetric brain increase...in areas in the brain responsible for spatial navigation, memory formation, strategic planning and fine motor skills in the hands."

Not only do games make you smarter, but they help organize and form your memory. They improve hand/eye coordination, and surprisingly, first person shooters can improve your eye sight. No more carrots for me.

While I build my mind, I can sooth my nerves. After work, I find that my mood changes drastically once I have the chance to tackle, fight or shoot someone in a video game. The concentration it takes to play usually separates my thoughts from whatever thoughts I brought home with me, and really makes me a much more pleasant person to be around.

Another benefit to playing is knowing what your child is playing. Working in retail, I have seen many a grandmother walk out of a store with a copy of Saint's Row or Grand Theft Auto in one hand, and an elementary sized child in the other. As a parent it is important to know what you are exposing your child to. How better to know what they are playing, than to play the same games he or she is playing. Makes for a good facts-of-life discussion. There are so many benefits to playing. An opportunity to talk to your children may be the most significant. 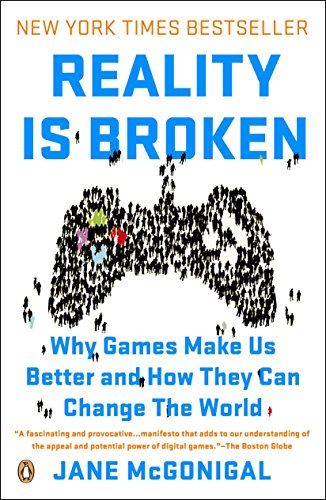 Reality Is Broken: Why Games Make Us Better and How They Can Change the World
Buy Now

How to Make Games Fit in Your Life

I was a hard-core gamer, and am now a casual gamer. All that means is that I don't play nearly as much as I used to. So, how did I make it work? How do I know its working? I've been married 25 years, and it looks like I'm going to make it to 26.

Obviously, you have to know the person you married, and more importantly, they have to know you. If the match is wrong, well...your going to have to figure that out in another hub. So assuming you love your spouse and children, and they love you, this is how you can make it work:

Be honest. If you are lying about playing video games, then there is more wrong than just your urge to play. We may not be hardcore, but we are gamers. The reason games have matured is because the gamers have matured, and although there are still games we will never finish, there will always be games tailored to the first generation of gamers. We are the majority, after all.

Is that a Game?