It’s been a few years since I published my last article titled Nintendo DS Games for Kids. Over the years I've had several requests for an updated list of reviewed games. Instead of updating my list I am going to continue it here. My children are older now so less of the games pertain to the preschool aged child. My oldest is now 10 years old and my youngest is now 6 years old. All three of my daughters have basic (and then some) reading skills so I don’t have to be quite as picky which games I choose for them. Here is my continued list of Nintendo DS, DSi, and 3DS games.

These games require quite a bit of reading and I would recommend them for ages 8 and up. The player gets to use special tools in the game to dig up dinosaurs and clean them off. Once the dinosaurs are pieced together the player can form teams to battle other dinosaurs. My daughter has finished and replayed both of these games a couple times and still picks them up now and again.

Yes, you heard right - Bejeweled Twist, that highly addictive game adults play on Facebook is now available for all to enjoy on any DS gaming console. Although this game does not require reading to play I recommend it for children ages 8 and up due to the reasoning skills required to complete different levels. If you've never played this game you are supposed to make rows or columns of 3 jewels that match in shape and/or color to clear those specific jewels. You continue clearing rows and columns of three until either the board is cleared or you cannot make any more moves. 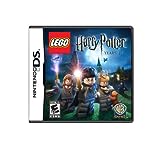 This one is a biggie in my house. All three of my daughters LOVE anything Harry Potter. I recommend this game for children ages 7 and up because it does require some reading in order to progress throughout the game. Players are able to walk around as Harry and cast spells, build and destroy things, and meet other characters to fight bad guys.

Farm Frenzy was one of those cheap-o games I picked up for myself on a whim. I would recommend it for children ages 8 and up because it requires quite a bit of reading and reasoning skills to advance. Players finish different farm levels by accomplishing specific tasks within a certain amount of time. You cannot move on to the next level until the one before it has been completed. Levels get more difficult as you progress through the game. My oldest daughter and I both enjoyed this game immensely!

I recommend this game for children ages 5 and up. It requires minimal reading and even at that it is only to set up the game. Once the child has played each mini-game he or she will not need to read the directions again. The player chooses a character to play and navigates it around Big City visiting friends and shops. Each house or store contains a different mini-game for the character to play to earn money. Money is then used to buy items to decorate the player's home or for accessories to dress the character.

Tangled requires basic reading skills so I recommend it for children ages 7 and up. Reading is necessary to follow the directions to play the game properly. For example, the game may say "Brush Rapunzel's hair until it glows." Players get to act as one of the main characters of the movie and accomplish different goals to progress to the end of the game.

This game requires minimal reading skills and I recommend it for ages 6/7 and up. It does require some reading when the characters converse but the conversations aren't really necessary for game play. Players get to choose an animal to travel around town visiting other animals homes to plan a party. Each friend's house contains a different mini-game with prizes to help make the party a success!

Both of these games require a great deal of reading so I recommend them for ages 8 and up. In Pokemon Guardian Signs the player's character captures Pokemon with a capture styler to befriend them. The overall goal of the game is to eventually meet the legendary Pokemon. In Pokemon Soulsilver the player's character captures different Pokemon by beating them in a battle.

This game requires a high level of reading and reasoning skills so I recommend it for children ages 9 and up. In this game you draw your own characters and settings. As the game progresses you also get to draw additions to town, draw items to help you throughout different levels, and battle evil Doodle Bob.

Both of these games are simple and neither one requires any reading so I recommend the games for children ages 4 and up. I only choose age 4 to be sure the child can actually follow Dora's spoken directions and use the stylus correctly. In Dora Saves the Mermaid the player controls Dora as she cleans up an underwater kingdom. In Dora Saves the Snow Princess the player controls Dora as she travels through a winter wonderland to stop it from melting and she rescues the Snow Princess.