The Nintendo Entertainment System had nearly 800 games released for it during its lifetime. If you, like myself, were an five years old in 1989, chances are you were swooning over just about any title you could wrap your greasy little fingers around. But as the days pass by, memories of your idols of youth slowly fade into the ether. So, now I think it might be time to remind you of the things that you let slip through your fingers. 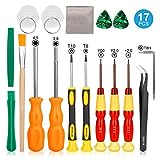 Published in America by Hudson Soft, Milon's Secret Castle is an odd game. The manual describes a world where the titular character Milon is an outsider in kingdom where people only communicate through music. This is due to the fact that he, um, talks like a normal person. As far as I can tell, this will never come up again except in a bonus game where you have to collect musical notes. In fact, every NPC you meet along the way speaks perfect English, so maybe they just left Milon out because he wears an embarrassing night cap in public.

Gameplay is your typical platformer, with an odd Legend of Zelda-ish twist: Milon must buy or pilfer a variety of secret items in order to progress, including hammers to break down walls, saws to bust open locked windows, and inexplicably a feather so that he could ride an elevator.

This sounds fun, but most of these items are found through either bumping your head on random blocks or by spending way more time than you really want shooting at walls looking for well-hidden secret passages. To add insult to injury, the ones that you don't have to search out still require you to pay loads of funny money to shopkeepers. To find money, you have to (wait for it) shoot at walls or bump your head on blocks to initiate mini-games.

The game is still remarkable for being such an open-ended adventure in a time where Mario couldn't even scroll backwards. The difficulty curve would all but ensure most kids would never complete the game, but if you've ever played it, rest assured the odd calliope music used in some of the platforming stages is still rattling around in your brain somewhere.

If you want to relive your lost childhood, it was recently released on the Nintendo Wii's Virtual Console, so check it out, if you like.

You play a dude whose hands were shattered, hence:Shatterhand. There's some story about saving the world or this or that, but here is the deal - you punch things with your robot hands. The end.

This game succeeds in spite of its shameful cover art. Fast paced action plus the escapist fantasy of being a dude who punches really hard-- this game had everything a 9 year old boy could want. It never had quite the macho swagger of Contra or the timeless appeal of Super Mario Bros., but Shatterhand was a quality NES game.

One feature that set it apart was your robot buddies. Instead of traditional power ups, you collected one of two Greek symbols and the resulting combination of three of these would give you a robot pal. It required you to think ahead to what you wanted before you started gathering bonuses willy-nilly.

The game also changed the color of your jacket depending on how strong your cybernetic punching skills were. What can I say, I like a game that can accessorize.

A one-of-a-kind NES game, Solstice was an adventure-puzzle game with a magical twist. Playing a wizard (who looked significantly beefier on the cover than his pudgy little sprite would lead you to believe), you brave a dungeon full of spikes, goblins, and brain teasing jumping puzzles to try and rescue your girlfriend from another wizard, presumably evil.

Your only weapons along the way were a very limited supply of potions that let you stop time, destroy all enemies, grant yourself invulnerability, or to reveal all the invisible blocks that were frequent in many rooms. You were truly up the creek without a paddle if you used up your potions too quickly, as refills were rare.

The difficult gameplay and lack of direction made finishing the game a chore, even if you were a top-tier gamer. If I hadn't seen a youtube video of some Pinball Wizard tearing the game up, I wouldn't believe it could be bested.

Do you feel like shooting for the moon? Then I'd definitely go see if you have the patience of an eight year old and give Solstice another try.

You might have Aspergers if you can beat this game,

That's about it for this one, although there are a few more games I can think of that deserve to be brought of the shadows and back into the light. What about you? Any games you think deserve to be dusted off and given some recognition in the here and now? Let me know!