This will be my overall impression of Nintendo's console the Nintendo Wii.

The Nintendo Wii is a home video game console released by Nintendo on November 19, 2006. Up until then I was still using my old Super Famicom which to this day I still play, mainly because it brought me so much joy as a child. I just keep running into these old games that I remember that as a kid I couldn't beat and that present's itself as a challenge to me.

As soon as I found out about the Wii's existence I was exited!

The first time I played it I fell in love with the way you can interact with the game.

The Wii did not disappoint, not only did it prove to be an awesome home console it was the best console to date at that time compared to Sony and the X-box, in my eyes Nintendo still didn't lose it's shine.

It introduced a completely new way of the player interacting with the game, the Wii Remote controller. Unlike the standard controller that the device offers The Wii Remote, can be used as a handheld pointing device and detects movement in three dimensions. As opposed to some previous attempts at this concept that used IR this one uses radio waves so you don't have to point the controller directly at the console and have a limited point of movement and choices in what way you would like to interact with the game.

Please tell me that you recognize some of these systems.

How many did you get?

Do you collect consoles? I own the NES, SNES, SEGA Genesis and the Wii.

Memories - So long has it been it seems like yesterday.

Just remembering this made me all teary, I am so emotional right now because I remember how much joy and pleasure Nintendo has brought into my home ever since I was a kid. From playing duck hunt to jumping around the room with the wii remote it's all been a great gift for me. My earliest memories bring me back to the game and watch series, I used to own one and I do remember it was preety unique for it's time, a single game but hours of fun. Then I played the NES a wonderful home system, after that I was introduced in the wonders of the Gameboy and the Gameboy advanced, I didn't own both of those but it did bring me to envy my friends who did, I was so jealous.

Then came the SNES oh my goodness me how many years of entertainment I got just from that console, it's probably a decade. I didn't own the N 64 but one of my friends did and he frequently invited me to spend hour just to keep him company, we only played Super Mario 64 on it because that's all he had.

Years went by and I missed the gamecube, never owned it never played it, but I did read about it and it was probably a good little system for it's time. And now, the big guns " THE WII " not many hate it, and all of them are envyous, but the rest of us are in love with it. As it is expected of Nintendo it's all about the games it's not about the hardware, if no one playes the games no one will buy it. That's what makes the Wii unique, it's not that powerful but it sure has quality content and that's what matters!

My first Nintendo experience was the " Game and watch " series which had only one game on it.

Most of the Wii games are a significant improvement of the older titles that made us all so satisfied as kids, ahhh the good old days.

It also offers the newer titles such as Call of Duty MW3 and the Resident Evil sagas.

Make your pick and enjoy!

The Wii offers you many accessories to experience the game the way you want to!

Take your time, all of them are equally appealing :D

I have the zapper and the gun, so so much more fun when you play resident evil or COD MW3!

Here are some of the games I recommend

Yep I agree SMG 2 is the best.

To bad he didn't include any Naruto Games, they are awesome too!

Nintendo became #1 with hard work and persistence, selling consoles door to door during the holiday season of 1985

The long awaited and anticipated console to come from Nintendo - Wii U!

Well by now most of you know about the Wii U and all of it's glory, I don't need to say much about it but as soon as it hit's the shelf's they will be cleared right away. I don't know if they will have enough to ship because there is such a demand for it.

I don't need to tell you how good this console will be because by now all of you already know all about it, that being said all that I have to share with you is some of it's features.

The first thing that is noticeable is the new controller, don't let it's size fool you it is very comfortable and easy to use, it has a touch screen, TWO analog sticks the standard D-pad and the ABXY buttons with the LR and the ZRZL. It has a huge touch screen which can be used as a handheld monitor but that was never intended as a feature although it can be used like one. Also it includes a inbuilt camera and microphone allow you to talk and see your friends :)

The Pro Controller - Classic and precise, what you expect out of a controller.

The name says the most about it, if you remember the Wii's classic controller which I still own, the pro version of it is a significant improvement aimed at all of the Hardcore gamers that are used to the Playstation and the X-box controllers with the standard layout of the D-pad and the the function buttons. It also features the two analog sticks and unlike the classic controler these are on top of the controller.

The buttons are located where your fingers go, the grip is perfect and most of all it's ecstatically pleasing. I am getting one of those when I get the Wii U.

Just in case you don't like to read that much :P - Here is the full Wii U presentation

Enjoy all that Nintendo has to offer with the new Wii U console.

eBay offers some of Nintendo's products at an auctioned price. 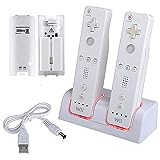 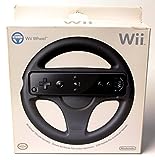 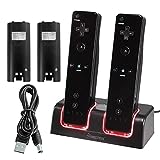 Are you looking forward for the Wii U

It's all about software not about the hardware, if you don't have good games no one is going to care.

Nintendo covered this claim quite well :)

Are you a Squidoo member?

This is the more recent game that i bought.

Oh yes, my very own copy of this game made my gaming hours filled with content and amusement to spare. The game follows the story closely and it is played in the style of Teken, as are the previous games. It provides the player with all of the famous and popular characters from the Naruto franchise. My personal favorite is Kakashi and anbu Kakashi, both equally deadly with a slight difference in execution.

This game will be worth all your time spent playing it and you wont regret buying your own copy.

Naruto Shippuden: Clash of Ninja Revolution III
It offers countless hours of entertainment with all your favorite character from the Naruto universe.
Buy Now

What better way to play the game then to actually play it, stop pressing buttons and waving that Wii remote around the place, get your self the real deal guns and knifes for a better experience. 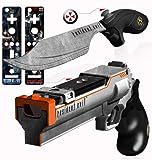 Wii is the console we all want :)

Always have always will be and will remain a Nintendo supporter no matter what!

In short I have covered my impression about the greatest console of all time and I hope some of you may feel the same way after reading this lens. HAPPY GAMING!!

To Nintendo or not Nintendo - That is the question

So tell me guys, are you a Nintendo fan?

Here is where you can get it all