Computer video games revolution risen up the excitement of every gaming enthusiast, be it an informal player or a more accurate one. The different computer video game genres classify these games in terms of perspective, game play, interaction, objective, etc. They are now part of every household. Gone are the days when children take to the streets to play with their friends. Nowadays, children of all ages and even adults will often stay at home during their free times and play computer games. There are a lot of computer video games that are available in the market today and they are classified according to their game play interaction. In this article we will discuss some video game genres for the sake of our readers.

Computer video games under the action genre requires players to have quick reflexes, accuracy and perfect timing in order to overcome the different challenges the game has to offer. Most video games falling under the action genre are filled with combat game play. In an action game, the gamer normally controls the avatar of a character. The player must steer a game level, avoiding obstacles, collecting objects, and fighting enemies with innumerable attacks. At the end of each level the player has to defeat a big boss who is more powerful and challenging than the other enemies. X-Men Origins: Wolverine is a popular game in this genre. In this game Wolverine has to battle enemies in a variety of different environment and gain experience by defeating bad guys, completing missions, beating bosses, and other tasks. The more experience you gain, the more upgrades you can purchase.

Fighting games that offer one-on-one combat between two characters is one sub-genre of an action genre. The human player will usually battle a computer controlled character and the difficulty of the battle will increase as the human player increases in level. Other sub-genres of action games include platform games where the main video game character is required to travel between platforms by jumping, swinging or bouncing. The most common element of platform games is the Jump Button. The player has to control his jumps in order to proceed through game level. At one point, plat-formers, were considered as the most popular genre of video game genre. It is estimated that approximately 1/4 of console games were plat-formers. 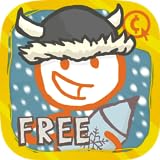 Adventure games are when the player plays the role of the main character in an interactive story. The game is driven by exploration and puzzle-solving versus physical challenges. These puzzles involve manipulating and interacting with in-game objects, characters, etc. This genre is one of the oldest of all genres which was created for the computer platforms. Initially, these were text based game which is somewhat similar like Will Crowther’s Collossal Cave. But as the technology advanced developers tries to bring more fun in the games by adding more graphic and visual effects. King’s Quest which was developed by Roberta Williams added more graphics and visuals to create much interest in the text based adventure game. These genres are preferred by all ages since it do not have violence factor but more of new puzzles solving ability. An example of this type of game is L.A Noire. This game tells the story of an L.A.P.D detective named Cole Phelps who is working his way through the ranks. You start as a beat cop and then advance into the other divisions. The game is set in Los Angeles, California in 1947. Instead of missions, you solve crimes. This game will take you on a journey through his career.

Modern action-adventure games are combination of the two genres previously mentioned. The game involves playing a character and guiding them through their journey. You have both puzzle-solving missions and physical challenges.

First Person Shooter games or FPS emphasize shooting and combat from a first person perspective. This means that the human player will assume the role of a shooter and is given the first person view of the video game character. In other words, first person shooter will give the human player the ultimate experience of virtually “being there” in the video game. Battlefield 3 is a first person action shooter game allows you to see through the eyes of Staff Sergeant Henry 'Black' Blackburn and Marine Sgt. Miller. In this game you find and rescue a US squad investigating a possible chemical weapons site. You are involved in gun battles while trying to complete your mission.

A tactical shooter is a sub-genre of shooter game that includes both first-person shooters and third-person shooters. These games have tendency to represent or view things as they really are because these games are designed for realism. They resemble real combat situations where tactics and caution are essential in culminating game's missions. Delta Force and Counter Strike series are good examples of tactical shooter.

Sci-fi Shooter games are another sub-genre. In this type of game, the setting is a science fiction atmosphere where players use special weapons or a spaceship. Gears of War is a third person sci-fi shooter game. The game focuses on the Delta Squad as they try to save human residents on the planet Sera from a subterranean enemy known as Locust Horde.

In fantasy shooter games, the player uses magical powers and supernatural abilities in a fantasy atmosphere. In Harry Potter and the Deathly Hallows:Part 2, you get to step into Harry Potter's shoes. You use magical abilities and other skills to defeat the Horcruxes.

Another type of shooter game is the modern shooter. This type of game uses actual weapons and the latest technology in a modern atmosphere. The Fall of Max Payne is an example of a game in this genre. You play the role of Max Payne who is a NYPD detective and fugitive undercover cop. He is framed for murder at the end of Max Payne. The player sets out to resolve a conspiracy of death and betrayal. In this game you have access to variety of handguns, shotguns, and other weapons.

Role-playing games or RPG cast the human player as one of the characters in an epic journey of heroism. The player will choose from a number of available characters that have their own specialized skills in the game. Each character that a player chooses will advance in levels as they progress through a predetermined storyline. Most role playing video games involve the maneuvering of the chosen characters through a virtual world that is populated by monsters and other non-player characters (NPCs). The chosen character will generally have little or no possession at the beginning of the game and will have to develop his or her skills as well as material possession as the game progresses. Examples of role playing video games are the Dungeons and Dragons series as well as the latest installation of Fable 3.

Massive multi-player online role-playing games (MMORPG) are games that are played online. Players can interact with each other in a virtual world. In these types of games, the virtual world keeps changing even when the user isn't online. World of War-craft is the most notable example of MMORPG. This game sets in a fictional world. The player gets to create a personalized character. In this game, players complete quests and in-game activities to obtain rewards. With these rewards, players can purchase upgrades to improve their characters. Each player will choose an online character with specialized skills such as a fighter, rouge or a wizard which can team up with other online characters.

Simulation, as the name suggest, is designed to closely simulate aspects of a real or fictional reality. This video game genre involves many sub-categories like construction and management simulation, social simulation, etc. which may involve players simulating a planner or a leader providing growth and care to in-game characters or living an artificial life handling relationships and social interactions. Sims Medieval is an example of simulation game genre. In the Sims Medieval, you get to live as the character you create. This game is set during the Medieval times. Your character gets to build a kingdom through quest-based play. Every time you complete a quest, you earn kingdom points that you can use to add upgrades to your kingdom.

Puzzle games also hold an important place in the list of video game genres. These games involve solving logic, completing sequence, recognize pattern, and word completion puzzles. Such games actually focus on conceptual and logical challenges, although occasionally the games have time limitations to complete a certain puzzle in order to impose some pressure on player. Jewel Quest series falls under this genre. The goal of this game is to swap one gem with an adjacent gem to form a horizontal or vertical chain of three or more gems.

The player here is usually behind the wheels competing with other drivers or time. Two sub-genre of racing games are simulation and arcade. Notable examples include Pole Position and Need for Speed. These games simulate the sporting experience – including sports such as football, baseball, golf, boxing, skate boarding, ice hockey, tennis, etc. Examples include Tiger Woods’ Golf, Pro Evolution Soccer, and many more.