This article is an easy to understand, non-geeky, impartial review of Sony's new PSP Go - the controls, screen, storage, operability, etc. and a comparison of PSP Go vs PSP 3000. Sony’s PSP Go (also called a PSPgo, PS3 Slim, or PSP Slim) is the first portable gaming system to operate without game cartridges or discs. Users can download and store games, photographs, movies, TV shows, music and more to their PSP Go system. The new PlayStation Portable PSP Go was released on October 1, 2009 in the United States.

PSP Go vs PSP 3000
Sony’s new PSP Go is smaller, sleeker, and easier to use than the regular PSP (PSP 3000). It has a lighter feel, which makes it easier to carry. The PSP Go has a very clear display screen measuring 3.8 inches diagonally, which is slightly smaller than the regular PSP’s 4.3 diagonal inches. The system is available in Pearl White or Piano Black.

PSP Go has a whopping 16 GB of internal storage. This memory can be increased up to 32 GB by means of a Memory Stick Micro card. This means that you can bring your games, photos, movies, TV shows, iTunes music, internet radio and more with you wherever you go without having to carry discs along. The PSP Go uses a folder system for storage, and colorful icons are displayed in the folders as games are installed.

The PSP Go slides open to a familiar set of controls. The controls have a slightly different feel, but most gamers say they adjust to the difference easily. The navigation is basically the same. There is a new proprietary multi-use connector for charging and USB data transfer. It has a rechargeable battery that is not removable.

In addition Wi-Fi support, the PSP Go Bluetooth capability is added to a Sony handheld platform for the first time. Sony’s new PSP Go is not intended to replace the regular PSP (PSP 3000). Sony will continue to sell and support the regular PSP.

The main difference between the regular PSP 3000 and the new PSP Go is that the PSP Go has no Universal Media Disc (UMD) drive. The system is designed so that the primary way to get games is to download them with a wireless internet connection from the PlayStation Store. So when people consider the PSP 3000 vs PSP Go question, the main thing is are you ready for an all digital gaming experience?

What is the PlayStation Store?

How to Download PSP Go Games from the PlayStation Store

You can download a music application called SensMe, which is described as a new way to listen to your music.  SensMe uses Sony’s proprietary 12 tone analysis technology to categorize music tracks into 12 different sections.

Sony has a partnership with eMusic, which allows PSP Go users to purchase DRM-free tracks from any online music store such as Amazon or iTunes and copy the tracks over to the PSP.

What are Mini Games?

Mini Games are cheaper and less complex video games. They became available for download from the PlayStation Store on October 1, 2009. PSP Go mini games range from $5 to $10 in price. While only a dozen or so mini games are available at the launch of PSP Go, many more should be available soon.

Note: For PSP Go Bluetooth Tethering, you must have a 3G network and a data plan that supports tethering.

Another PSP Go capability is the ability to control the PSP Go with a PS3 controller (since these are also Bluetooth-enabled). To set this up, you need to link both the portable and the controller to a PS3 simultaneously using USB cables. If this works for you, please leave a comment and let us know!

Another PSP Go capability is the ability to use its built-in microphone for using Skype to talk to people. You can also use a mic-enabled wired or Bluetooth headset.

Sony has announced a new PSP Go Stereo Bluetooth Headset Receiver, which will be released in Europe and North America in early 2010. This headset will let people talk over its built-in microphone over Skype. You will be able to listen to music or movies without any problems with wires. The headset will also have a feature which allowing it to be paired with up to 8 other devices. 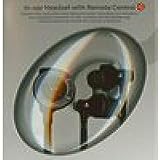 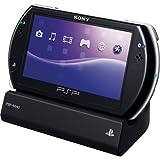 PSP Go accessories include an instruction manual, an AC adapter, a USB cord, and Media Go software. The PSP Go does not offer a standard mini-USB port.

The AC adapter and the USB cord are connected by means of a proprietary port. This unfortunately means that hardware and cables bought for old PSPs are not compatible with a new PSP Go. The PSP Go system can charge while connected to a USB port on your computer. In order to hook the PSP Go to a TV, separate cables must be purchased.

The main disadvantage of the PSP Go is that users who already play on a PSP can’t move their existing UMD libraries over to the new system. Unless Sony comes up with a solution, users would have to repurchase games they already own.

There ocassionally are limited-time specials with the PlayStation Network that allow users with a PSP 3000 to download free games. Sony may set up a system to allow people to send in their UMD discs, in exchange for vouchers to download the same game online.

People in the European Union get a voucher for Gran Turismo. They also get a special offer called PSP Rewards where you can turn 3 of 17 selected titles to digital format. People in the U.S. do not get to take advantage of this offer.

Finally, retail stores are not excited to sell a game system when they will not be able to sell or rent any games for it. Some retail stores are boycotting the PSP Go system, forcing users to buy their new PSP Go online. Consider all these factors when making your PSP Go vs PSP 3000 decision.