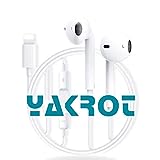 Perfect world international is a free to play MMORPG. Unlike many free to play games. Perfect world has a very large and expansive gaming system. With many of the features and quality you would expect from the pay-to-play games that are on the market.

Perfect world international is not a new game. It has been in the American market since around August of 2008. But it was originally a game released in Beijing in 2005. And although it is not the exact same game as the original. Its basic roots do come from the Beijing version.

Since PWI was released, there have been three major expansions. The original was The Lost Empire. Followed by Age of Spirits, and then the current expansion, The Rising Tide.

Up until the most current expansion, the character choices consisted of, Human race, which had a Wizard class and a Blademaster class, the Elven race, which had the Archer class, and the Cleric class, and the Untamed race, consisting of the Barbarian class, and Venomancer class. With the latest expansion, a new race was introduced, called the Tideborn, and with them, two new classes, the Psychic, and the Assassin. This gives every race a Physical based character and a magical based character.

Game play consists of lots and lots of quests, which reaches well into the thousands. Most quests are solo-able, but you can squad with people for many of them just to make the game play a little more enjoyable. And at certain intervals are Major quests, which require a full squad of higher leveled characters in order to complete. Often call FB's, they stand for Fuben, which is Chinese for Dungeon. At the end of your FB, you will have to defeat a Major boss type for mob to complete your requirements.

Other aspects of the game

I think Perfect world International is a great game. It is easy to play. There are a lot of people playing. And it is well worth the FREE pricetag it carries. I think anyone who plays MMORPG's should give this one a try. And anyone who may not have played them yet but has been thinking about it, I would also recommend this one to. It is a fun and graphically pleasing game. With lots to do. Give it a try and let me know what you think!