Play Based Learning is easy - right?

The title "Play Based Learning" appears to imply that a child simply has to play with toys to learn something. There are two main problems with this idea. The first is that children can lose interest in toys that are merely randomly laid out in an area and the second is that children enjoy interaction with the signifigant adults in their lives.

The toys need to be carefully selected so that they are non-toxic, not small enough to be swallowed and have no sharp points/broken parts. They also need to be offered to the child in interesting combinations to encourage creative play. This means that when a child has played with a train set for example, the parent/carer may bring out something else, such as a farmyard set to stimulate the child's creative play with both sets.

Another example may be (large) Lego/Duplo blocks and a set of zoo animals. Other interesting combinations include cars and dolls, dress-up clothes and tea sets indoors, or spades, cups, sieves and buckets in the sandpit.

Children love playing with water, but any time water is made available to a child they must be supervised closely. Games with water include mud-pie making, doll bathing and ship sailing.

Is there any art to facilitating Play Based Learning?

When the child is at play the parent/carer can get down to their level and explore the activity with them. It is important to move at the child's own pace and let them communicate in their own way. Ask the child simple questions and let them show you how they do the things they have learnt. Repeat things that they say and follow up on their suggestions whenever practicable.

Children need both indoor and outdoor activities, and also benefit from a combination of individual and group activities.

Individual activities allow children to develop a sense of independence, explore problem solving strategies and develop their creativity. They may also need some individual time to process cognitive learning and relax from intense interaction with other children.

Group activities allow children to feel accepted as part of the community, practice communication and social skills and participate in games which require more than one person. They also offer the children an opportunity to experience cultural diversity and develop inclusive attitudes. Parents/carers should guide and facilitate activities but should not take over as the goal is for the child to learn for themselves. 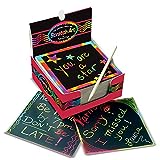 Children are all individuals and learn at different paces. Three basic learning styles are visual, auditory and kinaesthetic (or touching and doing). Carers can encourage learning by providing a safe environment which is rich with resources, giving instructions a child can understand, encouraging the child to communicate and providing assistance when they can not complete a task wholly alone. Carers can also be open to the children's questions, and provide constructive feedback on tasks. The carers can empower the children by giving out nurturing and encouraging messages. For example: “You can have a go”, “That was a good attempt”, “Its okay to try again, it takes a while to learn”. Spend some time with each child , acknowledging their achievements and making them feel valuable. Do not criticise, patronise or make comparisons between children. (Mission Australia, 2007: 6-11)

Appropriate communication with a baby involves responding to their verbal and non-verbal cues, babbling and cooing with them, playing peek-a-boo style games, speaking clearly and cheerfully and responding to their needs in ways which will assure them and encourage the development of trust. Toddlers can be encouraged when the carer responds to verbal and non-verbal cues, practices active listening which echoes and interprets their key words, asks questions and builds the child's phrases into simple sentences. Three to five year olds can be encouraged using positive reinforcement, descriptive praise for actions done well; questions, songs and games, and the carer may build on their short sentences to create longer ones. All children need opportunities for free play, physical activity and time for completing tasks for themselves. (Mission Australia 2007:14-15, 19) 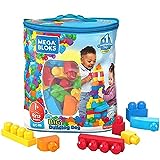 Development in the Early Years

According to the Parenting SA Parent Easy Guides 77: Milestones and 33:Learning to Talk, a child of 0-3 months watches the parents face, begins to smile and laugh, is “startled” by loud sounds, turns towards sound and carer touch; kicks, moves their arms, legs and fingers, and can follow moving objects with their eyes. The child also cries and makes other sounds. Signs that the child is “out of step” include being very hard to calm down, unusually floppy or stiff body, uneven muscle tone, stiff neck or hand muscles, not reacting to sounds and visual stimuli.

A child of 3-6 months laughs and enjoys being played with, makes eye contact with the carer, likes bright objects, rolls over, coos at familiar objects, and responds to voices even when they can not see the carer. They will also babble and “take a turn” when the carer talks to them. Signs that the child may be “out of step” include not kicking, hands, feet or limbs bent most of the time, not following things with eyes or turning towards a sound; and being consistently unhappy or unsettled.

A child of 6-9 months shows a happy response to familiar persons and reveals uncertainty when approached by strangers, cries when main carer leaves, plays peek-a-boo games, sits, may begin to crawl, holds a bottle, reaches out for objects of interest, looks for things they have dropped, shows awareness of very quiet sounds, says first word (da-da) and copies sounds made by carer. A child who is “out of step” does not show recognition of the carer, is hard to comfort, does not make eye contact, respond to their name or make babbling conversation.

A child of 9-12 months shows a preference for familiar people over strangers, turns when their name is called, gives “cuddles” stretches arms out as a signal for attention, copies gestures, throws things, crawls, attempts to stand, may begin to walk. They also shake and nod their head meaningfully and like to look at pictures in books. A child who is “out of step” will not sit up or move around, shows no interest in objects and does not babble.

Children from 1-2 years explore the environment by touching, enjoy cuddles, display a range of emotions; play near but not with other children (parallel play), walk, climb, begin to scribble, open doors and move larger objects. They also babble, appear to understand simple instructions and learn up to fifty words. A child who is “out of step” will have trouble walking, be unable to feed themselves and show very slow language development.

Children from 2-3 years are learning about themselves and their interests. They can say “no” or insist on doing tasks themselves, have tantrums, start playing imaginative games. They may also try to copy adults, and may occasionally join others in play. They can climb, run, kick and throw balls, feed and dress themselves. They may also learn to use the toilet and pedal a tricycle. They learn more words and begin to use short sentences, showing an understanding that this will get adults to respond. They like to listen to stories. A child who is “out of step” may not play with other children, throw frequent tantrums, be less active and have difficulty climbing, not use words in a meaningful manner and be less responsive when spoken to.

Children from 3-4 years begin to learn to play cooperatively. They can take turns and make up more complicated games. They may learn to balance on one foot, dress themselves, use scissors and bounce balls. They may learn about 1200 words and use longer sentences, enjoy jokes and word games, ask and answer questions. They can follow instructions and enjoy helping adults with household tasks. Children approaching 5 years of age can learn concepts such as colours and shapes, and are beginning to develop some literacy and numeracy. A child who is “out of step” will have difficulty jumping, be slow with their toilet training, speak unclearly and still not use sentences, and appear to have difficulty following instructions. (See also Mission Australia 2007:26)

It is interesting to note that the range of developmental progress within the band of normality for the 0-5 age group was acknowledged by the South Australian Curriculum Standards and Accountability Framework (2005:8) which has been used by Schools, Kindergartens and Early Learning Centres throughout South Australia (Australia) for the past years and will remain in use until the release of the National Curriculum in 2010. The S.A.C.S.A. Framework states that learning is “not age aligned” until about Standard 1 - grade 2.

Some examples of suitable activities for infants and children are listed below, and the developmental outcomes they may stimulate are highlighted.

Children from 12 months to 2 years will be at varying stages of physical strength. Parents/carers should allow the child to progress onto more advanced activities as they become safe and suitable for the child.

This will depend upon whether they are walking, talking and showing an interest in certain activities. It is also important to take note of how prone they are to putting toys in their mouths.

Do you LOVE poetry?