A lot of popular Chinese games can be traced back thousands of years back to traditional festivals and celebrations. Today many of these games are still played by children in China and throughout the world.

Chinese Games Around the World

You play with the Chinese yo-yo by holding two sticks, one in each hand, that have been connected by a string. You spin the yo-yo along the string by manipulating the sticks. After practicing, you can perform a lot of tricks, like tossing the yo-yo into the air, and catching it on the string, but make sure it remains spinning. The Chinese yo-yo is a great physical activity that challenges your reflexes. By combining physical and mental concentration, a player is able to focus on manipulating the spinning yo-yo.

The game has been traced back to 5th century BC China, where it is believe to have originated from a military exercise. The game has since spread throughout the world. When played in a group, you can eliminate players if they let the shuttlecock touch the ground. The last one standing is the winner.

Chinese children have been playing spinning top games for centuries. Tops are now made from wood, metal, and plastic. Children tend to play with smaller tops, getting them to spin by manipulating them with a piece of string. However, top spinning has turned into a serious competition in China. Some of the larger tops can weight up to 110 pounds each, but are usually around 100 pounds for competing. The tops are kept spinning by using a whip.

The history of jumping rope can be dated back to both ancient Egypt and ancient China. Wherever it truly originated, it has spread around the world and is a common game for children to play. Jumping rope takes physical endurance as well as concentration. You can jump alone, in pairs, or even with groups of people. 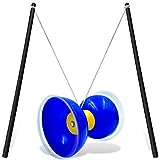