Danger Will Robinson, Danger! Robots are gaining popularity, and with the help of some brilliant minds, there are all kinds of robotic gadgets out on the market at affordable prices. Wow Wee toys has some absolutely brilliant gadgets out, robots designed by top robotics expert Mark W. Tilden. Another great producer of robotic gadgets is Ugobe, the company which brought out the Pleo dinosaur.

The Robosapien is a biomorphic (built to mimic animal or human biology) robot toy by Wow Wee toys. At just under a hundred bucks, it's not the kind of toy you give a destructive three year old, but boy is it fun for adults and teenagers! The creator of the Robosapien is a robotic physicist by the name of Mark Tilden. Not only does Tilden have his own created line of robots, he's developed his own law of robotics. This is a testament to the quality and craftsmanship of this line of toys.

This pint-sized human shaped toy has over sixty available commands, including punching, burping, farting, dancing and much more. A full list of commands and other cheats can be found at numerous locations on the web.

Other robots available from Wow Wee Robotics are:

Looking for something a little more cuddly? Try a Pleo!

Pleo is a one week old dinosaur, at least that's what his story says. With soft skin, natural mobility and plenty of interactive ways, Pleo is still a relatively inexpensive robotic toy. Designed by Ugobe, this robotic dinosaur toy grows and changes based on how you raise him. Pleo can see, detect objects, feel when you touch him, and hear your voice.

Having been graced with a few minutes to play with Pleo, I found the toy to be affectionate and adorable. The sensitivity of the Pleo toy is incredible, and it is every bit as inquisitive and exploratory as you would ever imagine a one week old dinosaur to be. Pleo naps, cuddles and roams automatically, and makes happy noises when you pet him. At $350 retail price, Pleo is well worth the investment, and would be an absolute delight around a house with older children between ages 8 and 80.

Robots grow more sophisticated every year, so you're really missing a great trend in toys if you pass up a robotic toy now! 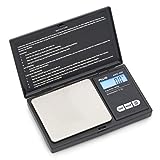