Scrabble Slam is another wonderful card game by the folks who brought you Scrabble Word Play Poker and that's a hit for the entire family.

Anyone ages 8 and up can play - and 2-6 players can participate.

Scrabble Slam is a word-based, fast-paced game that encourages accurate spelling as players try to beat each other to form 4-letter words. (I should add legit 4-letter words)

This is a card game that is portable.  There are 84 letter cards that come in a nice red tray for organization and the game literally can be played anywhere.

Unlike Scrabble Word Play Poker, there is no score keeping done with Scrabble Slam - the winner is the person to empty their hand of cards first! (Or have the least amount of cards left in their hand)

How to Play Scrabble Slam

The game is best played with everyone sitting around a table or on the ground so that there is easy access to the tray that will hold the cards. The tray holds 4 cards and thus you can only spell 4-letter words!

Shuffle the cards and have everyone draw 1 card out. The player with the card closest to the letter A will be the first dealer.

The dealer will then think of a 4-letter word, take those cards out of the deck and put the word in the tray. Play begins as the dealer deals out the remaining 80 cards to the players. If you are playing with only 2 players, you will thus have 40 cards in your hand.

The game cards are marked such that they have a front and a back with different letters on them. If you look at the sample pictures below, you will see that there is a large letter in the center of the card, and then 2 smaller letters in the upper left corner and the lower right corner. The uppermost letter is the same as the letter on the face of the card. The lower letter is the card on the BACK of your card. This enables you to see what letters you have in your hand at all times.

You can only spell 4-letter words.

You may only cover 1 card at a time in the tray to change the word.

You cannot cover a letter with the SAME letter. So you cannot spell PLEA when someone has already spelled PLEA. You must change 1 letter to have the word count.

You may spell the word again at another turn. So if the word was PLEA, then someone spelled FLEA, you could go back and respell PLEA.

The object of the game is to empty your hand of cards and this is done in rapid succession and first come, first serve more or less! For instance, as the example shows below, the dealer has spelled "PLEA".

Someone yells out the word "FLEA" and puts an F over the P to spell flea.

A different player yells out "FLEE" and puts a blank card over the A to spell flee and denotes the word is flee (the blank card will now be an E).

The same player yells out "FLED" and puts a D over the blank card that is an E to spell FLED.

RULES OF THE GAME

Scrabble Slam is meant to be a fast-paced game in which everyone is vying to get rid of their cards 1 card at a time by replacing a letter in the tray. There are no 'turns' and as soon as someone has yelled out the word, they're the first to yell it out and it's legit, then they get to play their 1 card in the tray. Play then resumes.

Remember, you may only add 1 card at a time to spell 4-letter words - and you cannot play a card over the same card. Meaning, FLEE cannot be played again just because there is a real E card to play over the blank card. It is still the same word. You can go back and redo a word that has been previously done but you just can't lay down a card to spell the same word twice in a row!

Words must be legitimate words that can be found in the dictionary. Players should agree before the game starts which dictionary they will use. If a word is played that a player questions, call time-out and then discuss whether the word is legit. If it is, then play continues. If the word isn't legit, the player has to take their card back and play resumes again instantly.

If playing multiple games, you count up the cards that each player has at the end of each round of play in their hands, keep track and then the player with the overall least cards retained in their hand is the grand winner!

A word laid is a word played!

My husband and I played this and he did not care for the 'fast paced' style so he decided that we should take turns creating a new word.

That worked actually very well too although it is a slower paced game that way.  You each just try and think of a new word and only play 1 card at a time.

We ended up at the end with much the same result.  He had a few cards left and I did not so I won - yeah! (Not that I'm competitive)

This way, it is slower and a less frantic way to play although as you can see in the video, these players did not get frantic! My daughter's friends, however, were all screaming and carrying on trying to beat each other to the new word.  That was a bit more 'lively' to say the least!

Scrabble Slam is a great game to play when you don't feel like dragging out the old Scrabble board and setting it all up.

Scrabble Slam is also a great travel game because it takes up relatively little room since it consists only of a deck of Scrabble cards and a tray.

It is a great way to play a game that moves quickly and is a lot of fun - many players can play - up to 6 at a time.

Scrabble Slam is also a Christmas stocking stuffer and imagine anyone ages 8-100 would love to receive one! 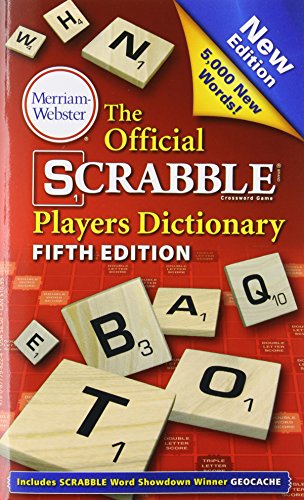 When Scrabble Gets Competitive!