3 Free to Play Games, and why you should or should not play them. Designed for the Lazy Gamer.

Look I am not going to sugar coat this one at all. This game is incredible to be free. If you are looking for a game that mimics wow, you are out of luck. Although most MMORPGs are similar to WoW, with the Gui, the game play is moderately different.

Reasons Why the hell, you should play this game:

Why the hell Should you decide not to play this fracking game:

Like Emeril, I am here to put a little spice in your life. It is really unfortunate more people haven't picked this one here up. World of Tanks is a Massively Multiplayer Online Tank and Artillery Simularcadimmovortor.. I added the vortor at the end for dramatic effect. Any way.. Schtuff is fun.

Why in the compound donkey funk would I want to play it?

Why the hell shouldn't I play this game?

Sweet mother of honjymonjy, Planetside 2 is fun! This one is an MMO FPS, with tanks, planes, trucks, and guns, guns, guns. Three Factions, Terran Republic, New Conglomerate, Vanu Sovereignty, All fighting at the same time. BATTLES! BATTLES! BATTLES! Its all about the battles. On full graphics this game is amazing with sparks flying through the air, massive explosions, and omg at the perks of big guns!

Why in the motherless turtle spunk, should I want to play this game?

Why in the (insert naughty phrase here) should I not want to play this awesome game? 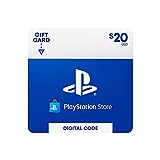