Action and Adventure games are making a come-back; games like Assassin’s creed and Gods of War have made them more popular than ever. With better graphics, superb sound tracks and more intuitive controls, today’s modern action game is a very compelling trip into adventure.

Plots have become more complex as truly multi-media games that are more akin to movies have begun to take over and transform the genre into a very popular almost movie like genre. Several top franchises are updating their games and providing the gamer with a great experience.

Rockstar North have always courted controversy with their Grand Theft Auto games and GTA 5 is not going to change a winning formula. Set in the city of Los Santos and the surrounding areas, GTA 5 is going to be the largest game in the franchise so far with a huge area to explore. With the ability to play multiple characters and switch them during missions, better graphic, more emphasis on character building with activities such as tennis, golf, triathlon etc. it looks like GTA 5 is going to be the best yet.

Tomb Raider is one of the most successful action adventure games of all time. Originally published in 1996 it provided top quality graphics a superior plot and of course Lara Croft; it was one of the first games to capture the excitement of a sprawling action adventure game and to add a sexy heroine into the mix – not only did it appeal to the teenage gamer, but it also brought in many female gamers.

Tomb Raider 2013 updates this franchise with top notch graphics, a blend of game style with stealth, survival and combat important but most importantly it focuses on the plot making the whole game experience vivid and exciting. The game looks stunning on a high end PC, but also looks pretty mean on the console.

Battlefield 4 promises to be one of the most dramatic action based games of all time; with solo play or multiplayer campaigns the game combines strategy and action to give one of the deepest ‘real’ experience in a battle type action game. It takes the cutting edge graphics to the next level ensuring that not only will the game be atmospheric and vivid, but also it will be stunning to watch and play.

With all out action on land, sea and air every player will find their own way to succeed in this stunning game.

Assassin’s Creed is one of the most innovative games of recent years with its stealth based game play in a stunning real world setting. This time you get to play as a renowned pirate whose aim is to plunder and pillage. Assassin’s Creed 4 brings strategy elements to the fore with maintenance and improvement of your pirate ship becoming very important to your success – to attack galleons and recruit sailors you’re going to need the best canons etc.

The vast open world provides plenty of unique locations to explore ranging from underwater ship wrecks to lost ruins. Play alone or with a friend and enjoy this atmospheric and realistic game. 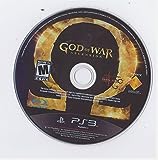 This prequel to the God of Wars series provides HD video, superb sound, great game play and complex puzzles! It’s a hack n slash action game that will have your heart pounding. The solo mechanics have been changed to make them more intuitive and make it easier to switch weapons quickly. For the first time the game will also feature multi-player games with up to 8 players joining in online.

While this game is not as deep or complex as many top action games, the great graphics, the adrenaline pumping action, the wonderful soundtrack and the addictiveness of the game will please most gamers.

Other Great Video Games for 2013