Bilibo - The toy overflowing with imagination

Design and Imagination meet at Bilibo

Bilibo is a toy that becomes whatever it is you imagine it to be. It is specifically designed to feed into the ways that children like to play, and it encourages them to use their imagination. It is a place to put things, a place to hide things, a place to sit, a bucket, a drum, a pool toy, a snow toy, a sled, a turtle shell, a tunnel, a helmet, a cradle, and much more.

I've watched several kids enjoy this toy - and they've all done different things with it. It makes for a great toy at Grandma's house because it sparks creativity and imagination and acts as many different things (so Grandma doesn't need to store too many toys).

Look at all the things a creative child can do with a bilibo!

The Bilibo is for children of various ages. Based on their age and interests, children will use the Bilibo in different ways.

For instance, toddlers may use the Bilibo to fill with items and then dump out, while older kids may use it for spinning or rocking, or silly races.

The Bilibo is great for pretend play, in which it will transform into a turtle shell, a drum, a cooking pot, or a ship. It even acts as a tunnel for cars, and a hiding place for just about anything.

Take it outside and you'll have a beach toy, a sled, or a chair.

The Possibilities Are Endless

Watch how much kids enjoy these creative toys... 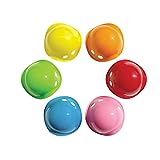 MOLUK Mini Bilibos Baby Toy
As with the regular size bilibo, two mini-bilibos will align like puzzle pieces perfectly forming a cute smiling face. If you have more than two bilibos, you will find that they stack perfectly inside each other.
Buy Now

The Bilibo has won many awards for its use and design:

It was also used in museum exhibits at:

If you value toys that help your child to build their imagination, and skills of creativity, then you may be interested in these great toys, which all promote imaginative play through building. 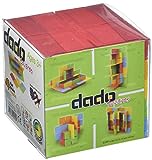 What do you look for in a toy?

What do you look for MOST when shopping for a toy?