The Laughing Crow is a moniker whose voice I borrow: a rascal who is abrasive but honest, curious, and outgoing.

Since the last patch, The Drifter presents a new daily quest to players of Champions Online: Questionable Questionite Acquisition, where the players defeat villains and save scientists. However, some aspects of this quest are harder than it seems. And with the event being a temporary one, players can use all the help they can get.

Stakes are high, because completing this quest gives a bag that has a chance to drop a FreeForm character slot (even for Silver players!) and otherwise 1-10 Drifter Salvage. The Drifter sells highly desired items like Mechassassin's Arm and Shield which can be purchased with this Salvage.

Edit: As of June 1st, 2012 - The Drifter no longer gives the quest as the event ended, quite suddenly. People on the forums are trying to find out if it was intentional because of player's difficulties with this quest or a side effect of the new patch.

This event is currently inactive

The Drifter does not give this quest for now - perhaps he will it again in the future. The Quest item "Broken Questionite Ore Detector" can not be used to get a quest anymore, since it requires this event to be active. If this event is ever repeated, the item should re-activate.

The first target of the quest is to vanquish 30 Questionable Questionite Hunters, mobs which spawn all over Millennium City. These come in a group of two henchman and one tougher cyborg. The second objective is to save 10 scientists who are being threatened by these mobs. Good spots to find these mobs are near Dynamic Technologies, the Argent Headquarters and all around the Harmon Building.

These mobs are not very dangerous, although the cyborg has a chest beam that causes a knockback. As quest mobs, they are represented by a grey skull on their portraits, and they scale with your level.

The hardest part of the quest is the defeat of Mechassassin and Steel Commando, who spawn at random intervals in a few locations in the city. Since the Champions Online game is divided in several servers (called zones), this makes it quite a hassle to find these two mobs. In addition, they are Legendary class, meaning you'd probably want a group of at least five people to kill them.

To the rescue: the MechaCommando channel

In order to help players find these two villains, players were quick to create a custom channel called MechaCommando, where sightings were reported, and people could ask each other to be invited in a team or to wait with attacking until they had arrived. To join this channel, simply use the following command:

You will then see this new channel pop up. It will be available on all your characters, so no need to repeat this step over and over. Hit escape and click on Chat Settings. You will see that the MechaCommando channel is colored white. Click on the small white box behind it and you will see color picked pop up. Choose a distinct and bright color, so you can easily identify messages on this channel.

For ease of use, please observe the following simple rules in the channel:

* Report sightings of Mechassassin (MA for short) and Steel Commando (SC for short).

* Include the location (see the next section) and what Zone.

* Report when your group engages one of them, and when they die to make sure others don't come over needlessly.

* And finally, keep chat about off topics at a minimum.

Switching servers (Zones) in Champions Online is a simple matter of clicking the location name at the top of your minimap. If you are not in combat, you will see a list of zone numbers (Such as Millennium City #1). Clicking on one of these will transport you to the closest respawn point in that zone.

Mechassassin and Steel Commando spawn in the following locations in Millennium City:

* Westside, the laboratory with the mutated scientists (called "mutation" in the channel)

* North of the Magic Bookstore (where the cars are on round revolving plateaus, called "Car Show")

* At the Harmon Building (on either side of the building)

* At the streets just East of the Harmon building

* Just South of the open mission "War on Peace" at the South-East section of Milennium City.

My personal recommendation is to stay close to the Harmon Building; you will always respawn here if you switch zones, and you can quickly reach all locations except Westside and Dynamic Technologies. As soon as a sighting is called, switch zones and rush over. It's considered good policy to wait until there's a good group of people before engaging, to make sure that as many people can get their quests done as possible.

Above is a large map with the spawn locations for Mechassassin and Steelcommando represented as red dots. Note that they share spawn locations, so either can show up. Once you have spotted them once or twice, you will probably find them much quicker the next time!

Hint and Tips for quicker questing

There are a few specific tips that can help get this done smoothly, and on multiple characters:

There's an issue where it is possible not to get credit for defeating either villain if you are low level, not doing enough damage, and so on. To avoid it, team up with people around you. If no one's started a team, simply invite people nearby. If they already have a team, you can right-click their portrait and choose "request to join team". Many people have open teams just for this. This also allows you to sidekick to a higher level, for easier credit.

Prioritize defeating MA and SC over killing the little Questionite Hunters; you will have plenty of opportunity to defeat nearby ones while waiting for a spawn to occur or more people to arrive.

3) Damage is what counts

To get credit, it seems damage is all that's important. Tanking and Healing doesn't realiably get you credit, so if you are a healer you might want to consider using an offensive Become Device to get some damaging abilities.

This is a quest item that drops off the Questionite Hunters. It starts a quest that offers a device, which gives a bonus to Questionite earned from Alert missions and Adventure Packs. It has a cooldown, but at once you can carry the buff, the device, the quest and the item that gives the quest.

The only real option for defeating MA and SA for lower level characters is the area called Mutations by people in the channel (where the quest Biotechnical Difficulties is done, at the North end of Westside, above Red Banner territory). If no sightings are reported there, log out your low-level character here and do something else. If a sighting comes in this area, you can quickly log over to this character, switch zones if needed and run over.

6) Stay calm and in control

Getting no credit for a kill, no FreeForm slot in your reward bag or people starting a fight before you get there are all reasons to get frustrated, but stay calm and you will learn quick enough how to get this quest done quickly and painlessly. When I started, it took me hours to do it on one character, and now I routinely do the quest on 3-5 characters in an hour. 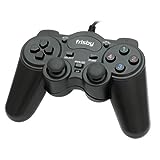