Fun December Quizzes And December Trivia For You To Enjoy

If you like quizzes and trivia, you ought to enjoy these December and Christmas themed puzzles.

Christmas time is the most special time of the year for many people, and I thought it would be a great idea to put together some December and Christmas themed quizzes to see how much people knew about the last of the twelve months in the year.

December is no ordinary month of course. Did you know that statistically, one-twelfth of the things that happen during the year, happen in December? Amazing isn't it!

As well as being the month when people celebrate Christmas and Hannukah, it's a month where a lot has happened throughout history, as I will proceed to show you through the quizzes and December Trivia that you will find on this page.

The month of December is also known as being one where many Americans start the month suffering from PBFSD (Post Black Friday Shopping Disorder). Later in the month many suffer from CDWM (Christmas Day Wardrobe Malfunctions) due to overeating, and end the year with NYEH (New Years Eve Hangovers).

But enough of this silliness, and let's get onto the quizzes.

Each of the following quizzes has 3 questions with multiple choice answers.

I hope you enjoy them as much as I did putting them together. If you do like them, please share this lens with your friends, and come back again as I plan to add more quizzes as time goes on.

If some of the questions have you puzzled, you might find some information on them later on this page. 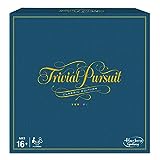 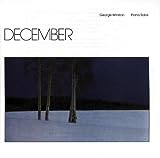 Look Below For Explanations About Some Of The Quiz Questions Above. No Cheating Though!

In the movies, who was born on the same day as Jesus?

If you got this wrong, I guess you have never watched Monty Python's "Life Of Brian", where Brian was born in Bethlehem on the same night as Jesus, and was frequently mistaken for him throughout his life.

What event is remembered on 07 December in the USA?

I would be really surprised if anyone in the USA didn't get Pearl Harbor Day, but if you are from other parts of the world, you are forgiven.

King Henry I of England died on 1st December 1135 from what?

King Henry I was the youngest son of William The Conqueror, who invaded England in 1066 and who created The New Forest. Lampreys are a type of Eel of which Henry was very fond (see Wikipedia).

On 4th December 1872 the crew of a British ship boarded another only to find what?

The ship was indeed devoid of all crew, there was nobody on board when she was boarded. The table was set as if they were in the middle of a meal, and there were no signs of anything unusual. The vessel as I am sure you must now be aware was the Marie Celeste.

On 8th December 1980, which well known Beatle was murdered in New York?

I am sure that you guessed the right answer, John Lennon. This was definitely a day when the music died. I wonder what John would have been writing today if he was still alive.

On 12th December 1955, a British engineer patented a new form of transport?

It was indeed The Hovercraft, which was patented by Sir Christopher Cockerell.

On 16th December 1773, there was a nasty incident involving tea in which city?

Yes I know we love our Tea in Britain, and much of our Tea comes from India, but hands up those who didn't figure that this was referring to The Boston Tea Party.

The 17th December 1778 was the birth of English inventor Sir Humphrey Davy, who is famous for inventing?

It was in fact the Miners Safety Lamp, otherwise known as the Davy Lamp. This gave miners warning when there was poisonous or potentially explosive gas in the mines, allowing them to escape a nasty fate underground.

The naturalist Charles Darwin set sail on 27th December 1831 in which ship?

Hands up if you didn't know that Charles Darwin's ship was The Beagle? Back to history class if you got it wrong.

26th December 1943 was a great day for the Royal Navy when they sunk the German battleship Scharnhorst, in which ocean?

It wasn't just the German U-Boats that were a threat to Allied convoys during the Second World War. The German surface ships too could pack a punch and easily send merchant ships or their escorts to the bottom of the ocean. It was imperative that each of these fast modern ships was located, tracked and destroyed, and the sinking of the Scharnhorst was a great boost to British morale.

Christmas Eve in 1508 was a day to celebrate in London, when homes had what, for the first time since the Romans left, over 1,000 years earlier?

The Romans brought piped water, central heating and many other inventions to Britain, however as the Empire faded away, so too did their inventions, and the period between the end of the Roman Empire and the Rennaissance is known as the Dark Ages.

The Americans sent this reply to the Germans on 20th December 1944 from Bastogne?

Well they might have sent any/all of the following to the Germans, but it was the famous response of "Nuts!" to the German request for the American forces to surrender during the battle Of The Bulge that has gone down in history.

Who would have thought that Bob Hope was not born in the USA.

The first Christmas in the New World was celebrated in what way?

I am sure that the crew of Columbus's ship the Santa Maria would have liked a feast or a day of rest, or even a day of football (if it had been invented), but unfortunately for them the first Christmas Day in the New World was spent struggling to keep their ship afloat after it was stranded on a reef, trying to save their stores and equipment.

Christmas Day in 1620 was observed in Plymouth, Massachusetts how?

The Mayflower and her Pilgrim Fathers had reached the New World just four days before, but although you might think that they would be thrilled to be on dry land again, their leaders were not a jolly lot unfortunately. Christmas was seen as a corruption because it occurred at the same time as the pagan Winter Solstice, and so no celebration for those who survived the journey. Instead they began work on building the first house. I don't think I could have handled being a Puritan!

Are You Ready For Some More Quiz Questions?

What activity was banned on Christmas Day in 1659 in the New World?

This was the height of Puritanism, when anyone found guilty of celebrating Christmas in any way or form, even by reading the Book Of Common Prayer, could be fined five shillings. The only musical instruments that were allowed on that day were the Drum, Trumpet and Jews Harp. A strange choice I have to admit.

It was just two days before Christmas in the year 1822 when Dr. Clement Clark Moore made up some verses to tell to his children the following evening. What were they?

It was indeed "The Night Before Christmas", originally known as "The Visit Of St. Nicholas", which was published anonymously the following year.

For Christmas 1856, President Franklin Pierce installed the first Christmas Tree inside The White House. But where did the tradition come from?

If you believe that the Christmas Tree was anything but a German tradition, then I can get you to believe just about any poppycock!

A single minute a week before Christmas in 1903 went down in the Record Books. What was it?

Well if you didn't have a stab and pick the First Manned Flight, it just proves my point about you falling for a load of bull! On this day Wilbur Wright spent 59 seconds aloft on the coast of Kitty Hawk in North Carolina, and manned flight had begun.

Christmas 1933 was a season of celebration in the USA for what reason?

I guess there is always someone who falls for the wrong answer. The correct one should of course be that people could now legally go out and party, since the Prohibition Era ended on 5th December that year.

On Christmas Eve in 1963, Idlewild Airport ceased to exist. What was the reason?

Did I get you again I wonder? Idlewild Airport in New York was renamed John F. Kennedy International Airport, in commemoration of the late President Of The United States.

On 1st December 1955, Rosa Parks refused to give up what?

Rosa Parks was best known for refusing to give up her seat on a bus to a white male. Her stand aided the Civil Rights movement in their battle against racial segregation.

On 2nd December 1859, John Brown was hanged for his part in a raid on where?

The song "John Brown's Body Lies A Moldering In The Grave" was written about this failed raid on Harpers Ferry. The increased tension from this action helped bring about the Civil War.

On 3rd December 1960 this play opened on Broadway?

It was as you probably guessed, Camelot, which is nothing to do with Monty Python or Spam or anything else silly, other than dancing knights and a round table. West Side Story would have been a good guess, that opened on Broadway in 1957 though.

Which General said farewell to his troops on 4th December 1783?

After the defeat of the British forces in 1783, George Washington resigned from his post as Commander In Chief of the Continental Army, to prove his opposition to dictatorship. He was later elected as the first President of The United States.

December 10th 1896 was a big day for college sports, when the first inter-collegiate game in which sport was held?

One of the best loved movies of all time premiered on 15th December 1939. Which was it?

It was the epic Gone With The Wind, loved by some, and then there are others who frankly couldn't give a damn!

For Christmas in 1959, Richard Starkey got a set of drums. We know him better as who?

Richard Starkey is of course best known as Ringo Starr, drummer for The Beatles.

For Christmas in 1939, department store Montgomery Ward introduced for the first time, Rudolph, who was?

Rudolph was the 9th Reindeer, who leads the other eight reindeer who pull Santa's sleigh. Rudolph is in single file, whereas those behind him are two abreast.

It's Christmas Day 1818 in Austria, and an audience is being treated to a rendition of the first known Christmas Carol. Which is it?

It was in fact Silent Night, Holy Night. The lyrics were originally written in German.

I Hope You Enjoyed The Quizzes

I really hope that you enjoyed these. Come back for more soon, and I hope to soon have a suite of these for each month of the year. If you like this idea or have any more Quiz lens suggestions for me, please leave a comment in the Visitors Book.

Thanks to History UK, Historic People/Events In December and Brainy History for helping me with ideas and inspiration for some of the questions.

Did You Enjoy These Quizzes

Please let me know what you think...