Mark of the Assassin Defeating the Wyvern

Dragon Age 2 Mark of the Assassin Defeating the Wyvern

Mark of the Assassin Wyvern Bait

The dragon age 2 mark of the assassin wyvern bait quest begins in the western hunting grounds, where Hawke, Tallis and company are attacked by dragons and dragonlings. This fight is surprisingly easy, especially if Tallis had been leveled up to fit in with the dragon age 2 party concerned. One of the dragons will serve as the corpse for baiting the wyvern.

Head into the eastern hunting grounds, and look for wyvern dung. When this is found, a rather hilarious conversation starts between Hawke and Tallis. Anyhow, follow the wyvern remains and trail to the wyvern nesting ground area. This is where the wyvern will appear. 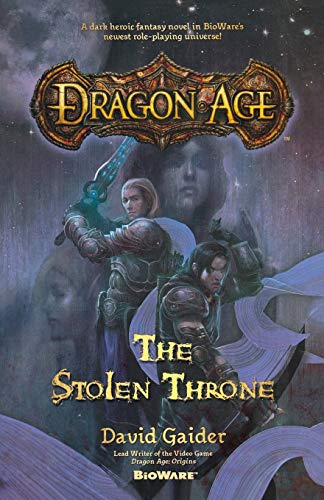 Mark of the Assassin Defeating the Wyvern

In dragon age 2 mark of the assassin, defeating the wyvern is not too hard, since it is one vs four (for most Hawke parties). Just freeze or stun the wyvern using spells like Petrify. The wyvern cannot attack (otherwise it can release a rage berserk attack which can cause a lot of damage). Then use the tank or Tallis the rogue to damage the wyvern. At 20 + levels, the wyvern is cut down really fast.

The more difficult part of the baiting wyvern quest starts when Baron Arlage enters the game. Having seen Hawke defeat the wyvern, the baron is jealous and attacks Hawke and party. This fight requires more attention from Hawke. Use Tempest lightning spells on the baron and his men, and then use the tank and rogues to target the duke. Using this tactics, the baron can be subdued easily. Defeating the baron will end this encounter. The Duke Prosper will then appear and Hawke is given a chance to spare or take down Baron Arlage.

Mark of the Assassin Invitation to the Wyvern Victory Party

To enter Chateau Haine itself, speak to all the guards on site. One of the guards was supposed to have the key. Instead, he gave the key to the elven servant. Speak to the elven servant, and find the key has been passed onto Lord Cyril. Speak to Lord Cyril and drug his wine to obtain the key and enter Chateau Haine. At this point, only Hawke and Tallis will adventure on as a duo, instead of the usual four in Hawke's party. Even though there is less firepower, it is at least some "alone time" with Tallis.

In the mark of the assassin wyvern victory party, one can earn some extra experience points by throwing coins into the fountain. Also take the chance to catch up with some old friends at the wyvern victory party including Leilana and Teegan from Dragon Age Origins.