In Mass Effect 3, Shepard leads his team of Liara T'Soni and Garrus to retrieve the female Krogan from Mordin Solus on the salarian homeworld. This will involve Shepard as the Vanguard attempting to complement his biotic charge and nova powers with Liara T'Soni's biotic powers (of Singularity and Warp) and Garrus's ranged weapons expertise in defeating waves of Cerberus enemies. Finally, Shepard, Liara and Garrus will face off against the Atlas Mech and more waves of Cerberus enemies on the salarian homeworld. This will provide some tactics that Shepard the Vanguard and his companions can use in defeating the Atlas Mech, and retrieving the pod containing the Krogan female. 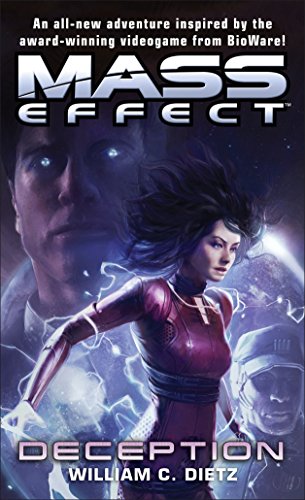 In Mass Effect 3, the final stage of the salarian homeworld battles comes in the form of a cerberus Atlas Mech. This fearsome and more than man size machine carries two arm like machine guns and has a cerberus operative piloting the machine within a glass like pod. To defeat this mechanical monstrosity, Shepard and company must learn the geography of the battlegrounds.

Shepard must realize that he is at the center of a foyer with much cover. To the left is some space that Shepard can run into to escape the Atlas Mech. The right side of the foyer has larger amounts of space, but is also the area that more cerberus operatives will drop down into. The atlas mech will advance down towards Shepard.

If Shepard is interested in high-octave battle, then use biotic charge and ram the Atlas Mech. If Shepard has invested enough points in this vanguard class level up, then the biotic charge may recharge back to full. Ram the Atlas Mech again! Follow this up with a Nova move. When the Atlas Mech is stunned, quickly run to the left and hide behind cover. Heal up if necessary. Next, play a cat and mouse game with the Atlas Mech, running around the area described above, and then launching timed shots from the M-22 Eviscerator.

With patience and perseverance, the Atlas Mech's armor will decease, followed by it's shield and then it's health. Whilst running from corner to corner looking for cover, do not forget to take cover from the cerberus operatives firing shots at the hero from the right. Dodge this and try to bring the Atlas Mech round in a circle on the left side. Repeat this sequence of biotic charge, and then close range shotgun attack followed by hiding behind cover. Eventually the Atlas Mech will be defeated.

Watch the cutscene as the Krogan female is rescued on the Salarian Homeworld.