This is a list of all the traps that you can make in minecraft, with step by step instructions on how to make them, materials used, and some methods in how you can use them. I will also include videos for every single Minecraft trap that I post in this directory. I hope you find this to be useful and helpful!

Step-by-step :Basically, what this calls for is some redstone work to make an auto on/off switch, so after the protected block is broken, the person is hit repeatedly, instead of one time. The one in the video below is not as compact as I would like, but it does a good job, and gets the job done.

Materials needed: Redstone, a block to protect (must be valuable enough have someone want to pick at it) cobblestone, and a pick.

Uses: It seems a great idea to use when you on a server, and you make a tunnel to diamond or something, and your put your arrow trap behind the block, make sure it's harder to escape by making a long straight tunnel near the end, hard to escape. And hope people fall for it!

Step-by-step build: The way to build a cactus trap is showed in the video below. basically, what you do is create a square, and dig down, and put one sand in the bottom and build cactus in the middle. Then what you do is put water along the sides, and walla, you got your self a mob trab/stupid person trap

Materials: The materials you need for this minecraft trap build is very small, all you need is a cactus, one sand, and a shovel for dirt digging.

Uses: it can be used as decoration, which kills mobs, and if you really wanted to, it could be a mob trap. and occasionally, if your on a server, you may be able to kill some dumb people who play.

This is probably one of my favorite ones. It's funny, and is really cool! The only downside is that it takes many resources as well as time and well.... everything that makes minecraft fun in my opinion!

Step by step: First build a tunnel of some sort that leads to free cake dispenser! After that, you must build lava walls, on two sides. Next step is to create many dispensers on the other sides of the lava wall, get a bunch of redstone to connect it, and walla! you got yourself an amazing trap.

materials: 64 dispensers will be needed, 1 hour of frustrating time, for 1 min of happiness watching someone die from the minecraft trap, redstone, iron door, and however long your corridor, double that amount in lava.

Step by Step: What you need to do first of all is start off by creating lots of pistons, put them in a square and then putting wood 3 blocks above it so that mobs cannot jump over it. Then what you need to do is add wooden pressure plates on the inside edges of the square of pistons. Now you have yourself a trap!

Materials: 16 Pistons, 12 wooden plates, and wooden blocks to put up higher so they can't jump. Have fun teasing a dumb creeper!

Uses: obviously, to catch various mobs, like spiders, creepers, and anything you please!

Step-by-step: you take the 4 doors and set them up in a square, and then add a wooden pressure plate, with a block on top of the doors. wooden doors for dumb mobs, and iron doors for dumb players. This is quite fun, and EXTREMELY easy to make, and quite useless.

Materials: 4 wooden doors, or 4 iron doors. You also need a block to put on top, and a wooden pressure plate to put in the middle.

Uses: The uses for this trap includes trapping mobs, having fun, being bored, can't think of much else

What Minecraft Trap is the best?

Step by Step: you will need about 1-2 stacks of glass blocks, buckets of water, and follow the video for the explanation of how to build it. This is one of those traps where it is easier to watch it being made than reading it.

Uses: effective for trapping mobs, and killing them by drowning them. Effective for gaining items without doing much, kind of like passive income haha.

Step by step: First you build yourself a hole in the ground. Use pistons to cover the hole, they step over it and they step over the plates, and when they try to go into your house, they die. do it in a dark place so it's harder to see the pistons.

Uses: great for killing unsuspecting players, good for killing people who try to grief you. may kill mobs as well.

Step by step: Build a huge downwards going water flow from where you want, but make sure they all meet at the same place. make the place out of glass, then let them go down a hole filled with water where they drown. You now have a great trap! while it's night, just wait there for all the monsters to come

Materials: The materials used would be lots of shovels, some glass, and time.

Uses: The uses of this would be to make it possible for a person to be able to do nothing and gain monster traps. How nice and easy.

step by step: you need to be in creative for this, so beware. What you do is make a spawner/find a spawner and put it in the middle of a cactus field. They all die. Yay

Materials: spawner, and lots of cactus 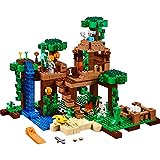 Am I missing any traps? What did you think?