The Oldest People Who Have.....Done Things You Wouldn't Expect Them to Do!

Do You You Have to Stop Living, Growing Because You Are Old?

Baby Boomers have been called the first self-indulgent generation. We are accused of not wanting to grow old. Well, who does want to grow old? We are just the first generation who isn't going to allow it to happen. However, the people you see here aren't Baby Boomers. Some of them are even older than the parents of Baby Boomers.

In my idealistic twenties I worked in a Senior Citizen's Program in New Jersey. I loved it and they loved me. However, when I came up with an idea to get some of them to go back to school, I was met with a lot of resistance. They saw school as something you had to do when you were young, but since it was just kid thing they thought that being freed of it was best. Of course, in my twenties, I also thought I knew what was best for them. Regardless, I was crushed.

Recently, however, while sitting in Newark Liberty Airport I noticed a huge banner that stated that the oldest college grad was 95! Wow!

I don't know if any of the people here had a formal Bucket List , but they sure live life to the ultimate, even well past 90 or a 100!

This is an exert from the interview, but do yourself a favor and click the link for the whole story!

start taking community college classes. The rest, as the saying goes, is history.

Now Nola Ochs has made history, and even though she has been besieged with

offers for television appearances and media interviews, the gracious, beautiful,

Nola Ochs started college when she was 65. It took me 9 years to get my BA. I know how hard it is to keep going, stop and then go back. But 30 years of doing this really boggles my mind. That is as much of an accomplishment as graduating at 95.

Nola did some of her work on line, although not all. That wasn't even possible 30 years ago, when she began at age 65. She finished up, graduating with her granddaughter, living in an apartment on campus.

Nola Ochs is my hero!

Who Is The World's Oldest Skydiver?

There seems to be some controversy about this. I found two that credited the record to two different 101 year old, but nameless, men. Before them Herb Tanner, 93 held the record. World's 101 Year Old Skydiver!

The picture here, from Alex Turner/AirAffair, is of Mary Armstrong , great grandmother of 9 who celebrated her 90th birthday with a 12,000 foot jump. But the record holders would have been too old for her to date when she was a teen.

I loved this honest Blog entry from a man who talks about the reality of jumping. As he states in Skydiving there is a Disneyland ride atmosphere about it, but it is dangerous, many times more so than motorcycle riding. He mused that it is not only unnatural for anyone, but certainly someone in his 100's, 80's maybe, but not 100's.

The Oldest Tandum Skydiver on Film

Eunice is far from the oldest, as we have seen, but this great video is inspiring as it shows how she gains confidence as she goes down.

Ruth Hamilton died just 3 months shy of her 110th birthday and she blogged to the end! I wonder if she had a Squidoo account? In fact I wonder who is the oldest Squidoor?

"She talked to the Growing Bolder Radio Show about her amazing life.

She started as a teacher, married a pro baseball player, became one of the first women to host her own radio show, came face to face with Hitler in 1937, taught diction to Hollywood starlets and became the first woman elected to the legislature in New Hampshire.

Listen to our conversation with this incredible 109-year old woman."

Please, please, please do yourself a favor and follow the above link. From there you can go to her last radio interview.

I had always thought I would live until 103. But heck, if I am like Ruth, and why not?, I can go another 49 years. I wonder how many Squidoo lenses I will have by then?

I remember my uncle rushing to get his scuba license before a certain age, because it was illegal to get one after that age. Unfortunately I don't remember if it was 40 or 50. He did get his, btw.

However, because of the pressure on the lungs, scuba diving is a sport for healthy, probably younger people. Yet here we have Burt. Sadly, his heart and kidneys gave way at 93, but fortunately for us, he has left behind a lot of stories. You can read more about him Bert Kilbride . Here are some great quotes:

"In 2004, for my 90th birthday, Guinness Book of World Records proclaimed me the "Oldest Scuba Diver" in the World."

"My wife, Gayla, and I have been working for about a year now compiling my stories beginning in my childhood. My next birthday, March 8th, I will be 93 years old. So you see, I have a few stories to tell."

"I have been a diver for almost a century now. My mom taught me to swim before I could walk. I can't remember a time that I couldn't swim!"

"I was bringing up treasures, in the form of rings and watches, from the depths of Lake Loraine in the 1920s. My mother made me a dive mask when I was only 8 years."

"I have been an inventor, a builder, a contractor, and an entrepreneur. I have bought and developed two barren islands, one as a Scuba Destination hotel. I owned a SCUBA Diving tour business for 30 years. I am a husband, a father, and I'm aiming to live to be 100. I have a date with Jean-Michel Cousteau to go diving in the BVI for my 100th birthday."

"In the 1960s I created the "Resort Course" for the beginners interested in Scuba Diving. It is now taught worldwide under the name of the " Introductory SCUBA Course". In 1987 I was awarded a NOGI Award for Diving Education for my Resort Course."

"I was made "Receiver of the Wrecks" by Queen Elizabeth in 1967 and called a "Pirate" by others in the BVI Government when I wouldn't produce a map of the wrecks I had found on Anegada Reef."

"In the 1990s the Governor of the British Virgin Islands called me a "Living Legend" in his speech on the radio."

Nun, 106 Voted for Eisenhower And Didn't Vote Again Until Obama

Sister Cecilia Gaudette is currently living in a convent in Rome, Italy. At 106 she is very active helping the convent record their archives.

She had not lived in the country for a long time, and had not voted since Eisenhower, who she supported. She had to go to a lot of trouble to vote now. The absentee registration form drop down for birth date stopped at 1905 and she was born in 1902. But she persevered and cast her vote for the candidate of her choice. How many young people go to that much trouble to vote?

"I'm encouraged by Senator Obama," she said. "I've never met him, but he seems to be a good man with a good private life. That's the first thing. Then he must be able to govern," she adds.

As excerpted from the Times Online:

Sitting in her modest office in the convent where she has lived for the past 50 years, the diminutive nun appears uninterested in the row inside the American Catholic church over Senator Obama's support for pro-choice policies on abortion.

Asked about her hopes for the US under an Obama presidency, she says: "Peace abroad. I don't worry about the Iraq war because I can't do anything about it. Lord knows how it will end." "It is very complicated," she said. "Those Eastern people are not like we are."

Covered by the BBC

I just saw an ad on TV showing an 81 year old woman water skiing. She was doing some pretty fancy moves and if we eat the product she does, we can too. Kind of like "Doc, will I be able to play the piano after the surgery? Good, because I couldn't before."

So I Googled her and discovered that the oldest water skier is actually a man named Frank Schearer who skis at 100 years old! "I just ski for fun," he said. "And it's fun out there in the water on a nice day." I can see him say this as if he were talking about talking the morning constitutional.

If you'd like to follow in the wake of these two you might want to check out National Centenarian Awareness Project . You can learn a lot about healthy living into old age.

But Schearer goes on to say, ""I think it has to do with the fact that I have been so active," Shearer said. "I've been active all my life, from one sport to the other sport -- snow-skiing in the wintertime, water-skiing in the summertime, hunting, fishing. And, especially in recent years, I've been doing some weightlifting regularly." in an interview for ABC news Also don't forget to look at my lens Is 60 the New 40? .

Born to Be Wild 102 Years Ago: Biker Chick Finally Find Her Bike

Any Purchase Here Will Contribute to Heifer International: The Pay It Forward Entrepreneurial Charity

OK Folks, If You Want to Hold One of These Records, You Will Have to Stay Healthy.

Here are the guides to help you

In the Body of the World: A Memoir of Cancer and Connection
Buy Now 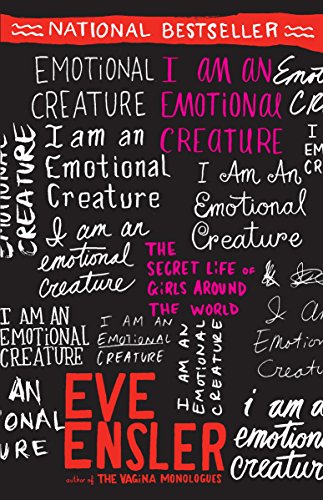 I Am an Emotional Creature: The Secret Life of Girls Around the World
Buy Now 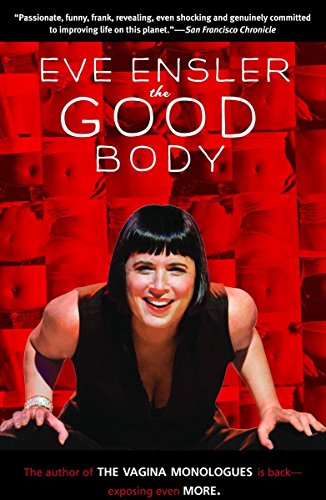 Selling Sickness: How the World's Biggest Pharmaceutical Companies Are Turning Us All Into Patients
Buy Now

Life Is a Verb: 37 Days to Wake Up, Be Mindful, and Live Intentionally [Paperback]
Buy Now

Land of Love and Drowning: A Novel
Buy Now

What do you make of all this?

What do you think of this lens? Stars always welcome!

I Want to Hear From You!