The Dark Side of Zero-Calorie Sweeteners: Allergic Reactions to Aspartame, Sucralose, and More

I love to blend. Hummus, smoothies, ice cream bases, it's all good. Recently I discovered a new blendable food item -- cream cheese. Excited, I started making up a few batches of spreads using fat free cream cheese. One was cream cheese with chocolate almond butter (SO good with dates), my favorite was pumpkin spice cream cheese, and I also made a fruity spread using sugar free blueberry syrup. All were delightful, and I used the blueberry on my toast the next morning.

However, all was not well with my cream cheese processing. As I blended and taste-tested, I noticed that I got very full very fast. Soon I was bloated and feeling awful, and also confused. I was fairly certain that I had not eaten enough to stuff my stomach to such a size, but I could not deny its very obvious voluminous discomfort. I tried to shake it off, even though I felt frustrated, and some exercise therapy at the gym worked wonders.

I stocked up on some more cream cheese. I like savory spreads, but I was excited to try some more fruity flavors. I used sugar-free raspberry coffee flavoring to create a sweet pink cream, revisited one of my previous concoctions with the slight variation of chocolate peanut butter, tried out some ginger pumpkin cream cheese with dubious results, and finished up by making an autumnal spread with cinnamon and sugar-free maple.

Once again, all my spreads were tasty (although I'm still a bit uncertain about the ginger one). But, to my horror, something else reoccurred from my first cream cheese blending night. That's right -- my stomach bloated and ballooned, only far worse. My abdomen cramped terribly, and I felt like I had overdosed on laxatives. Only I hadn't. What the heck was going on with my body?? Again, I spent another uncomfortable and sleepless night worrying this question while I puttered around the internet.

Then I realized -- the two cream cheese creating episodes shared one more common element. Both times I had relied heavily on the use of sugar-free products that make use of artificial sweeteners like aspartame and sucralose. In the wee hours of the morning, I wondered and then I Googled. Sure enough, the FDA is out to lunch on if these fake sweeteners are actually okay to ingest. Sucralose is better than aspartame, but both are not good. Apparently many people claim to suffer from aspartame poisoning, and symptoms can include gastrointestinal pain, bloating and cramping, depression, and insomnia. Not only that, but artificial sweeteners may actually lead to weight gain rather than support weight loss. Ouch. Check out some of these scary but informative excerpts from professional nutrition and health sites:

The list of side effects from artificial sweeteners is vast, but common reports include headaches, dizziness, mood changes, abdominal pain and cramps, memory changes, fatigue and physical weakness. . . . If the sweetener is consumed by itself as part of a low-calorie beverage, then the body is trying to store glucose that isn’t there, so hunger for sugar is stimulated. That hunger triggers a stress response in the body that is most likely the cause of some heart palpitations, headaches, and muscle cramps. So, for a moment of simulated sweetness, the metabolism switches off, the body is put into storage mode and hunger for sugar is stimulated.


. . . Doctors compared two groups of rats: One consuming yogurt sweetened with glucose and the other with artificial sweetener. The rats consuming the artificial sweetener were unable to regulate their intake, leading to greater weight gain and more body fat as they had a greater overall consumption of calories. It appears that by avoiding sugar and using the fake stuff, the body is not able to regulate hunger and appetite, which leads to increased consumption.


The presence of chlorine is thought to be the most dangerous component of sucralose. Chlorine is considered a carcinogen and has been used in poisonous gas, disinfectants, pesticides, and plastics. The digestion and absorption of sucralose is not clear due to a lack of long-term studies on humans. The majority of studies were done on animals for short lengths of time. The alleged symptoms associated with sucralose are gastrointestinal problems (bloating, gas, diarrhea, nausea), skin irritations (rash, hives, redness, itching, swelling), wheezing, cough, runny nose, chest pains, palpitations, anxiety, anger, moods swings, depression, and itchy eyes. The only way to be sure of the safety of sucralose is to have long-term studies on humans done.

Thankfully, perhaps in answer to Kovacs' (and others') call for further studies on the effects of artificial sweeteners, Britain's FSA is investigating sweetener users' claims. Their study will look into if and how exactly fake sugars affect the human body. Given the list of symptoms collected by the FDA in 1995 related to aspartame consumption, the results of that study and many additional efforts can't come soon enough.

What is your experience with artificial sweeteners? 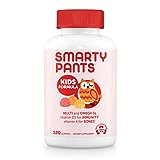 All writing copyright of Beth Morey, 2010. Reproduction/reprinting is prohibited, although linking to this hub as an information source is permitted.

Talk back! What do you think about aspartame poisoning -- truth or hoax?