10 Superfoods That Will Save Your Life

Why Is Good Nutrition Important?

For decades, heart disease has been the number one cause of death in the United States of America. The World Health Organisation states that:

Conditions that lead to heart disease, including high cholesterol, high blood pressure, and obesity. According to many health specialists, unhealthy diet and inactivity are strongly linked to the development of such illnesses, suggesting the need for nutritional awareness in order to promote longevity.

Often, keeping to a healthy diet can become confused by the way in which we, as consumers, are bombarded with facts and "what we should eat" recommendations from multiple angles. We are told one year to avoid fat and the next to avoid carbohydrates. Obviously, we cannot follow all of the trendy, and contradictory, "advice" that we are force fed. Yet, the underlying notion that diet can keep us healthy should not be ignored. So, here is a list of ten superfood recommendations that have always been necessary for a healthy diet and lifestyle.

10 Superfoods That Will Save Your Life

This curly green may not seem like much; however, its health boosting qualities have earned it a place on our superfood list.

Recognised as one of the top alkaline foods, kale regulates the body’s pH level which leads to overall improved health and well-being. As a alkaline food, it also aids digestion, regulates weight, and can even prevent disease due to its immune boosting and anti-inflammatory properties.

As a vegetable high in the essential phytonutrients, it protects against a wide array of cancers. Kale, as with brassicas, contains sulforaphane (particularly when chopped or minced), a chemical with potent anti-cancer properties. Research has also shown its ability to help the liver produce cancer fighting enzymes.

A rich source of potassium and phytonutrients, a humble bowl of porridge contains all sorts of miraculous health benefits.

Oats have a special type of fibre known as the bran, or outer casting of the oat, that helps to lower cholesterol and prevent heart disease. Since 1963, several studies have demonstrated the beneficial effects of oat hull, concluding that daily consumption of oats over several weeks lowers levels of total cholesterol. One piece of research showed that in individuals with high cholesterol, consuming just 3 grams of soluble oat fibre per day (the equivalent of a bowl of porridge) typically lowers total cholesterol by 8-23%.

Tomatoes – the scrumptiously red vegetable which isn’t actually a vegetable! Yet, did you know that its red colour comes from lycopene, a powerful antioxidant rarely found in other foods. Studies have found that this extraordinary nutrient could protect the skin against harmful UV rays, preventing the development of certain types of cancers.

The red fruit is also high in Vitamin E, which is crucial for maintaining heart health. Just a single medium-size tomato provides half of the recommended daily dose of Vitamin C.

Tomatoes also help to lower cholesterol. Surprisingly, the biggest health benefits come from tomatoes which have been cooked, as the heating process increases the amount of lycopene our bodies are able to absorb.

Kefir, the centuries old fermented milk product, means “good feeling” in Turkish – offering a clue as to why it has made this top ten list.

Acclaimed as healing digestion-related syndromes and diseases including Irritable Bowel Syndrome and Crohn’s Disease, this sour-tasting elixir even helps those suffering with lactose intolerance. In a study conducted by S. Hertzler, a professor at Ohio State University in Columbus, 15 participants with lactose intolerance reported few or no symptoms after consuming kefir - a favourable result compared to the consumption of other dairy products. 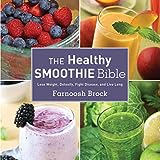 Whilst broccoli may be much maligned by school children everywhere for the abuse and putrification delivered upon it by school cooks, this tree-like green is actually one of the greatest superfoods.

A great source of Vitamin C and folic acid, it also contains vitamins A and K, as well as calcium, fibre, beta-carotene and many other antioxidants. All of this means that broccoli boosts the immune system, lowers the incidence of cataracts, supports cardiovascular health, builds bones and fights birth defects.

In a 2012 study, participants with diabetes saw a reduction in their levels of cholesterol and triglycerides after eating 10g of enriched broccoli sprouts powder a day for a month. Both of these symptoms can cause cardiovascular disease, demonstrating broccoli's superfood powers.

In 1992 a researcher at Johns Hopkins University announced the discovery of a compound found in broccoli that not only prevented the development of cancerous tumours by 60 per cent, but also reduced the size of pre-existing tumours by 75 per cent.

Another green wonder is the avocado. To name just a few of its virtues… it contains all 18 essential amino acids, omega 3, vitamins B-complex, C, E and K, as well as the fibre necessary to trap excess cholesterol and send it out of the body.

Avocado is also an excellent sidekick: helping us to absorb essential nutrients when eaten in conjunction with other superfoods.

However, its superfood status extends further, with research indicating that a lipid present in avocados, a compound called avocatin B, is capable of tackling acute myeloid leukemia (AML).

"Not only does avocatin B eliminate the source of AML, but its targeted, selective effects make it less toxic to the body, too," - Professor P. Spagnuolo, of the University of Waterloo in Ontario, Canada

All berries are packed with cancer-fighting phytonutrients, much famed is the blueberry, However, black raspberries are worthy of more attention.

Antioxidants are said to help destroy free radicals, the harmful molecules which gather in the body and can damage cells... and these berries of full of them! Research conducted in 2006 by Chilean researchers founds that the antioxidant capacity of raspberries is even stronger than that of black grapes, plums, or kiwis.

Containing very high concentrations of certain phytochemicals, these juicy protectors help to slow the growth of precancerous cells and stop new blood vessels from forming, which would potentially feed a cancerous tumour.

Several large studies have found that those who eat more garlic are less likely to develop various kinds of cancer, especially cancers related to digestive organs such as the oesophagus, stomach, and colon. This is because the nutrients found in these pungent bulbs help to prevent cancerous substances in your body from working.

Garlic is also a natural antibacterial. Past studies have shown that garlic contains 1% of the potency of penicillin in regular-sized servings, being able to ward off infections including E. coli, salmonella, staph and others.

However, this superfood comes with a disclaimer: garlic enthusiasts recommend that, for the best results, garlic be eaten raw!

A member of the ginger family, Turmeric can be used for much more than just flavouring curries.

This orange-coloured spice has been identified by the American Cancer Society as containing curcumin, an incredible ingredient capable of preventing certain types of cancer cells from forming, as well as slowing the spread, or even shrinking, pre-existing tumours. A clinical trial gave curcumin to 25 patients with pre cancerous changes in various parts of the body. The study found that curcumin was able to halt the precancerous changes, preventing them from becoming cancer.

Whilst brown rice is known for being healthier than white rice, its darker cousin is by far its superior.

Known as “Forbidden Rice” in Ancient China when it was only eaten by nobles, black rice is different from other rice as it has the highest iron and zinc content.

Also, as with black raspberries and other foods with high pigment content, black rice contains more antioxidants than lighter-coloured foods, in particular anthocyanins which are accredited as protecting against DNA damage that causes cancer. Researchers at Louisiana State University took bran samples from black rice and found them to be low in sugar, and high in the fibre plant compounds that have been proven to guard against heart disease and fight cancer. 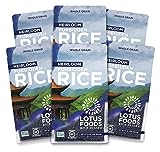 Which Is Your Favourite Superfood?