Five of the Earth's Coolest Natural Remedies and Their Uses

The use of herbs for medicinal purposes- also referred to as "phytomedicine"- is an ancient practice that originates from early Chinese and Egyptian culture. Plants were used for a variety of purpose, including healing and maintaining beauty. After a decline in usage in the 19th century due to the discovery of drugs, the usage of herbal remedies has increased over the past 30 years. In fact, in a recent study, the World Health Organization (WHO) has estimated that an extraordinary 80% of all people utilize natural herbal remedies for some aspect of their personal medical care. This upwards trend might be properly explained by the reoccurring revolution in food, including the demand for increased quality of food consumed as well as food grown in home gardens.

These 5 herbal remedies have been selected for their relatively unknown status as well as their potent medicinal properties. I have personal experience with many of them and will share my insights below. However, due to the fact that I am not a medical professional, you should never try any new herbal remedy without the consent of your primary care physician or other supervisory healthcare representative.

According to the Washington State Noxious Weed Control Board, Milk Thistle is an aggressive invader that interferes with the growth of native vegetation and floral species. It is an easily observable plant capable of growing up to six feet tall and producing large, purplish-pink rounded flowers. Despite its status as an invader, the seeds of the milk thistle plant are used to create extract, which contains approximately 4-6% silymarin. Silymarin is an active ingredient in milk thistle compounds and is believed to be a potent liver detoxifier.

According to Herbal Legacy, silymarin offers the human body several medicinal advantages. It strengthens the outer membranes of liver cells, causing them to be more resilient against those toxins and/or poisons that are capable of penetrating their membranes, including those chemicals that are formed in the body through smoking, alcohol consumption, and high fat diets. It assists the liver enhance its function, resulting in better filtration and elimination of toxins. For more information about Milk Thistle, check out Herbal Legacy's highly informative page found here. 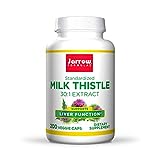 As one of the most widely-used spice in ancient culture, turmeric (or the "Golden Spice") is touted in modern times for its seemingly unlimited supply of uses. Its usage dates back 4,000 years ago and was once referred to as saffron due to its vibrant yellow color. It is now typically known and marketed under the name tumeric curcumin.

Turmeric is used in food as a natural yellowing agent, and is a staple in both Ethiopian and Eastern diets. In terms of its medical benefits, it is often used to alleviate the symptoms associated with rheumatoid arthritis, diseases involving the digestive organs, and dyspepsia. It has also been known to improve brain health and human immunity, increasing the body's biological defense against illness. It is a powerful antioxidant due to its high composition of curcuminoids, and can be used to create a homemade whitening toothpaste, a detoxifying scalp treatment, and a cure for swimmer's ear.

Check out this site for the 22 surprising uses for turmeric.

I am just beginning to incorporate Turmeric into my herbal diet, but I prefer Spring Valley's formula since it is free of gluten, yeast, wheat, milk or milk derivatives, lactose, sugar, preservatives, soy, artificial color, artificial flavor and sodium.

Chasteberry- commonly referred to as vitex and/or monk's pepper- is extracted from the fruit of the shrub-like chasteberry tree. The shrub's flowers as cylindrical and are typically of a softly-hued lavender color. According the the United States Department of Health and Human Services, the tree's fruit was originally referred to as "chasteberry" and "monk's pepper" because it was used to curb sexual desire in monks during the Middle Ages.

This herb has been widely used to curb the symptoms of premenstrual syndrome (PMS), including abdominal cramping and mood swings. It has also been known to alleviate the hormonal acne that oftentimes accompanies the onset of the menstrual cycle. On a more cerebral level, chasteberry is capable of affecting the dopamine system in the brain, leading to the alleviation of certain symptoms normally associated with depression and/or anxiety. This in part may explain its effectiveness for women who experience moderate to severe symptoms of PMS, including those that are mood-related.

The dried fruit of the chasteberry is grounded and inserted into capsules for consumption. Because there is a direct correlation between chasteberry and female hormones, it is not recommended for those who utilize birth control, who are pregnant, or who have hormone-related illnesses such as breast cancer. 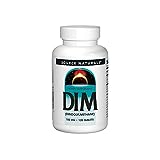 DIM is the acronym for Diindolymethane, which has been referred to by many as a "superantioxidant". DIM is naturally-occurring in cruciferous vegetables such as cauliflower, broccoli, and brussel sprouts. In order to consume the recommended amount of DIM, you would have to eat approximately two pounds of cruciferous vegetables a day. Because this is far from a reality, DIM in pill form is the ideal alternative.

DIM has been touted for its effects on estrogen metabolism. In fact, there are claims that DIM assists with replacing "bad" estrogen with "good" estrogen, thus assisting the body with perhaps defending itself more efficiently against cervical and breast cancers. These claims are currently being testing during clinical trials by the National Institute of Health.

In my experience, DIM has helped greatly with the hormonal acne that is a PMS staple for me. I take 200 milligrams a day leading up to the tentative date of my menstrual cycle, and within 3-4 days my hormonal acne has improved tremendously. I wish I had a "before" photo to share because my skin hasn't looked this wonderful in years! I use Source Natural's version of DIM (above and to the right) and I currently have absolutely zero complaints.

**It is important to note that DIM is not for everyone. This is one herbal supplement that should be approved by a doctor before consumption. It has, on occasion, caused mild nausea for me. This has been the only noticeable side effect, but because DIM affects hormone balance, I would discuss its potential use with your doctor.

Amla berries grow from the Amla tree, and are worshipped in India on their very own holiday due to their rejuvenating properties. The large, green berries can be consumed in a variety of ways; cooked or steamed, as additives in mixtures, or as a powder in capsules or tablets. The berries are believed to gently restore the body back to its ideal balance, and its rejuvenating properties might be largely attributed to its substantial amount of Vitamin C. The herb that is created from the fruit of the berries is often referred to as Indian Gooseberry.

Amla has been known to aid digestion, and is believed to protect the liver and heart from penetrating toxins. Historically, research has determined that Gooseberry may assist with the decrease of blood glucose and the improvement of overall liver function, muscle development, eye and skin health.

For a more extensive history of the Amla berry, visit its Wikipedia page here.

Do you use any of these herbal remedies?

If you have any experience with any one of the five herbs discussed above, please feel free to leave your experience in the comments section below. Your perspective might help someone!