A Surprising Reaction to a Urinary Tract Infection

I have a friend who I am a co-caregiver for that has dementia. She has a lot of the symptoms of dementia, but has never been violent. About a month ago, she started crying all the time, and I do mean all the time. Except when she was sleeping (which was not often) she was crying. It was very disturbing and sad to try to get her to explain what was wrong.

Anyone who has dealt with someone with dementia knows what I'm talking about. They often can't explain, in a logical way, what they are feeling. Sometimes, when they talk, it really makes no sense. So trying to find out what's wrong, so you can help them, can be frustrating and next to impossible.

This went on with my friend for a few days and we took her to her doctor. I thought she might be suffering from anxiety because she kept saying she was afraid. Her doctor put her on an anti-anxiety medication, but it didn't really help. The crying was just the beginning of an alarming set of new reactions from her.

She wouldn't eat much (and was a good eater before this), wasn't sleeping much and was constantly on the move, just wandering from room to room. She also began to try to open the doors to get out of the house, something she really never did, as she can't figure it out. But she began twisting the keys and doorknobs and we eventually had to tape over them.

The most alarming part came when she started becoming violent. She started hitting things like tables over and over again and picking things up and throwing them down. Eventually she started hitting, shoving and kicking me. Unfortunately her doctor took this time to go out of town, so we had to wait for four days to get her back to the doctor. When we finally got her there, which was a tremendous effort as she didn't want to go, she was admitted to the hospital that day.

They had to put restraints on her once we actually go her into a bed and it's very hard to see someone you care so much about in that condition. When the hospital doctor told me she thought she might have a urinary tract infection (UTI) I looked at her like she was crazy. I've known many women who had UTI's and they never ever reacted this way. Was she nuts?

No, she wasn't nuts. When they finally got a sample and tested her, she in fact had a UTI. Once they started the antibiotics, she calmed down the next day! It was the most miraculous thing I've ever seen or heard of. Since then, she has come home again and is still not "normal", because of the dementia, but is no longer violent or crying.

I have talked to several people since then, and done some research on the Internet, and found this to be quite common. They tend to say "in the elderly" (and my friend just turned sixty, so she's not that elderly) but I have to assume it can also apply to people who have any kind of mental challenge going on.

If something happens like this to someone you know be sure to have them checked for a UTI.

Have you ever heard of this? 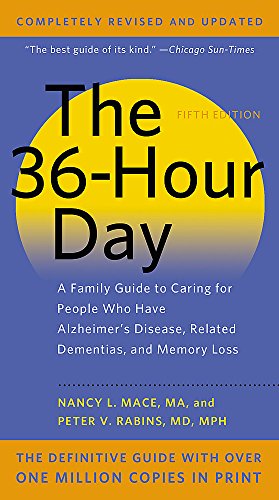 The 36-Hour Day: A Family Guide to Caring for People Who Have Alzheimer Disease, Related Dementias, and Memory Loss
Buy Now