What are HFA inhalers? 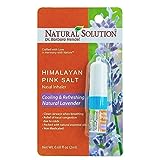 Why does my inhaler say HFA?

HFA stands for HydroFluoroAlkaline. Back on December 31, 2008 the government pulled the plug on CFC (chlorofluorocarbon) containing inhalers and made HFA inhalers mandatory. This development arose out of concerns over the potential for CFC containing inhalers to damage our Ozone layer. Unfortunately the question about whether these inhalers REALLY did do any damage to the Ozone layer is now moot. Some examples of the new HFA inhalers include Proair HFA, Ventolin HFA and Proventil HFA. A steroid inhaler, Flovent HFA, also uses this new propellant.

CFC, and now HFA, are propellants (the ingredient that allows the medicine to exit the cannister as a spray or puff). CFC's were developed back in the last 1920s and early 1930s as wonderful alternatives to the previously used ammonia and sulfur dioxide (toxic and flammable agents). CFC's made for excellent propellants in asthma inhalers. There were reliable, available and inexpensive.

Will the HFA inhaler work as well as the CFC inhaler did? Probably. But there have been some reports of inneffectiveness, allergic reactions, and actually worsening of symptoms on these HFA inhalers. People allergic to corn have had trouble with them.

Prescriptions that use HFA as propellants:

As a pharmacist I get asked about using an HFA inhaler by my patients all the time. Some had only ever used CFC inhalers and are concerned about switching. Here is my advice:

1) Try it. Really. In spite of what all the terrible reports say it probably won't actually kill you. Your HFA inhaler has the exact same active ingredient that your previous inhaler had. The only difference is the propellent.

2) Realize that the mist is going to be softer and taste different in the HFA inhaler, but these things don't necessarily make them evil.

3) Prime it. Clean it. Count it. Prime them first for them to work. Clean the plastic container frequently (mild soap and water is fine). Monitor your daily use. Actually, if you are having trouble keeping track of how many puffs you have used the Ventolin HFA comes with a dose counter.

Okay. That's it. If you want to vent about HFA ihalers, take action against the HFA inhaler mandate, or just read messages from other people venting you can sign the national petition to save CFC's!!