How Can Vitamin C Help?

A very well known and important vitamin is: vitamin C. This incredible vitamin helps to repair tissues and promotes good vascular health by decreasing LDL cholesterol (that's bad cholesterol) and protects against heart disease. Also, many studies have shown that vitamin C combats free radicals. Free radicals cause oxidative stress which is the main cause of many degenerative diseases, including cancer. Oxidative stress is the number one cause of aging and DNA damage as well. Moreover, the study of vitamin C has shown promise in eye health by preventing the delay of cataracts and macular degeneration. More commonly, vitamin C is known to lessen the symptoms and duration of the common cold and flu. It supports a healthy immune system and prevents inflammation. 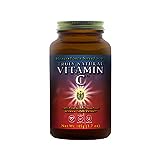 Vitamin C for Teeth and Gums

What is often overlooked is the health benefits that vitamin C has on the health of gums and teeth. Taking vitamin C or eating foods rich in it can prevent periodontal disease. Taking vitamin C along with good mouth hygiene (flossing, brushing and oil pulling) is key. There is a reason why there are stories of sailors with bad teeth due to scurvy. Prior to the 1900's, it was common for sailors to be on boats for months on end, in cold weather and without fresh citrus. No access to fruit and no way to keep it for long periods caused a lack in vitamin C. This was the reason why sailors would get scurvy. Two of the characteristics of scurvy are ulcerated gums and tooth loss.

Vitamin C for a Healthy Pregnancy

According to Medical News Today (MNT), another concern is vitamin C deficiency in pregnant women. This can result in harm to the brain of the fetus.This is preventable just by the mother taking a daily vitamin C supplement and by eating foods rich in vitamin C, such as:

Recent studies have proven the importance of pregnant women getting sufficient vitamin C. Once fetal brain damage has occurred it cannot be reversed. This is the case even when the baby is given vitamin C after birth.

Vitamin C plays a critical role in adrenal function. The highest concentration of vitamin C is stored in the adrenal glands. The use of vitamin C by the adrenal glands for the production of all adrenal hormones is crucial. The hormone cortisol, also known as the stress hormone, rapidly uses up vitamin C in a stressful situation. If a person is constantly in such situations, a person's vitamin C reserves are depleted. This increases cortisol production causing abnormal function of the endocrine system which then leads to adrenal fatigue. Prolonged high cortisol levels throw blood pressure and blood sugar out of balance. Unfortunately, what soon follows is a trait of high cortisol which is the accumulation of belly fat.

The Immune System and Vitamin C

Besides the endocrine system, the immune system really suffers from stress. The lack of vitamin C and increased stress can weaken your immune system. You then are bombarded by all kinds of illnesses. When you eat foods high in vitamin C or take a vitamin C supplement, white blood cells are produced. To aid in the production of white blood cells, there is production of interferons. What interferons happen to be are a group of signaling proteins made by the body and released by cells in response to the presence of pathogens (invaders to the body) such as viruses and bacteria. Interferons do not kill viral or cancerous cells, but they do boost the immune system response to do so by producing more white blood cells (which destroy invaders).

The best dosage of vitamin C for adults is 500 mg to 1,000 mg a day. You can recognize how much vitamin C is too much for your body by keeping track when you go to the bathroom. When you have loose stool or diarrhea it is too much vitamin C. When this happens it is called bowel intolerance. You can remedy this immediately by dropping your dosage by 500 mg to 1000 mg, depending on how high your dose was at the time. This will resolve the issue right away. Also, when using a vitamin C supplement get one that is water soluble and from a natural source like camu camu, acerola cherry, rose hips, or alma berry. No matter how natural, when adding a supplement to your regimen make sure to consult with your doctor first. 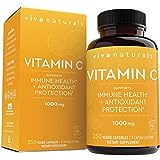