AYURVEDA: THE INDIAN SYSTEM OF MEDICINE

AYURVEDA - THE INDIAN SYSTEM OF MEDICINE

Ayurveda literally means the ‘science of life'. It is a holistic system of medicine in India which is more than 5000 years old. It forms part of the ancient Indian text ‘ATHARVA VEDA'. Ayurveda is based on the interdependence of man and nature. Every living and non-living things are mutually interlinked and man is a microcosm of the universe. At birth every one is born in a state of balance with himself and the universe. But later in life this fragile balance is disrupted due to physical, emotional or spiritual disturbances. Disease is therefore is due to our disharmony with the universe.

The core Ayurvedic principle is the concept of Vata (Wind) Pitta (Fire) and Kapha (Earth) which are called Tridoshas. These are prime movers of the body. All of us have a unique mix of the three which accounts for our basic nature. Usually one of the elements would be the dominant one, which would also be our disposition. Health however depends upon the balance of this dominant element. If in sync a person with VATA may be creative and bursting with energy, if not he may be anxious, suffer from sleeplessness and also constipation. Similar traits are found with people with other dominant elements. So a person with PITTA may have a zest for life, but if out of balance he may be irritable and plagued with indigestion. People with KAPHA would be amiable but when the balance is disrupted they become phlegmatic, obese and suffers from sinus congestion.

Ayurvedic treatment therefore hinges upon determining first the person's ideal state of balance, then identifying where the imbalance is and finally suggesting medical intervention. Treatments could be

Major Ayurvedic texts mention about 700 plants and 1900 formulations. They also include 165 species and a large number of mineral preparations.

Major Ayurvedic texts are CHARAKA SAMHITA and SUSHRUTA SAMHITA both named after the preceptors of Ayurveda CHARAKA and SUSHRUTA. Two other major contributors were VAGHBATA and NAGARJUNA. Not much is known of the early preceptors apart from their works, but about NAGARJUNA there is substantial material, because Fa Hien had written a biography of him. He was a Buddhist scholar of the ancient Nalanda University who lived between AD 78-180 and wrote many books on Ayurveda, Metallurgy, Philosophy and Tantra. Though he had made many contributions to Chemistry and Metallurgy, he better known for his works in Ayurveda.

There are eight branches of study in Ayurveda, they are:

4. Salakya (ENT and Ophthalmology and dentistry)

Ayurveda is normally not associated with surgery. This is because in popular imagination, Ayurveda stands for general medicine. But SUSHRUTHA SAMHITA contains details of how surgical replacement of the nose can be performed. In fact the two early methods practiced in India namely the cheek-flap method and median forehead flap method are still used by modern surgeons. There are still families in Kangra who are skilled in this art and who are the last surviving member of the Hakim Dinanath family.

There are many popular herbs with medicinal value and which still continue to be used in India, but here are three which are the most popular.

Ginger: prophylactic of nausea and vomiting associated with motion, sickness, seasickness and pregnancy. Also known for its gastrointestinal benefits

Turmeric: balances cholesterol level, fights allergies, detoxifies the liver, stimulates digestion, boosts immunity and enhances complexion. In fact it is popular among woman in India as a beauty aid.

As an Alternative system of medicine, Ayurveda is fast becoming popular, particularly for ailments like arthritis, diabetes, hypertension of course rejuvenation. 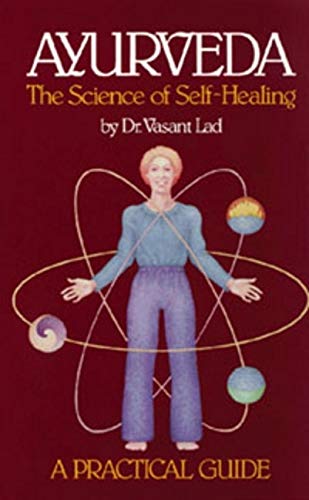 Ayurveda: The Science of Self Healing: A Practical Guide
Buy Now