About Bacteria, Parasites, and Viruses

There may be good bacteria and good parasites, but they, along with viruses, all cause diseases. They may also share some general symptoms, classifications, and preventative methods, but these germs have quite a bit of differences.

These microscopic, prokaryote organisms are Earth’s earliest life forms. They have been here for four billion years. The article “What Is Bacteria? What Are Bacteria?” from the website http://www.medicalnewstoday.com reports that at least five nonillion of them (5 with 30 zeros) live among us. They form symbiotic relationships (two different species living together usually for mutual benefit) with everything: humans, other animals, plants, food, soil, water, and air. In 1838, noted 19th century German researcher Gottfried Ehrenberg (1795-1876) coined the word bacterium. We tend to use the word bacteria, which is the plural form.

Bacteria do not have nuclei. However, they do have a complete set of DNA (deoxyribonucleic acid) and RNA (ribonucleic acid) genetic codes, which are usually enclosed in a cell wall that is mostly composed of the polymer (amino acids and polysaccharides) peptidoglycan. They also have filaments or spikes, which help them attach to the surface of their symbiotic partner, and a flagellum or tail for mobility.

Bacteria come in three main shapes: rod-shaped called bacilli or the singular bacillus; spherical called cocci or the singular coccus, and spiral called spirilla or the singular spirillum. They live as individual cells, in pairs or in clusters. They reproduce by a process called binary fission where one cell splits itself into two complete cells, and then those two cells split into two more and so on, until you end up with a colony of millions.

Ninety-nine percent of bacteria are harmless. Some are even essential to our good health, and the health of other animals and plants. The one bad or harmful percent are called pathogens. They excrete toxins or overtake the function of the particular tissue they enter, eventually destroying it.

All parasites live and feed on or in a host organism, which could be animal, including human, or plant. Those living on the bodies of their hosts are termed ectoparasites and include lice, fleas, mites, and ticks. Those living inside the bodies of their hosts are termed endoparasites and include the worms. Endoparasites are further divided into intracellular: existing within the host’s cells or intercellular: existing within the spaces between the cells of the host’s body. Those parasites living partly on the outside and partly on the inside of their hosts’ bodies are called mesoparasites.

Though parasites can be helpful, many of them cause diseases. As they live and feed, they go through various stages of development that involve changes in their structural makeup. They consume nutrients from the blood and tissues of their hosts, excrete waste matter, and reproduce quickly.

Viruses are microscopic and only became visible with the invention of the electron microscope in the 1930s. They are neither living nor dead, and are also considered to be parasitic. They come to life when they find a suitable living host to invade. They attack humans, other animals, plants, even bacteria, and are very specific as to which host and which tissues within the host they inhabit. For example, the article “Bugs in the News- What the Heck is a Virus?” from the website http://people.ku.edu states that rhinoviruses, which invade humans, only attacks the upper respiratory tract; tobacco mosaic virus only invades the tobacco plant, and the lambda bacteriophage virus only invades E. coli bacteria.

Viruses come in many different configurations, shapes, and sizes and these dimensions are used to determine classification. They all consist of an outer shell or capsid, which houses protein and whatever slices of single-stranded or double-stranded DNA or RNA they possess. Some viruses have an additional covering called an envelope on the outside of their capsid. They attach to the host cell and penetrate it with spikes or secrete a chemical compound to get on the inside.

All viruses are harmful. You may not even know you are infected because some of them remain dormant for years in wait of the ideal trigger such as an emotional issue to strike. An example of this is the hepatitis virus. Once activated, viruses take over the host cell’s DNA or RNA and command it to replicate their genes. When they have used up all the material, the host cell bursts, sending millions of new viruses into the surrounding healthy cells, and the replication process begins again. Some viruses expel one or a little at a time instead of the millions.

Similarities and Differences in Types of Bacteria, Parasites, and Viruses Which Affect Humans

The human body harbors at least 500 different types of bacteria. Since they are consuming the organic material of another organism, they are termed heterotrophs. The five main areas on the human body proven to be the perfect home for bacteria are the nose, mouth, gastrointestinal tract, female urogenital tract, and the skin. The majority seem to favor the digestive tract.

Good, helpful bacteria have large reservoirs of peptidoglycan within their simple cell walls. Benefits include the creation of a hostile environment to keep the pathogens out; helping the digestive tract to function better, and breaking down difficult food starches.

Examples of good bacteria are the rod-shaped lactobacilli, which are found in yogurt and dairy products. They help our digestion by breaking down lactose sugar and fermenting lactic acid. Bifidobacteria, also rod-shaped and found in yogurt and other probiotic products, aid digestion, and keep the intestinal tract at the right pH so pathogens cannot take hold. E. coli, which is part of the natural flora in our intestines, help to break down lactose and other monosaccharide sugars, and make essential vitamin K and biotin to help our cells function adequately.

Pathogenic bacteria have less peptidoglycan and a more complex cell wall. They include

the Clostridium titanic bacteria, which are rod-shaped, live on our skin, and get inside the body through wounds such as animal bites where they create harmful toxins; the oval-shaped Streptococcus pneumonae, which invade the respiratory system, and the rod-shaped Salmonella, which affect the digestive system (food poisoning).

Humans are affected by at least 1,000 different types of parasites, according to research. An example of a parasite that is helpful to humans is the tooth amoeba. It feeds on the microscopic food particles we miss when brushing our teeth. Another example is the dust mite. Though it can cause allergic reactions, it consumes our dead skin and hair cells. A relationship such as this where both host and parasite benefit is called mutualism.

Three main groups of parasites that find the human body quite suitable for their destructive needs are protozoa, helminths, and ectoparasites. Protozoa can be free-living or they can inhabit our intestines, other tissues, and blood. The Centers for Disease Control (CDC) group them into four categories based on movement: Sarcodina are amoeba-like; Mastigophora use flagella or tails; Ciliophora move by tiny hairs or cilia, and Sporozoa are nonmotile in adult stage.

Helminths such as cestodes or tapeworms, trematodes or flukes, and nematodes or roundworms are large worms that reside mainly in our gastrointestinal tract. Some like the roundworms also inhabit our lymphatic system, hematologic system, and subcutaneous tissues. Adult helminths can be free-living or parasitic, but can only multiply themselves inside humans while in their larvae stage.

Ectoparasites: leeches (also considered helminths by some), fleas, ticks, mites, and lice live on or under the human skin. Some can remain there for months, creating infections that are sometimes severe.

Similarities and Differences in the Ways Humans Contract Bacteria, Parasites, and Viruses

Viruses enter a healthy human through the nose, mouth, sexual contact or any opening that comes in contact with an infected person, vector or contaminated surface. Some viruses are more highly contagious than others. Examples of these are the rhinoviruses, influenza viruses, and measles viruses.

How Well Do You Know Your Germs?

Similarities and Differences in Symptoms of Bacterial, Parasitic, and Viral Infections

Bacterial infections depend on the species and subspecies of the pathogen as well as on the area of the human body affected. According to the article “Bacteria” from the website http://biology.clc.uc.edu, German physician Dr. Robert Koch was the first to link a specific bacterium to a specific illness.

The CDC says that the sexually transmitted Trichomoniasis caused by a protozoan is the most common parasitic infection in the United States. About 7.4 million folks are infected annually. The second is Giardia, also caused by a protozoan, with two million annual infections. Globally, the culprit is Malaria, which is caused by a Sporozoa and transmitted by mosquitoes. Most of the fatalities are children of Sub-Saharan Africa. Parasitic infections can be chronic, and last a few days to many years.

To determine whether an infection is bacterial, parasitic or viral, tests are performed on blood, urine, stool, sputum, other bodily fluid or tissue cultures and samples. Healthcare professionals may also do spinal taps, chest x-rays, and Magnetic Resonance Imaging (MRI), depending on symptoms.

Similarities and Differences in Treatments for Bacterial, Parasitic, and Viral Infections

Medical professionals usually prescribe antibiotics such as penicillin, quinolone or tetracyclines, depending on the bacterial infection. These drugs prevent the pathogens from making more cell walls. This is the reason doctors insist you take the full dosage of medication as prescribed. Keep in mind, bacteria can and do produce mutations that render the antibiotic useless.

Infected persons are also usually prescribed conventional antibiotics. But complete body cleanses or detoxification, drinking lots of water, changes in diet, herbal remedies are also prescribed. If one member of your household is affected, chances are others are affected too. So, it is suggested that everyone get tested.

Vaccines and other conventional or herbal medications can treat the symptoms of a viral infection, but not the infection itself. A viral infection must run its course. These medications also help to strengthen the immune system, so it can attack the viral enemy. For medications to be effective, how the particular virus is creating havoc must be known. Viruses such as influenza often mutate. These mutations can prove harmless or be even more destructive. 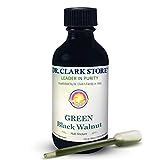 Similarities and Differences in Preventing Bacterial, Parasitic or Viral Infections

Overall, the best ways to prevent infections of any kind are as follows: Perform good hygiene such as washing hands after using the bathroom; cleansing the body; cleansing surfaces before food preparation, etc.; drinking/ using clean water; eating a healthy diet of fruits and vegetables with no or little saturated fats, refined sugars, other carbohydrates, and salt; conducting proper food handling such as storage, preparation, and cooking; consuming little or no alcohol; no smoking; exercising frequently; practicing safe sex; disposing waste correctly (proper sanitation), and having appropriate indoor ventilation.

More specifically, to prevent bacterial infections, get appropriate vaccinations. To prevent parasitic diseases, detoxify the body at least twice a year. And to stave off viral infections, avoid contact with infected persons.