I have suffered from severe psoriasis and psoriatic arthritis for many years, and am constantly in search of new treatment options.

The below content is a personal experience. Although there is scientific evidence to back up each of these suggestions, it is important to see what works for your own body and to go slowly when testing out new things.

From being a soldier and an athlete it was devastating to find out that I had psoriatic arthritis. My initial treatment was Methotrexate which provided very minimal relief and required constant blood tests and examinations. I became desperate searching for alternatives. I eventually found Enbrel, which works, but also requires some lifestyle changes. Enbrel is expensive, requires special shipping, and that fear of missing the shipment.

After retiring and moving to Mexico I noticed locals giving their opinions on my condition. I'd walk on the beach displaying my psoriasis only to have people offer me various natural medications and recommendations from marijuana to peyote cream and other herbs I've never heard of. Embarrassed, id quickly try to dismiss the conversation and creep away as fast as I could. Then one day I took some advice to try something that I enjoyed anyway and it led to a world of healing.

Cinnamon became the first supplement to lead me down the path of natural remedies. I was drinking approximately 8 cups of tea a day when someone recommended that I try cinnamon to help with arthritis. Naturally, I googled it to find that there is quite a lot of info on the topic and all in our favor. I began making cups of tea with one spoonful of honey and one spoonful of cinnamon. I would drink this 3 to 6 times a day. The honey really gives something for the cinnamon to attach to and may help reduce stomach pain for those with a sensitive stomach. I noticed results after only 1 day. I had a situation where my normal medication could not be shipped and for 2 weeks I relied on cinnamon alone which I believe prevented any flare-ups. If you do decide to commit to this method then try to buy cinnamon in bulk as you will go through a smaller container quite fast. 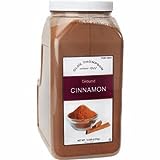 I started to take different supplements of turmeric to glucose. During that time I also discovered ginger as a pain reliever. At times I felt some success and other times I felt it was doing nothing. Ginger seemed to best help when a flare-up occurred. If one of my joints began to swell I would mix a spoonful of ginger into my cinnamon tea.

Vitamin C was a surprise. I came across some research on very high doses of vitamin C being used in cancer treatments which led me to an article on vitamin C for arthritis treatment. It would be best to consult your doctor on vitamin C use, but I personally found 1 1000mg tablet a day helped reduce flare-ups and in general made me feel better. Vitamin C isn't too expensive to try and it offers many benefits outside of arthritis treatment.

Perhaps the most dreaded treatment of all. Exercise can be painful to do, as well as, hard to fit into your schedule. I have found that some basic rotational exercises learned during my time in the Army can be quick and easy, and offer outstanding benefit. What was designed by the Army to be a simple warm-up can be a 15-minute life changer for those with arthritis. If we keep our bodies moving daily it easier to maintain that movement.

Climate has always offered various changes in our bodies. Allergies, arthritis, and general health all can change as we move around to different parts of the world. For me, living within the 23.5 degrees north or south of the equator has provided a great improvement. Unfortunately, not everyone has that opportunity to just pick up and move into that region of Earth. Perhaps for some, they may not need to make such a dramatic change. Something as simple as moving to a new altitude or warmer climate may have positive impacts.

How Successful Each Treatment Has Been

The search for answers and treatments will most likely never be finished, but I feel it's important to discuss and share personal stories. For anyone living with chronic arthritis, we know all too well how difficult it can be, and how hard it is to describe to those who don't have it. From feeling overly exhausted from simple tasks to just outright piercing pain, I'll take relief any way I can get it. Please share what has worked for you in your battle with chronic arthritis.