Cordyceps sinensis is a fungi that grow as parasites in the larvae of Lepidoptera. Larvae is attacked by the fungi and larvae bury themselves in the soil after severe infection. Later on they die and stroma grows out of the pupa. Although known as medicinal mushroom, the caterpillar fungus is not a mushroom type fungus.

Cordyceps sinensis is being used for centuries in Chinese medicinal preparations and considered very useful constituent. Medicinal mushroom (Cordyceps sinensis) is stated to possess aphrodisiacal and medicinal properties and used as a constituent of several remedies for various ailments such as fatigue, cancer and impotency. Tibetans call it ‘Yartsa Gunbu’ in their own language.

For the high medicinal value and trade restrictions, international traders buy it illegally at high prices from villagers in hilly regions of India, Nepal and Bhutan. It is collected by local people from the high altitude regions of snow covered Himalayas.

Since trading of Keeda Jadi is illegal in many parts of the world, traders approach local people for arranging the keeda jadi and buy it at high prices. Villagers go to high altitude places in search of medicinal mushrooms and often they stay there for a long period to collect substantial quantities to meet the demand and earn good amount of money in exchange. Fights among collectors are a common phenomena and sometimes results in fatalities. They also often risk themselves to various kind of diseases.

In India, keeda jadi is found in Chamoli, Uttrakhand and hilly areas of Himachal Pradesh. Indian government allows its collection by local people but prohibits its trading. Local people are trying hard to get government’s approval for the sale. Bhutan government, on the contrary, has legalized its sale and collects revenue from the trade. Dolpa in Karnali Zone and Darchula in Mahakali zone are the places of its availability in the Napal.

Parasitic relationship between the fungus and the larva of the ghost moth Thitarodes (genus) results in the formation of medicinal mushroom. Process of formation of Keeda Jadi or mummified caterpillar takes place at regions lying at high altitudes between 3,000 and 5,000 meters in Himalayas and Tibet. In fact, Keeda Jadi (Cordyceps sinensis) is basically a caterpillar infected and killed by a fungus and later on mummified by litter of trees mixed with the organic matter. The caterpillars reside underground in alpine grass for about 5 years before pupating and attacked by the fungus. Columnar mushroom (5-15 cm) like shapes grows out of the forehead of the buried dead caterpillar. 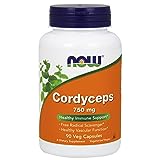 A Chinese herbal drug ‘DongChongXiaCao’, prepared from the anaerobic fermentation of mycelial preparations of fungus (Cordyceps sinensis, is used to prepare dietary supplements.

In majority of Cordyceps preparations, Glutamic acid and aspartic acid were noted to be the two main amino acids. A third major amino acid ‘Adenosine’ was also present in sufficient quantities beside the trace levels of cordycepin.

Cordyceps sp., contain many sugars, including mono-, di-, and oligosaccharides, and many complex polysaccharides, proteins, sterols, nucleosides, and macro- and microelements such as K, Na, Ca, Mg, Fe, Cu, Mn, Zn, P, Se, Al, Si, Ni, Sr, Ti, Cr, Ga,V, and Zr. Beta-glucans are useful in cancer therapies and researchers are reported to have successful isolated anti-cancer polysaccharides from several Cordyceps species. Some of the isolated polysaccharides have shown the hypoglycaemic activity.

In a research report published in a 1998 issue of 'The Journal of Alternative and Complementary Medicine', a significant improvement in majority of patients suffering from various respiratory diseases (chronic bronchitis, bronchial asthma, or cor pulmonale) was reported after use of a Cordyceps Sinensis supplement for 2-12 weeks.

Polyamines, such as 1,3-diamino propane, cadaverine, spermidine, spermine, and putrescine, have also been identified in small amounts. A number of sterol-type compounds like ergosterol, Delta-3 ergos-terol, ergosterol peroxide, 3-sitosterol, daucosterol, and campeasterol were also reported in small quantities by several workers in Cordyceps spp.