Could Antioxidants In Fruit Prevent Oxidative Stress and Alzheimer’s Disease?

Alison is a freelance writer on health, nutrition, skincare, and pets, especially cats and dogs.

My interest in Alzheimer's disease has led me to research on the subject, antioxidants in polyphenol rich fruits have a powerful effect on Oxidative Stress, linked to many Neurodegenerative diseases such as Alzheimer's.

My Mum had Alzheimer’s, but she died of inhalation pneumonia. She was in an NHS Hospital when this happened, her swallow reflex was poor but no member of staff was supervising her when she ate her meal, she choked on an egg and cress sandwich, inhaling some of it into her lungs. She died within twenty-four hours.

I still feel really guilty that I didn’t prevent her from choking, I wasn’t with her when it happened – I thought she was safe in Hospital.

My Dad had vascular Dementia – he passed away March 5th 2010.

The Blessing was that he was in a Nursing Home where the staff treated everyone with respect and courtesy. My Dad got his dignity back before he died.

Dementia in My Genes?

The degeneration in my Mum and Dad in their later years – plus the fact that my family history research has turned up quite a few old Death Certificates where the primary cause of death has been put as ‘Senile Decay’ – a very old term for ‘Dementia’ - has rather concentrated my mind on what the future may hold for me and if there is anything I can do to stave off Alzheimer’s symptoms or an Alzheimer’s-like form of Dementia, or a cardiovascular form of Dementia as suffered by my Dad.

I have been doing quite a bit of research and this is my first hub on the subject of Alzheimer’s. It is dedicated to what I have found out about the relationship between Oxidative Stress and Neurodegenerative Disorders and how we may be able to help ourselves with something as simple as changes in our diets to include Polyphenol-rich fruits and juices with antioxidant properties that may have a powerful role to play in warding off the development of Alzheimer’s because of their effect on the production of free radicals in the body.

What is Oxidative Stress?

Oxidative Stress is caused when an imbalance between the production of reactive oxygen which, during times of stress (environmental or emotional) can increase dramatically within the body and result in a lot of cell damage because the body’s systems cannot repair the damage quickly enough.  A normal redox state is when things are in balance and the body’s own processes, preserve the right environment within the cells by using enzymes which are able to remain in a ‘normal’ state through the constant input of metabolic energy.  Disturbances in this normal redox state, getting into a state of Oxidative Stress, can cause toxic effects throughout the body such as the production of peroxides and free radicals – both of which damage elements of the cells such as proteins, lipids and DNA.

What are Neurodegenerative Disorders?

Neurodegenerative Disorders is a sort of catch-all term for a group of diseases, including Alzheimer’s, Parkinson’s and Huntington’s. In all these diseases, there is a progressive loss of function due to neurodegenerative Processes. Alzheimer’s is the most common of these and affects more than 13 million people worldwide, a staggering figure.

Polyphenolic compounds in our diets have neuroprotective, antioxidant properties. They are found in a wide variety of foods.

(please see this excellent hub on the

– found in red grapes and wine

Oxidative Stress and the link with Alzheimer's Disease

The exact mechanism for Alzheimer’s is not clear, but increasingly, support is gathering for the theory that it is caused by the build-up of plaque from amyloid deposits and these deposits are themselves, associated with an increase in brain cell damage and death from Oxidative Stress.

Researchers into Oxidative Stress found that in laboratory experiments, that when neuron-like PC12 cells were exposed to fruit extracts (apple, orange or banana), prior to being treated with hydrogen peroxide to induce Oxidative Stress, significantly more cells were viable after treatment with the fruit extracts and those treated with apple offering the best protection (so maybe there’s truth in the ‘an apple a day keeps the doctor away’ saying). Orange and Banana extracts still had a significant effect on the cells though, each protecting over 100% more cells than the control group at the highest concentrations.

So the research ‘in the test tube’ is encouraging, but what about in our diets? It has been reported that in mice which had genetically induced AD (Alzheimer’s Disease), apple juice with antioxidative phytochemicals protected their brain tissues against oxidative damage, and improved cognitive function. It was therefore concluded that “additional consumption of fresh fruits such as apple, banana, and orange may be beneficial to ameliorate chemopreventive effects in neurodegenerative disease such as AD,"

As a result of all this investigation, which foods should we all be eating more of in the hopes of avoiding the results of oxidative stress and even more hopefully, staving off the onset of Neurodegenerative disorders such as Alzheimers? The direct cost of Alzheimer’s care in the USA is well over $100 billion per annum, whilst in the UK, the cost is in excess of £15 billion per annum – frightening! It is no wonder that the search for preventative dietary measures is so important.

Whilst apples, oranges and bananas are three polyphenol-rich fruits, attention is now turning to other fruits that may have even better preventative, antioxidant properties.

Researchers, led by Dr. Giulio Pasinetti at Mount Sinai School of Medicine found that oral administration of a polyphenol-rich extract from grape seed (MegaNatural-AZ, Polyphenolics) led to a significant reduction in the cognitive decline associated with Alzheimer's disease in mice.  Dr. Pasinetti  stated that the grape seed extract may even be able to prevent memory loss in people who had yet developed Alzheimer's disease.

Lead researcher Richard Hartman from Loma Linda University in California. Stated that a daily glass of antioxidant-rich pomegranate juice could halve the build-up of harmful proteins linked to Alzheimer's disease after his research project assessing the cognitive function in two groups of mice, one group of which had been fed pomegranate juice and another group which had been fed plain water.  The results were conclusive, cognitive function was significantly better in the group that had received the pomegranate juice; they performed the task on average 35% quicker.

Lead author Kara Duffy wrote in the journal ‘Neurobiology of Aging, "the current findings would suggest that a diet enriched in blueberry might attenuate degenerative processes due to oxidative or inflammatory stressors similar to the effectiveness of pharmacological strategies related to this hypothesis of Alzheimer’s disease". Her comments came after the research findings from National Institute on Aging (National Institutes of Health), Tufts University, and Louisiana State University System. Blueberries have been linked to protection from Alzheimer's for some time, with sales of blueberries reported to be booming in both the UK and the USA.

In conclusion, I have been actively trying to increase the amount of antioxidant, polyphenol rich fruits in my diet, eating at least two pieces of fruit each day and drinking juices instead of tea a couple of times a day. I also buy a vitamin supplement online which I take daily. I may not be able to stave off the inevitable but I feel fitter, my skin is better and I am keeping my brain active writing here on HubPages! 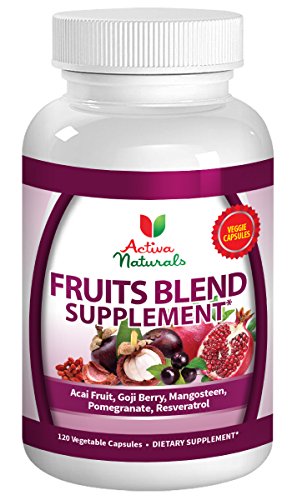 The Antioxidant Miracle: Put Lipoic Acid, Pycnogenol, and Vitamins E and C to Work for You
Buy Now

With Alzheimer's Your Brain Plays Tricks On You Everyday

The following, very short video really struck me, starts out funny, but .....

If you have found this article on Alzheimer's Disease and Oxidative stress interesting and/or helpful, please help me to publicise it by clicking the Tweet and Like buttons at the top of the page or the share it button below.  I would love to receive your comments.  Thank you.