The 10 Best-Ever Anxiety Management Techniques: Understanding How Your Brain Makes You Anxious and What You Can Do to Change It
Buy Now

When You're Too Nice

I don't claim to be an expert due to reading a lot of books on the subject, going through counseling or group sessions. I'm one who typically learns my lessons "the hard way", but sometimes that's the only way to learn and the best way.

I'll never forget the day the owner of the company for which I worked told me, "You're too nice." I didn't know what that meant. Did it mean to participate in conflict was better? I hate conflict. I hate hurting people. Over the years, what I learned is the consequence for being too nice is that one person does indeed get hurt. That one person is ME.

In any relationship there will be problems. People have insecurities, react in different ways, have different motives for whether or not s/he manipulates the behaviors of others, are hurtful (i.e. jealousy), etc. Let's say you recognize the weakness in your family member, partner or friend. Does this mean you tolerate getting treated less than respectfully at any time? Do you choose your battles in that the "small stuff" isn't addressed and builds up over the years until you explode or cry your eyes out? Well, sometimes that is necessary. When the other person in the relationship will not admit or denies the problem ~ or worse yet, verbally abuses you by putting all the blame on you, it's not a battle you want to fight. You can't fix attitudes like that.

Are you too nice because you hate feeling angry? Being nice does not mean you are not angry, but rather over-compensates the need to avoid anger altogether in relationships. Two days ago I realized how angry I am at three people close to me that I've been tolerating for years. Without sharing all the details, the bottom line is one is a sister who goes to extremes to get attention and will manipulate others to get what she wants. She's had ongoing unforgiveness and a "victim mentality" with another sister, and unless I side with her, I am the enemy, too! The second is an ex-boyfriend I loved deeply. He made some very hurtful choices and ended up hurting himself. I forgave him and continued to treat him with love only to end up being hurt again and again. The third is a girlfriend I considered to be "like a sister" for the last 10 years. She flaunts her wealth, yet will not offer to pick up the tab for both of us when we go out. I pick up the tab often. I buy her birthday and Christmas gifts, yet it is not reciprocated. She calls me to get together when she's bored and I'd better drop everything to spend that time with her. I introduced her to the man she married and yet she doesn't trust me when it comes to little things like giving him a hug.

After re-evaluating all these long-term relationships, I decided much of my anxiety over the past years is due to my "need for family, love and friends" at my own expense. If I want to solve the anxiety, I have to have the courage to change the things I can. I will no longer be there for the sister that manipulates to gain control of others. I will no longer appear to condone the hurtful actions of my past love. I will no longer be the friend in that one-sided friendship. All of these scenarios have one thing in common. Selfish people who use others. I allowed myself to be USED and ABUSED.

I felt by not causing conflict, it made me the better person. My first marriage I knew I was definitely IN LOVE. I was IN LOVE. He was not. I lived 12 years catering to him without receiving the love I needed in return. I loved my sister and never thought she could or would ever lie to me or hurt me. I loved my friend because I needed a friend to befriend. Does that make any sense?

I finally let all three individuals know I am angry with them and why. Standing up for myself risks the end of these relationships. How did these three people react when I "blind sighted" them by cutting them off?

My sister admitted she needed to get well, then turned around and blamed me for her miserable consequences. Abusers have what's called the "cycle of abuse" in that s/he will abuse, apologize, and abuse again. In the case of domestic violence, this is called the "cycle of violence". False apologies are typically motivated by the need for love and attention the abuser is now not experiencing from their victim. Should the victim be manipulated into believing this false apology, the victim WILL continue experiencing this cycle. It's crucial to give the abuser time to truly take ownership and seek the help so desperately needed.

The ex-boyfriend simply told me I was hostile and I needed to "let it go". He will not admit accountability or validate I have every right to be angry. My response to him was that I never did anything to deserve such treatment from him. He chooses to not be accountable and to be "avoidant". Last New Year's Eve, a mutual friend told me he has earned the reputation of a "woman hater" by all who know him.

The ex-girlfriend showed her true colors by calling me on a restricted number (or blocking her number) to simply say, "Whore" and hang up. I texted her back that she was cowardly in doing so and that she would never hurt me again, thank God. I then texted her husband to let him know what she did to hold her accountable. He would never approve nor condone such behavior from her. I don't need to follow up or "make sure she is accountable". God will take care of that.

The fear of being alone or suffering loss is the source of why I tolerated the hurt. I'm feeling the release of my habitual anxiety as I accept the things I cannot change, meaning I can't change these people or their behavior. I can't expect they will acknowledge or make amends to their wrong-doings. What I've come to know now is that I need to love myself and God, my children and pets. I will make new and healthier relationships. I live by the Golden Rule. If I am not treated with like reciprocation, it's not worth tolerating. I will make better choices in the next decade to surround myself with people who know what mutual family, love and friendship is all about. 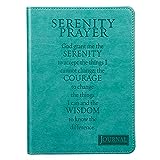