Are you conscious right now? How truly focused are you in your moment to moment actions? Many of us tend to drift through the day lost in a never ending stream of thought.

We are planning dinner three hours from now, or worrying about what someone said at work yesterday. We jump to conclusions about current events, and make snap judgments about the people around us.

All the while we are unaware of the lurking dangers of our misguided actions.

Our actions cause events

The word “karma” is derived from the Sanskrit word “kri” meaning: action. We are constantly creating these actions in everything that we think, say and do.

And since all actions have an equal and opposite reaction according to Newton’s law, then even the smallest of actions produce a ripple in the universe. Karma works in a similar way. In this sense, nothing just “happens”.

There is always a cause and effect to be found.

How many times have you turned on the news and witnessed a story so terrible that it makes you question God and the meaning of it all? A six year old boy riddled with bullets and killed when caught in the middle of a drug deal gone wrong.

Surely a boy that young had not deserved to die. How could a person that age have possibly acquired enough bad karma to meet such a doom?

This is where we see that karma is often times complex. And a karmic event may also involve the paths of multiple people and their actions. For instance, let us examine the players from the above scenario.

What caused these fellows to turn to drugs in the first place? What was their upbringing like? Why the guns and violence? And who was responsible for the little boy?

Quite possibly there were many years of negativity and bad karma brewing. Maybe even generation after generation. But one thing is for sure: there was a definite cause and effect for every incident in that story.

Actions cause karmic events. And the laws of the universe are not there as punishment, they’re just doing their job.

But isn’t karma our fate?

As we begin to understand the principles of karma, we realize that our destiny lies in our own hands. We have the ability through our actions to affect our future, both good and bad.

Karma is similar to the laws of physics in that it does not judge. It is simply an energy or force or magnet seeking balance. And it will bring this balance in due time.

We may not be able to stop it, but we can use it to shape a desirable future.

The dangers of wishing bad on others

We get what we put out. It is not only physical energy that results in a karmic event, but our thoughts and mental energy too. You may be sitting on the couch thinking that because you are doing nothing, you are affecting nothing. But there is more at work here.

How many times have you put out nasty thoughts silently in your head towards someone on the television? You think: they can’t see me or hear me, what’s the big deal, right? But here again is an example of the tiniest of actions causing a ripple. And as we know, every action regardless of how big or small, has an equal and opposite reaction.

In today’s world with the advent of texting and computerized social networks, it is becoming easier and easier to put out hurtful energy with only the click of a button.

How many of us have written something in a text that we would never have said to someone’s face? Gossiping is certainly nothing new, and will likely never go away. But if you engage in this behavior and find yourself struggling in life, facing the same troubles over and over again, maybe it’s time you asked: is this my karma?

Beyond that, there is also a belief known as the Law of Attraction that claims we receive what we think or focus on. Think positive thoughts and you will attract positive results. Although there is no scientific proof for this claim, the concept of influencing future events with our thoughts has intrigued humans for years. And who knows? Maybe you can influence a change in the people around you.

Can we ever become free of karma?

In karma, all must be balanced. There may be times when we see someone, or know someone who does all sorts of bad things and yet, nothing bad ever seems to happen to them.

Do not waste your energy by praying for justice. Remember, karma is a natural law. It is unbiased and ever-flowing. As long as karmic energy remains “stored up” you will have to work it out. It is a cosmic debt that will be collected or paid.

We may not be able to live in such a way that we affect absolutely nothing in the universe. But as I stated, we can use karma to bring about positive things in our lives. So rather than escaping karma completely, which would be extremely difficult, let us work on ways to free ourselves from “negative” karma instead.

One thing to consider when looking at negative karma is that there is no one but you to blame.

If you find yourself stuck, there is a good chance that you are struggling to let go of painful emotions or beliefs. Look inside and see if there is something you could let go of to receive a little freedom.

Try forgiving someone next time you find yourself ready to lash out or take revenge. Forgiveness is a powerful tool in the process of self-healing. Say it out loud; it feels good!

How often do we find ourselves fighting tooth and nail over some completely pointless just to feed our ego? Find freedom in surrender and you will begin filling your journey through life with positive, loving karma.

I believe my thoughts can affect an outcome 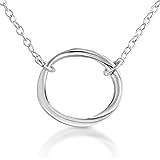